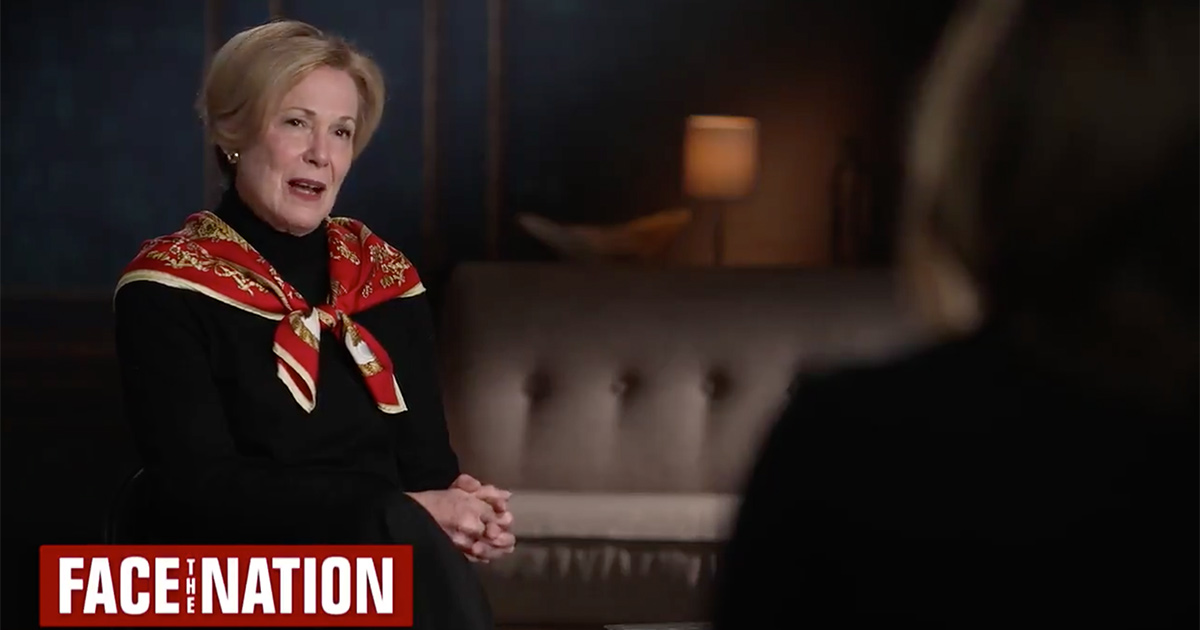 Dr. Deborah Birx got somewhat candid in a new interview about being “censored” by the White House and some of the internal frustrations she felt.

In a preview of the full Face the Nation interview, CBS’ Margaret Brennan asked if there were “covid deniers in the White House.”

“There are people in the White House, and I think people around this country… who definitely believed that this was a hoax,” Birx said.

COVID Deniers inside the White House? “There were people who definitely believed that this was a hoax,” former Trump Coronavirus Response Coordinator Dr. Deborah Birx admits to @margbrennan.

Birx says she took her messaging on the road to avoid being “censored” pic.twitter.com/B30c44MuNM

She said the reason for that was “the information was confusing at the beginning” and that they didn’t talk about the “spectrum of the disease” earlier.

When Brennan asked about President Donald Trump’s own irresponsible rhetoric, Birx — without pointing at the former president directly — said, “When you have a pandemic when you’re relying on every American to change their behavior, communication is absolutely key. And so every time a statement was made by a political leader that wasn’t consistent with public health needs, that derailed our response.”

More:  George Clooney Says Quarantine With Amal and Their Kids Helped Him Understand His Mother

She even added, “It is also why I went out on the road, because I wasn’t censored on the road.”

Have a tip we should know? [email protected]

‘This illness is serious’: Singer Pink says she had tested positive for COVID-19