JTA — Lisa Greer used to devote a significant share of her time and money to long-term philanthropic projects. She didn’t mind that it could take years to see a new multimillion-dollar hospital wing built halfway around the world or for a project requiring years of planning to begin.

But when the pandemic started, her thinking shifted to what was closer to home, and in some cases to what was happening right in her own city.

“I’d much rather get some hospital people PPE, so people can live,” she said from her home in Los Angeles, where hospitals are again filling to capacity and another lockdown has been put into place. “It’s sort of like life or death became more important.”

Greer, a philanthropist and investor, isn’t alone in shifting her giving. According to a recent report by the Jewish Funders Network, a majority of Jewish donors are rethinking their strategies in response to the pandemic, loosening application requirements for grants and increasingly giving unrestricted gifts that can be used for any purpose rather than for specific projects or new programs. 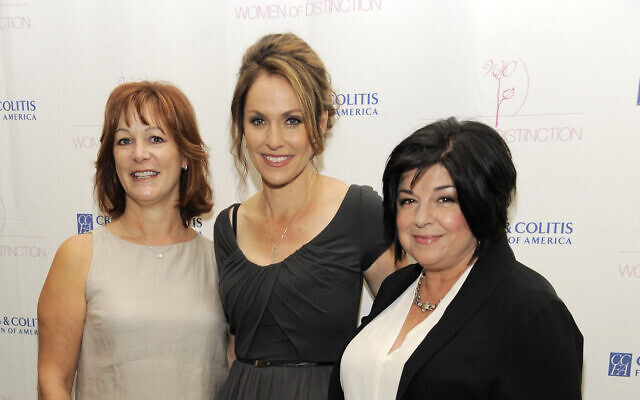 Honorees Lisa Greer, left, Amy Brenneman, center, and Susan Cartsonis at The Crohn’s and Colitis Foundation of America’s Women of Distinction Luncheon at The Beverly Hills Hotel on May 8, 2013, in Beverly Hills, California. (Photo by Chris Pizzello/Invision/AP)

“We’ve been talking about this for years but when the pandemic hit, people really adopted wholeheartedly this more flexible way of giving,” said Andres Spokoiny, president and CEO of the Jewish Funders Network.

The changes to philanthropic giving have perhaps never happened as fast as they have during the pandemic, now in its 10th month, nor is it easy to recall a time in living memory when need has escalated so quickly — though unlike in past crises, a booming stock market means donors are in a better position to give. Not only are the strains on medical resources stronger than ever, but the economic fallout from the pandemic and its accompanying lockdowns has created an unprecedented need for social services like food and housing assistance. That has led some donors to shift their giving and prioritize social services over flashier causes. 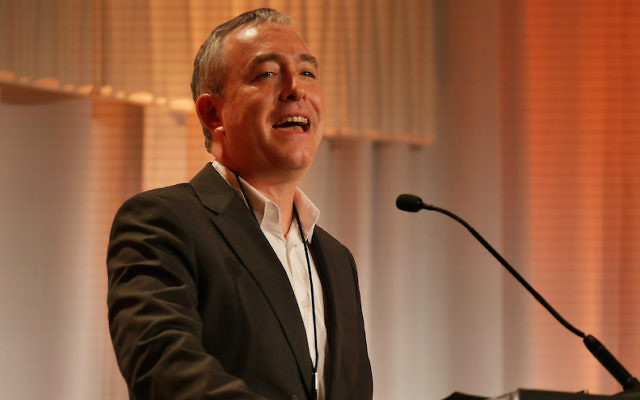 The Jewish Funders Network survey found that the 30 percent of its members — which include over 500 private donors or foundations that give more than $25,000 per year “in the name of Jewish values,” public charities giving more than $100,000, foundations outside the US and giving circles donating more than $50,000 — reported awarding $409 million just in emergency grants. In a typical year, the organization estimates that its membership gives $1.6 billion in total.

More:  Out of the hothouse, into the garden

More than three-quarters of the group’s survey respondents said they had increased their giving in response to the pandemic, and more than half of the respondents had broadened their giving to include new causes, with some of the new areas including support for basic necessities like food and shelter. More than half allowed for previously granted funds to be used for other needs and a like number also provided support for general operating costs. 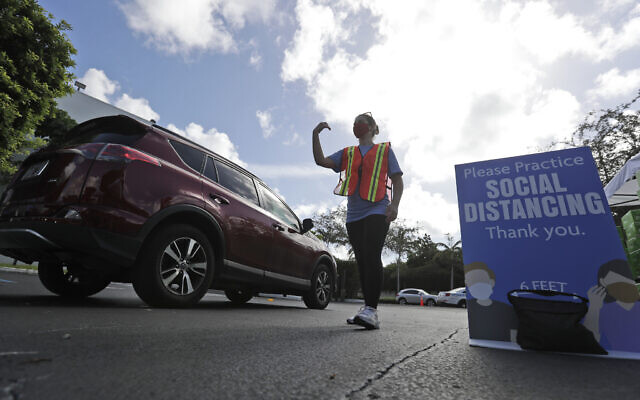 Jewish federations and locally focused foundations have also increased their giving during the pandemic. The Jewish Community Foundation of Los Angeles has disbursed $14 million in COVID response grants this year. UJA-Federation of New York has disbursed approximately $64 million in COVID-related aid on top of its regular grants of $133 million. (The New York federation is a funder of 70 Faces Media, JTA’s parent company.)

Eric Goldstein, CEO of UJA-Federation, said the pandemic had served as a reminder to donors of what was most important.

“Philanthropic people often pursue the shiny object, the new thing,” Goldstein said. “I think in times like this it reminds you how critically important it is to support the abiding institutions that are critical to the well-being of our community going forward.” 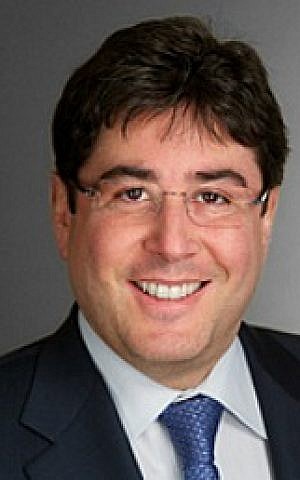 UJA-Federation’s board authorized five extra rounds of grants this year on top of its total budget of approximately $195 million. Most of the extra grants went to social service agencies providing food, shelter and mental health services, as well as to Jewish community centers that were forced to close due to the pandemic.

Goldstein said the skyrocketing demands on social service agencies, which are partially funded by government aid but still require philanthropic support, had triggered an increased awareness of the importance of social services and of the extent of poverty within the Jewish community.

“It’s a critical reminder of how urgent the less glamorous social service needs are,” Goldstein said.

UJA-Federation dipped into its endowment to cover the cost of some of its emergency grants this year, just like it did during the Great Depression when it nearly depleted its funds while aiding the unemployed. But during the pandemic, UJA-Federation saw an increase in donations, in part because the stock market has been rallying, leaving donors feeling confident and able to maintain their usual gifts, if not increase them.

And even as funders shifted their focus to critical services like food assistance and mental health services or ensuring hospitals have adequate PPE, some say it’s still important to support cultural institutions and projects having to do with Jewish life. 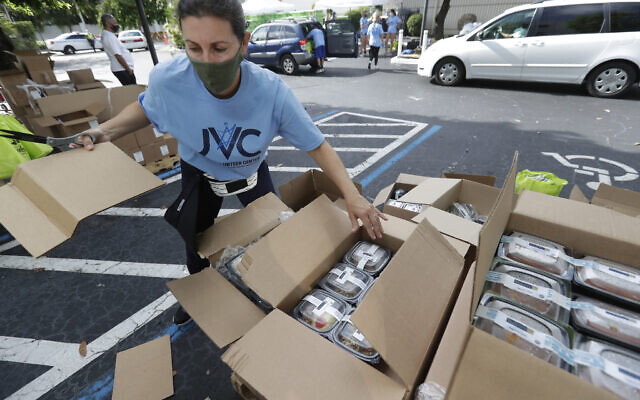 The dilemma of whether it is right to give to the arts or to other causes when people are going hungry “is a very old dilemma, it’s not a pandemic dilemma,” Spokoiny said.

He believes there are enough resources to support all of the causes and that cultural projects and Jewish life initiatives should not be neglected because there are more basic needs still going unmet.

“It becomes a very difficult conversation,” he acknowledged. “I tend to think that community building and welfare needs are complementary. Engaged communities give more to charity, so how do you create engaged community? With things that are not social services.”

Greer started supporting a local performing arts center after her daily drives past the darkened theater made her think about how many people were dependent on the center for their livelihoods. 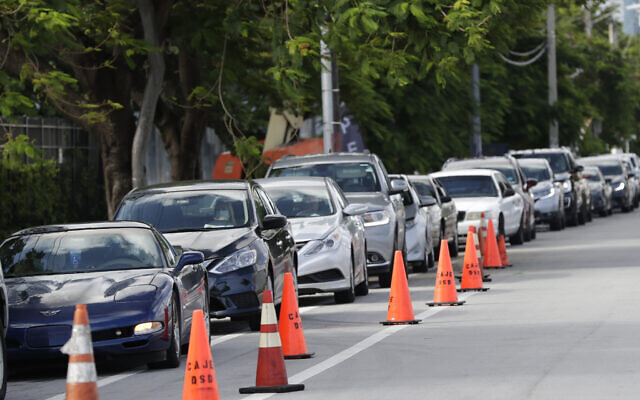 Illustrative: A line of cars wait at the entrance to a kosher food drive-thru distribution site, July 29, 2020, at the Greater Miami Jewish Federation building in Miami. (AP Photo/Wilfredo Lee)

“At the beginning I thought about it just on that level, it doesn’t matter if we go to the theater, people need food,” Greer said. “And then when I started understanding, wait, there are 300 people and they have families and they provide for their families and all of a sudden you’ve got a thousand people who aren’t going to have food because the theater is dark.”

When it comes to thinking about a post-pandemic future, Spokoiny said, those institutions are going to be critically important. He likened the period after mass vaccination against the coronavirus to the Reformation period that followed the Black Death in the Middle Ages. He said he wants Jewish organizations to be in a position to offer spiritual direction to Jews once the pandemic allows some normal life to resume.

“There is always a spiritual search after a pandemic,” Spokoiny said. “And if we don’t invest enough in that stuff, we won’t be able to provide an avenue for Jews to engage in that.”