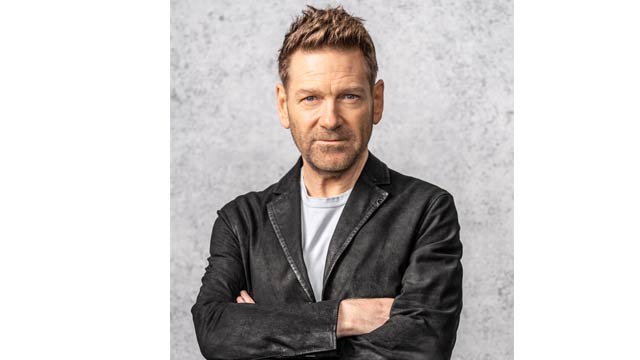 Sky today announced the commission of a major new limited series, This Sceptred Isle. The Sky Original drama which will air on Sky Atlantic and streaming service NOW TV will be produced by Fremantle, Richard Brown’s Passenger and Michael Winterbottom’s Revolution Films. BAFTA and Emmy award-winning actor Kenneth Branagh will play U.K. Prime Minister, Boris Johnson. The five-part drama will chart the events surrounding the U.K. Prime Minister, the government, and the country in the face of the first wave of the global pandemic.

This Sceptred Isle will tell the tale of some of the most devastating events to ever befall the United Kingdom, and of a Prime Minister leading in these unprecedented times. The drama will trace the impact on Britain from this once in a generation pandemic, and the response of scientists, nurses, and doctors as they worked tirelessly and heroically to contain and overcome the virus. It is based on the first-hand testimony of people from all walks of life; from Number 10 Downing Street, the Department of Health, The Scientific Advisory Group for Emergencies (SAGE), and from hospitals and care homes across the country.

Michael Winterbottom has co-written the series with Kieron Quirke, and will direct all five episodes. He will also Executive Produce alongside Richard Brown (Passenger). Melissa Parmenter (Revolution Films) will produce alongside Josh Hyams and Anthony Wilcox. Tim Shipman, political editor of The Sunday Times, is acting as a consultant on the series. This Sceptred Isle is the first project to emerge from a multi-year first look deal for scripted drama series struck by Fremantle and Passenger with Revolution Films.

Winterbottom has a track record of making factual based dramas including the award-winning films Welcome to Sarajevo, A Mighty Heart, 24 Hour Party People and The Road to Guantanamo.

Co-Writer & Director, Michael Winterbottom said: “The first wave of the Covid–19 pandemic will be remembered forever. A time when the country came together to battle an invisible enemy. A time when people were more aware than ever of the importance of community. Our series weaves together countless true stories – from Boris Johnson in Number 10 to front line workers around the country – chronicling the efforts of scientists, doctors, care home workers and policy makers to protect us from the virus”.

Sky UK Managing Director of Content, Zai Bennett said: “Covid-19 has presented once-in-a-generation challenges to the world, and in the UK the resilience and fortitude of the public over the past year has been nothing short of extraordinary. Portraying NHS staff and key workers on the frontlines of the extraordinary fight, to those in government facing unprecedented challenges; Michael Winterbottom has a clear and compelling vision in telling this remarkable story. The incredible creative talent Fremantle have assembled including the central performance from Kenneth Branagh will make This Sceptred Isle a drama we are proud to be part of telling.”

Executive Producer, Richard Brown said: “Michael is a master of weaving compelling drama from factual stories and he has an undeniable, distinct vision for this project. He and Kieron have written remarkable and meticulously researched scripts which powerfully dramatise these extraordinary events that continue to affect us all”.

This Sceptred Isle was commissioned for Sky by Zai Bennett, Sky UK’s Managing Director of Content. Gabriel Silver, is the Senior Commissioning Editor for Sky Studios. The five-part series will commence shooting in early 2021 and is expected to premiere on Sky Atlantic across all Sky territories (UK, Germany, Italy, Austria and Ireland) in Autumn 2022.

Fremantle is one of the largest and most successful creators, producers and distributors of scripted and unscripted content in the world. From Got Talent to My Brilliant Friend, Family Feud to The Young Pope, Idols to American Gods, The Price is Right to Neighbours and The X Factor to Enslaved – we are behind the world’s most-loved and most-watched shows.

We produce in excess of 12,000 hours of original programming, roll out more than 70 formats and air 400 programmes a year worldwide. We also distribute over 20,000 hours of content in more than 200 territories.

As a world leader in digital and branded entertainment, we have more than 370 million subscribers across 1,500 social channels and over 100 billion views across all platforms – and are the creator of Facebook’s most viewed video of all time, The Sacred Riana.

Winterbottom is the extraordinarily prolific and versatile filmmaker behind Palm D’Or nominees Welcome to Sarajevo, Wonderland and 24 Hour Party People in addition to many highly acclaimed films including A Cock And Bull Story, Code 46, The Killer Inside Me and Golden Bear winning In This World. Revolution has a track record of making award winning television including The Trip, Red Riding, Everyday, The Road to Guantanamo, The Unloved and Go Now – all of which were nominated for BAFTAs.

Top 1000 Colleges and Universities in the United States