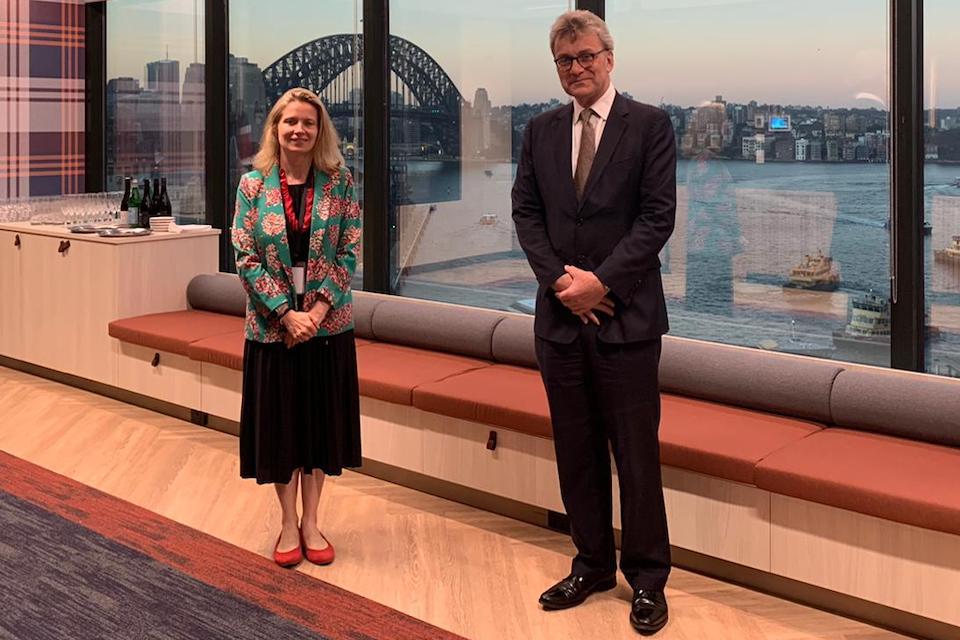 Louise Cantillon has been appointed as the new British Consul General to New South Wales. Her role includes that of Deputy Trade Commissioner Asia Pacific (Australia and New Zealand) for the Department for International Trade (DIT) responsible for identifying and progressing trade and investment opportunities across key sectors including infrastructure, technology, financial services and defence.

Cantillon as a senior member of the British High Commission’s network across Australia will contribute to the delivery of key foreign policy objectives for the UK including climate leadership and preparation for the UK’s Presidency of the UN Climate Conference (COP26).

I am delighted to join the Australian and New Zealand networks during such a pivotal and exciting time for our countries.

I am looking forward to working across the network as well as with partners, industry and government as we continue to strengthen our already rich relationships.

As the first female British Consul General in Sydney, I am incredibly proud to be leading and representing the team at such an important time for us all.

I am delighted to welcome Louise to our team.

This an important time as we take our partnership with Australia to one of strategic significance. She has a wealth of experience in trade and investment which will be vital as we work towards our ambitious free trade agreement and the future opportunities that follow. This will deliver jobs and growth for both our economies as we seek to build back better and greener post-Covid.

Louise moved to Australia from Shanghai, China, where she was DIT’s Sector Director and Minister Counsellor of Creative, Consumer and Learning Industries. She also previously led the Infrastructure, Creative and Sports Teams in China.

A chartered surveyor by background, Louise brings a wealth of international experience in both the public and private sectors, including the Head of Major Projects at the British Council working across Afghanistan, India, Bangladesh, Pakistan, and Malaysia.

In 2019 to 2020 (July to June), total trade in goods and services between the UK and Australia was AUS$36.7 billion, making the UK Australia’s fifth-largest trading partner. The UK is also the third largest direct investor in Australia and the second-largest destination for Australian foreign direct investment.

Louise took up her new roles effective of 26 April 2021 and will be based at the British Consulate General Sydney. Find her on Twitter and LinkedIn (log in required)

Louise has recently taken up weight lifting, is fluent in Mandarin and enjoys spending her spare time (bush!) walking with her family.

At least 65,000 feared to have coronavirus in Scotland as another eight die