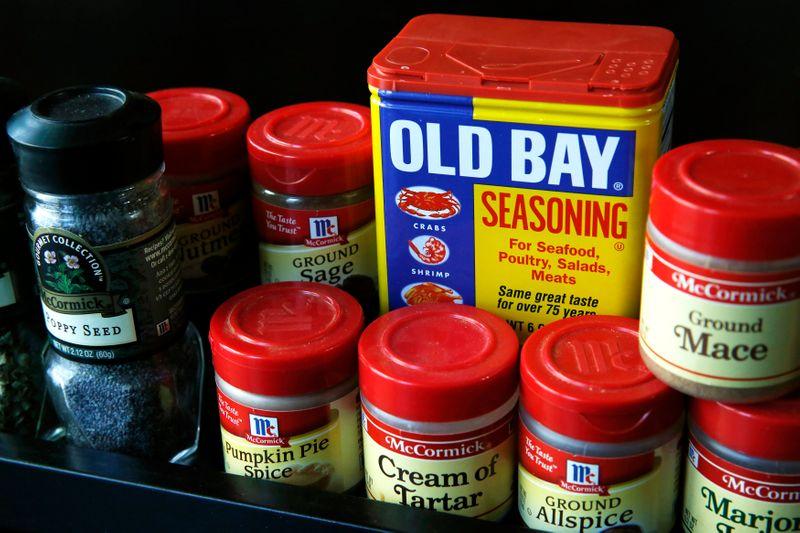 (Reuters) – Spice maker McCormick & Co Inc said on Tuesday it would buy hot-sauce maker Cholula’s parent from private equity firm L Catterton for $800 million, as it looks to cash in on robust demand for packaged foods during the COVID-19 pandemic.

Several food producers, ranging from plant-based patty maker Beyond Meat Inc to breakfast cereal maker Kellogg Co, have seen a surge in their sales to supermarkets as people cook more at home due to the health crisis.

Hot sauces have grown in popularity in recent years, thanks in part to the rising popularity of spicier cuisines such as Thai and Szechwan, as well as the pop-culture influence of YouTube shows such as Hot Ones.

Cholula’s annual net sales are about $96 million and are expected to grow in the mid-to high-single digits in a normalized environment beyond the pandemic, McCormick said.

The deal, likely to be completed by the end of this year, is expected to add to McCormick’s adjusted earnings per share in 2021, the company said.

The Wall Street Journal first reported on Monday that McCormick was nearing a deal to buy Cholula.

Analysts have said fast-growing Cholula is a great fit for McCormick’s portfolio, but they remained cautious as to whether the deal would receive regulatory clearance.

Reporting by Praveen Paramasivam in Bengaluru; Editing by Aditya Soni