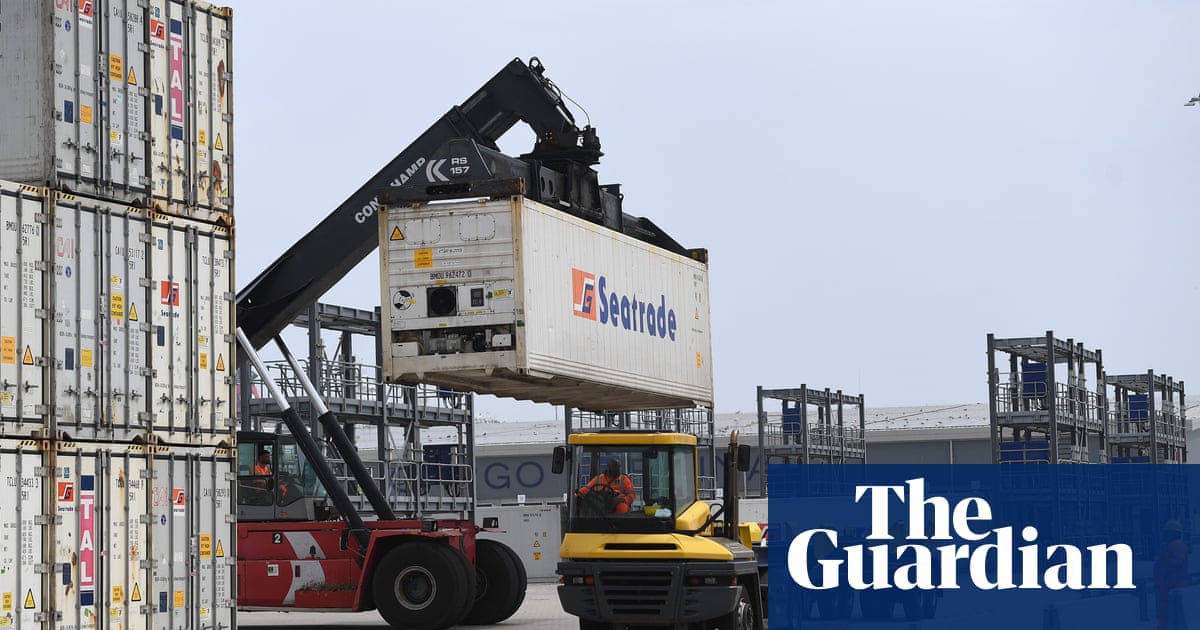 The government has privately admitted the UK faces an increased likelihood of “systemic economic crisis” as it completes its exit from the European Union in the middle of a second wave of the coronavirus pandemic.

A confidential Cabinet Office briefing seen by the Guardian also warns of a “notable risk” that in coming months the country could face a perfect storm of simultaneous disasters, including the prospect of a bad flu season on top of the medical strains caused by Covid.

“Winter 2020 could see a combination of severe flooding, pandemic influenza, a novel emerging infectious disease and coordinated industrial action, against a backdrop of the end of the [Brexit] transition period,” it warns.

The briefing, marked “official sensitive” and dated September, lays out for government planners the possible impacts of the last stage of Brexit, detailing “reasonable worst case scenarios” across 20 different areas of national life from oil and healthcare to travel and policing.

It also summarises Whitehall’s views on the current state of the nation to provide context for those warnings, depicting a country struggling to overcome difficulties posed by one crisis, yet bracing for a second, as all departments are told to prepare for a “no deal” departure.

Global and British food supply chains will be disrupted by “circumstances occurring concurrently at the end of the year”, the paper warns. Stockpiles built up at the end of 2019 were diminished during the pandemic and cannot easily be replenished.

There will not be overall food shortages but problems could reduce availability of some fresh supplies and push up prices. Low income groups will be most at risk of food insecurity if there is a no deal Brexit, including single parents, children in large families and those with disabilities.

Economic chaos could raise the risks of a breakdown in public order and a national mental health crisis, while reducing the “financial levers” available for the government to respond to other risks, this description of “planning assumptions” warns.

There may also be an increase in “community tensions” and public disorder. Police tracked increases in Brexit-related hate crime in March 2019 and the end of that year – two other periods of intense political and public focus on leaving the EU, the briefing notes.

The Cabinet Office said it did not comment on the contents of leaked documents, but said it was part of “intensive planning” to support individuals and citizens at the end of the transition period.

The threats of disruption to essential services, and analysts’ confidence in their assessments are ranked by a traffic light system – red, amber and green. Areas marked as high or moderate concern include public disorder, law enforcement, “impact on low economic groups”, adult social care and food and water supplies.

The projections incorporate some of the details revealed when “Operation Yellowhammer” contingency plans for a no-deal exit leaked last year. But the new scenarios go even further.

Many problems identified then have been magnified by the impact of a costly and devastating pandemic and the briefing includes warnings of a “high degree of change” regardless of whether Britain can agree a trade deal with Europe.

Some of the starkest descriptions are reserved for the health and social care sectors. “The pandemic has and will continue to limit the capacity of the health and care sector to prepare for and respond to the end of the transition period,” it warns, noting expectations of a “sustained level of system disruption from November until at least April”.

Adult social care provision is a particular concern with the civil service admitting it is “acutely aware” of the risk posed by potential labour shortages caused by Brexit, because of reliance on EU citizens and a workforce already stretched by pandemic controls.

The government had not expected Brexit to cause a major change in this area, but an increase in inflation that pushes up staff and supply costs “may lead to provider failure”.

A drop in imports of medicines is also flagged as a serious potential problem, with “a reasonable worst case flow rate of 60-80% of current levels”, putting patient safety at risk. However, in October the government announced ferry freight contracts worth nearly £80m, to ensure medicines and other vital supplies continue to reach the UK.

The scenarios assume “significant winter resurgence” of Covid with cases increasing through October and November – exactly the trajectory the country was on before the second national lockdown, though there is evidence infections are now falling.

Controls to combat this new rise in cases may “severely damage” the economy. “Recovery is negligible; consumer and investor confidence remains low in the longer term; international trade is severely disrupted,” the description of fallout from a surge of infections warns.

The government may struggle to get help from the private sector, as the pandemic has left many of the UK’s businesses with diminished capacity to deal with any financial shock caused by Brexit.

“Companies are more fragile across many sectors and this will have an impact on business readiness and vulnerability towards the end of the transition period,” the document says. “The likelihood of commercial failures, including of major government contractors, has increased,” while smaller companies may be “harder to reach and slower to act”.

Local council finances are particularly shaky. “The level of sustained activity over 2020 at the local level has resulted in a lack of institutional capacity to absorb and implement the required changes for the end of the transition period” the document warned.

Five per cent of them are at risk of financial failure in the wake of Covid-19, even after government support, and a no-deal Brexit could mean even higher demand on their services. The most vulnerable could need support from the military, or extra aid from the central government “especially if local responders find resources diverted to concurrent emergencies”.

Other concerns include shortages of chemicals needed to treat the water supply and veterinary medicines essential to the food chain. These “are now depleted” and British manufacturing capacity has been reduced because of Covid.

Other fresh problems flagged up in the report include a potential 10 to 20% increase in travel insurance premiums for holidaymakers heading to the continent, now the European Union health insurance card is not valid, and people with pre-existing conditions may struggle to get coverage.

Covid may also have complicated people’s plans to move, either to or from the UK, leading to people losing access to social security cover, without any agreement to cover them. In the UK vulnerable people who have not correctly completed their paperwork, but have struggled to access help during the pandemic, could also be cut off from support.

A coronavirus vaccine could be ready this fall, according to British scientists

Venture capitalist says NYC is NOT dead and will bounce back

An undeniable exemplary leadership- Selfless Sacrifices of our King