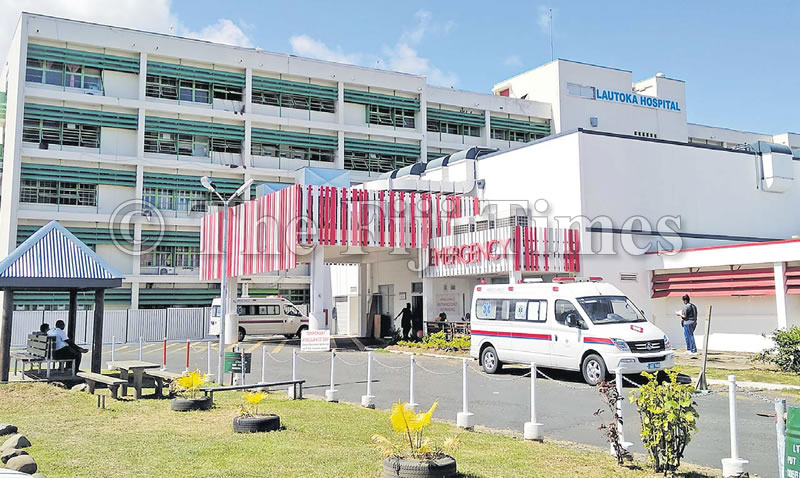 “WE are at war with COVID-19 and the frontline has just been extended to the Lautoka Hospital.”

These were the chilling words of Health Ministry permanent secretary Dr James Fong as the hospital was locked down yesterday, with more than 400 doctors, nurses, medical workers and patients contained as of yesterday.

“This will be the greatest test our healthcare system has ever faced – it will be a test for all of us,” he said.

“Lives are at stake, sacrifices must be made, and every Fijian’s commitment is needed.”

Dr Fong made the announcement as he revealed four new cases in Fiji.

“Two are border quarantine cases – these are both soldiers returning from their tours of duty as peacekeepers in the Golan Heights.

“Our two other cases are local. One is extremely serious.”

Dr Fong said the two new local cases were a 53-year-old man (case 125), who was admitted at the Lautoka Hospital and a 27-year-old woman from Narere who was linked to the Makoi case.

He said case 125 was admitted at the Lautoka Hospital on April 19 for a surgical procedure which was successfully done but he developed respiratory symptoms on April 28.

“The doctor developed symptoms on May 1st, and tested positive yesterday (Tuesday).”

“We know that this doctor, case 121, had tested negative for the virus on April 26th, he tested positive yesterday as part of contact tracing for case 120, and his results indicate he very recently caught the virus.”

Dr Fong said case 125’s condition deteriorated yesterday and he was moved into the ICU where he was swabbed and tested positive.

“His described timeline and the recent deterioration in his condition indicate he is likely a late-stage carrier of the virus.

“So, we suspect that this patient, who is case number 125, transmitted the virus to the doctors, not the other way around.”

Cook says four-day game may be curtailed by pandemic

CMA to examine if ‘eco-friendly’ claims are misleading