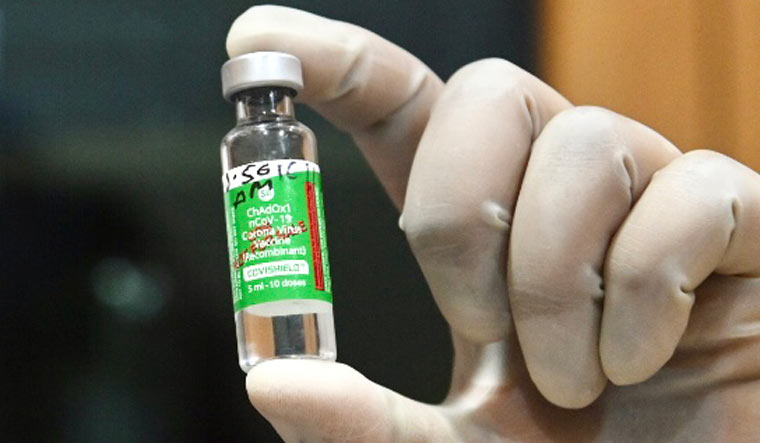 As the first day of the coronavirus inoculation exercise unfolded on Saturday, COVID-19 vaccine shots were given to nearly two lakh frontline healthcare and sanitary workers. Prime Minister Narendra Modi rolled out the world’s largest inoculation drive against the pandemic that has caused 1,52,093 deaths and upended millions of lives in the country.

As Modi asserted that the two vaccines being deployed will ensure a decisive victory for India against the coronavirus, the Union health ministry said no case of post-inoculation hospitalisation. However, it emerged in the night that there were two cases—a nurse in West Bengal and a security guard in Delhi—which required hospitalisation after they developed allergic reaction. Their respective conditions were reported as stable.

A total of 1,91,181 beneficiaries were inoculated with COVID-19 vaccine at 3,352 session sites across the country on the first day, the health ministry said. India has the second highest recorded cases of COVID-19 after the US. The caseload stood at 1,05,42,841 as on Saturday. Health workers who got their first shots of Covaxin at the AIIMS were made to sign a consent form that promised compensation in case of a “severe adverse event” related to the vaccine.

A 35-year-old nurse in Kolkata was hospitalised after she lost consciousness post administration of Covishield and she was among the 14 AEFI (adverse event following immunisation) cases reported from different parts of the state. Allergic reactions after vaccination are common. The security guard, who is in his 20s and was administered Covaxin at the All India Institute of Medical Sciences (AIIMS) in Delhi, complained of palpitations and developed an allergic skin rash within 15-20 minutes after being inoculated and was admitted to the facility.

Delhi: Over 4,300 healthcare workers received their first shots on Saturday, with Delhi Health Minister Satyendar Jain asserting that the COVID-19 vaccination drive was “successfully conducted” on the first day.

Mumbai: The inoculation drive for coronavirus will be suspended in Mumbai for the next two days owing to technical issues with the Co-WIN app, the Brihanmumbai Municipal Corporation (BMC) said. Co-WIN app allows registration for the vaccination. “Digital registration is mandatory for COVID-19 vaccination, but on the first day of the drive today, the government had allowed offline registration in case of any technical problem,” the civic body said in a statement. In view of this direction and problems with the Co-WIN app, inoculation in Mumbai will be suspended while the Union government removes the problem.

Chandigarh: 374 beneficiaries were administered COVID-19 vaccine in Chandigarh. The vaccination drive went off well without any major adverse event at all the session sites. The Union territory has received 12,000 doses of COVID-19 vaccine and health authorities provided 1,000 doses to the PGIMER.

Andhra Pradesh: Over 19,000 healthcare workers were administered the coronavirus vaccine on the first day in Andhra Pradesh. Health Commissioner Katamaneni Bhaskar said eight cases of AEFI were reported in three districts. As against the target of 31,570 health workers, 19,108 turned up for vaccination on the first day.

Odisha: Of the total 16,314 people targeted to receive the jabs, 13,292 frontline workers took the vaccine on the first day. Around 81 per cent of the targeted beneficiaries on Saturday turned out at designated centres across Odisha to receive the COVID-19 vaccine as the state government rolled out the inoculation drive. “About 81 per cent of the beneficiaries have received the vaccine in 161 session sites across the state by 6pm,” a senior health department official said.

Kerala: The first day of the COVID-19 vaccine drive in Kerala, part of a nationwide exercise that began on Saturday, saw 8,062 health workers getting inoculated and no side effect being reported. The vaccination was carried out at 133 designated centres, with prominent doctors among the first batch of frontline workers to get the shots, Health Minister K.K. Shailaja said.

Telangana: Almost 4,000 health care personnel received it and no severe reaction reported from any part of the state. While the target was to vaccinate 4,296 people on Saturday, it was administered to 3,962 people.

Madhya Pradesh: A total of 9,564 persons were inoculated in the state on the first day of nationwide drive. As of 5 pm, 9,564 persons had received the jab at 150 centres across Madhya Pradesh, while only eight cases of minor side effects were reported.

“These vaccines will ensure a decisive victory for India against coronavirus,” PM Modi said. Addressing the nation ahead of the launch of what he described as the world’s largest vaccination programme, Modi reassured the country that emergency use authorisation was given to the two made in India vaccines only after scientists were convinced of their safety and effectiveness, and urged people to beware of propaganda and rumours.

Senior doctors received the first shot at many identified vaccination sites to dispel any apprehensions about the vaccine. Vardhan told reporters that the two vaccines—Covaxin developed by Bharat Biotech and Covishield from the Oxford/AstraZeneca stable manufactured by the SII—were a ‘sanjivani’ (life infusing) in the fight against the pandemic.

“We have got encouraging and satisfactory feedback results on the first day. This indicates that we are moving towards victory in the fight against coronavirus,” he said during a review meeting in the evening.

A total of 1,91,181 beneficiaries were inoculated with COVID-19 vaccine at 3,352 session sites across the country on the first day, the health ministry said. India has the second highest recorded cases of COVID-19 after the US. The caseload stood at 1,05,42,841 as on Saturday. Health workers who got their first shots of Covaxin at the AIIMS were made to sign a consent form that promised compensation in case of a “severe adverse event” related to the vaccine.