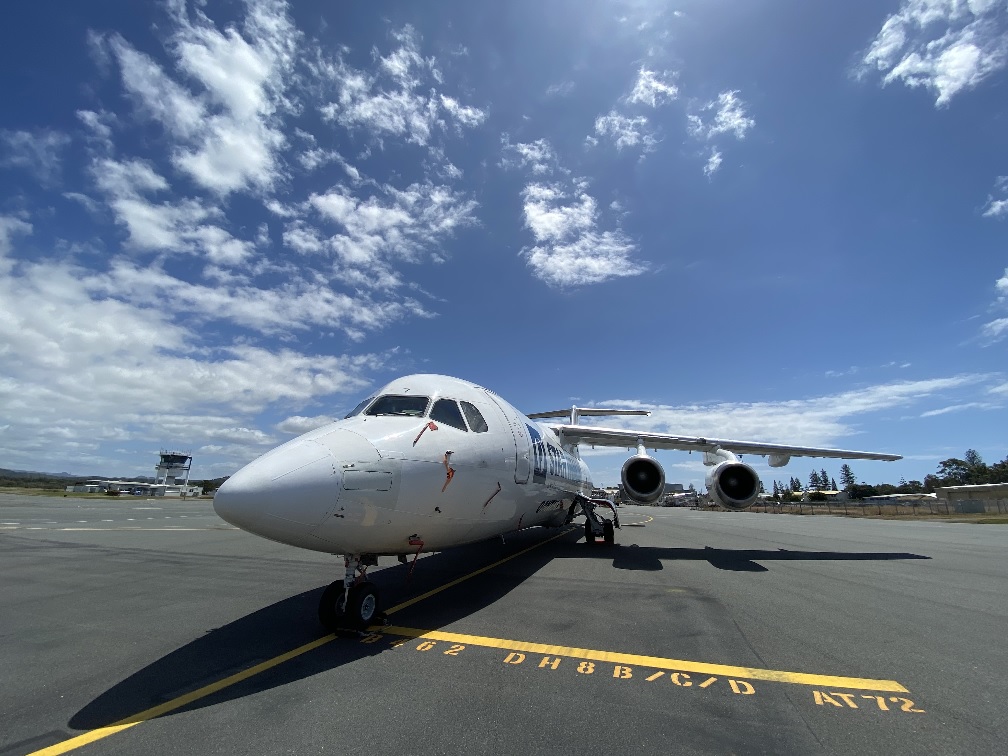 A new dedicated Australia Post freighter has taken to the skies transporting up to 60 tonnes of mail each week to and from the Gold Coast, improving parcel delivery times for local online shoppers ahead of Christmas.

The new freighter service comes as local demand for parcels booms, with online shopping growth for the first eight months of the pandemic up 64 per cent year-on-year.

Popular purchases on the Gold Coast include food and liquor, and home and garden products, with both categories up 90 and 78 per cent respectively, when compared to the same time last year.

Essential medical supplies and various other items are also transported via the service.

Australia Post General Manager Deliveries North, Christian Jackson said the new service is one of many recent investments the organisation has made it its air network during the pandemic.

“We’ve invested heavily in our air network this year and looked closely at where we were seeing big growth so we can better service the Australian community,” said Mr Jackson.

“The dedicated Gold Coast freighter is an important addition to our network as it removes the need for parcels to transit via Brisbane, allowing us to get parcels to customers faster than ever before.

“With this new plane we have more than 70 flights to and from Queensland each week – an increase of 40 per cent since February – so we’re well placed to deliver for Queenslanders ahead of the upcoming Cyber sales and the Christmas rush,” Mr Jackson continued.

Australia Post has also boosted capacity on the ground welcoming 1000 new recruits to its Queensland operations. This includes more than 350 Christmas casuals who will be working at Australia Post’s Brisbane Parcel Facility helping to process up to 700,000 parcels per day.

The Brisbane facility – the largest of its kind in the southern hemisphere – celebrated its first birthday in October and has processed more than 85 million parcels in its first year of operation.

Earlier this year, Australia Post also installed two new, automated parcel conveyors at its Pinkenba and Molendinar delivery facilities which have a combined processing capacity of 45,000 parcels per day; improving safety for staff and efficiency for customers.

“We’ve been delivering like it is Christmas for months now, and we’ve been planning meticulously for this upcoming peak. Our Queensland network is primed and ready to deliver what we know will be a Christmas like no other,” said Mr Jackson concluded.

Customers are reminded to post early this year to guarantee delivery prior to Christmas. Final posting dates are 12 December for Express post and 19 December for Parcel Post.

More information is available at: auspost.com.au/Christmas.