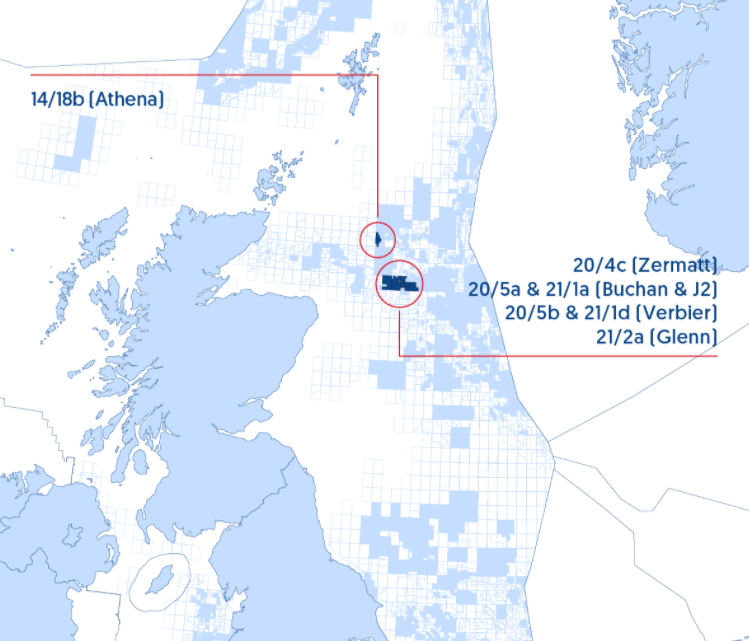 UK oil and gas exploration and production firm Jersey Oil & Gas (JOG), has agreed to buy Cieco V&C, a company which owns an interest in JOG-controlled Licence P2170, in the UK North Sea.

The company has entered into a conditional sale and purchase agreement to acquire the entire issued share capital of Cieco V&C, from owners Itochu and Jogmec.

Jersey Oil and Gas said the acquisition would secure an additional 12% working interest in Licence P2170 in the North Sea, providing JOG with 100% ownership and full control of Licence P2170. The license is located within JOG’s Greater Buchan Area (“GBA”) development project

Cieco V&C’s sole portfolio asset is the Licence P2170 Interest. The acquisition also increases JOG’s ownership of the Verbier oil discovery, the majority of which sits within Licence P2170

Jersey will pay £150,000 in cash on completion. The deal includes contingent payments of up to  £2.5 million. Namely, Jersey will pay £1.5 million in cash upon consent from the UK’s Oil & Gas Authority (“OGA”) for a Field Development Plan (“FDP”) in respect of the Verbier discovery in the Upper Jurassic (J62-J64) Burns Sandstone reservoir located on Licence P2170; and £1 million in cash payable not later than one year after first oil from all or any part of the area which is the subject of the FDP.

The completion of the acquisition is subject to OGA approval.  The Acquisition is also contingent on Itochu acquiring Jogmec’s shares in Cieco V&C ahead of completion, the timing for which is anticipated to coincide with the OGA’s approval process.

Andrew Benitz, CEO of JOG, commented: “The corporate acquisition of Cieco V&C completes 100% ownership of the final component of our GBA project that was not previously wholly-owned by JOG and positions us perfectly ahead of the completion of Concept Select and the planned launch of JOG’s wider GBA sales process.

“We are grateful to the Cieco V&C team for the valuable contributions they have made during our partnership on Licence P2170, which led to the Verbier oil discovery in 2017 and we wish them well with their future endeavors.”