NEW ORLEANS, La. (October 14, 2020) – Brandon Felder, the Executive Chef of Centerplate, the New Orleans Ernest N. Morial Convention Center’s exclusive food and beverage provider, earned “Best in Show” honors in the “Savory” category of the 2020 New Orleans Food and Wine Experience Culinary Awards. One of the premiere culinary events in the city, the New Orleans Food and Wine Experience attracts top chefs from around the Crescent City to compete in this high-profile competition.

“We are all so proud of Chef Felder and the entire team here at Centerplate on this outstanding accomplishment,” says Jack Lyon, General Manager of Centerplate at the New Orleans Ernest N. Morial Convention Center. “Chef Felder is an outstanding leader in the kitchen, not only does he get the most out of our chefs, he also strives to improve his own skills through a blend of creative dishes with outstanding flavor profiles.”

A New Orleans-born chef who received his Bachelor of Culinary Arts from the Culinary Institute of Virginia College in Birmingham, Felder adds this accolade to his trophy case, which includes gold medals in previous New Orleans Food and Wine Experience competitions, and the Gambit Emerging Chefs Challenge. Before joining the New Orleans Ernest N. Morial Convention Center, Felder served in senior leadership positions in the kitchens of top New Orleans restaurants, including Le Foret, Stella!, and Commanders’ Palace.

Dishes for this contest were submitted in March of 2020, but due to the COVID-19 Pandemic, the New Orleans Food and Wine Experience and was postponed. Chef Felder will now receive his Best in Show award at a small, socially distanced ceremony in December 2020. 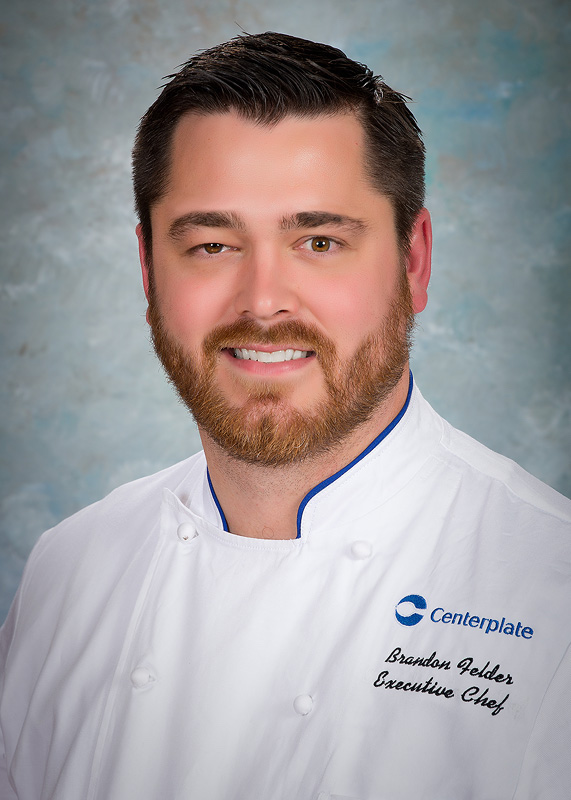 With 1.1 million square feet of prime exhibit space, in an entirely contiguous hall, the New Orleans Ernest N. Morial Convention Center provides the largest single exhibit space in the country, features an award winning staff, first class amenities, and is the sixth largest convention center in the nation. A leading contributor to the city’s robust tourism economy, the Convention Center’s event activity has produced $90.1 billion in economic impact since its 1985 opening, including $5.7 billion in new tax revenue for state and local governments.

Centerplate is a leader in live event hospitality, “Making It Better To Be There®” for more than 115 million guests each year at more than 200 prominent entertainment, sports and convention venues—including Hard Rock Stadium and the Miami Beach Convention Center. From hosting VIPs at the Super Bowl to superheroes at Comic Con, the company provides hospitality services to North America’s premier events. A Sodexo company, Centerplate creates unique, locally-inspired menus, best-in-class guest service, and one-of-a-kind experiences backed by world-class design and insights teams. Visit the company online, connect via Twitter @centerplate, Instagram @Centerplate_ or Facebook.com/centerplate.