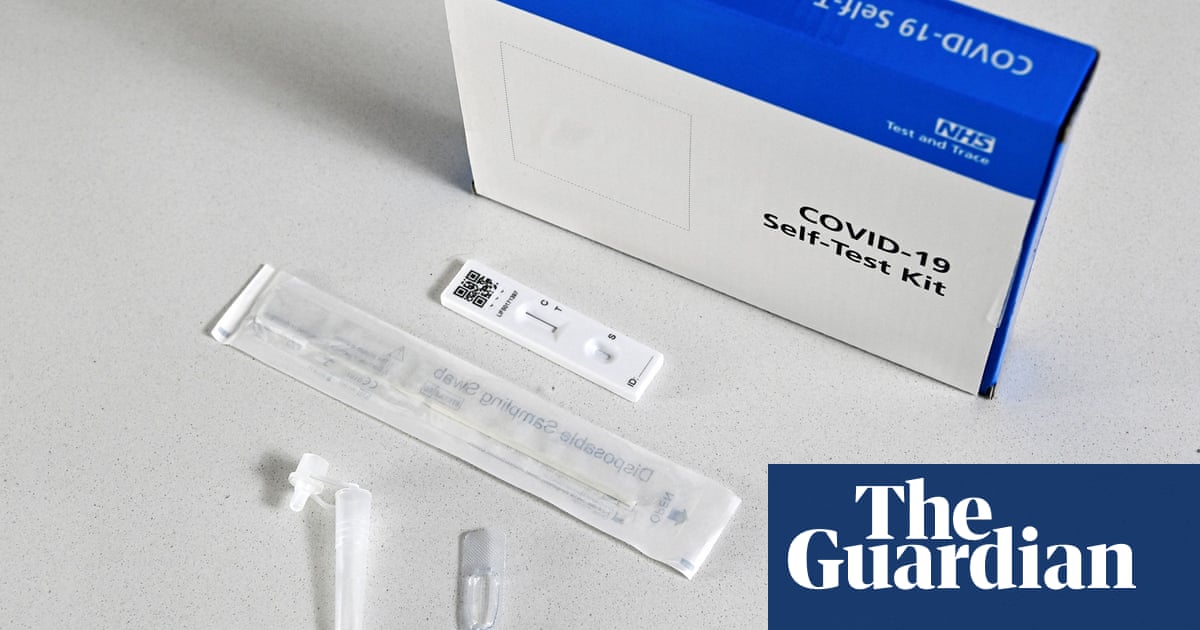 Everyone in England is now able to take a free Covid-19 lateral flow test (LFT) twice a week, but experts have raised concerns about accuracy. We take a look at the issues.

What is a lateral flow test?

LFTs are a rapid way of testing for Covid-19. A swab is taken from the back of the nose or throat, mixed with an extraction fluid, and a drop of this mixture is placed in a well on a small device. The fluid is then drawn into the device and along a strip of test paper. Should coronavirus proteins be detected, a red line will appear, in addition to a second line that indicates the test is working. It works a little like a pregnancy test, but instead of looking for certain hormones, the test contains antibodies that bind to coronavirus proteins.

These tests differ from polymerase chain reaction (PCR) tests, which look for genetic material from the virus, called RNA (ribonucleic acid) and are more accurate. However, LFTs have the advantages of being cheap and offering results in about 30 minutes, and they can be carried out at home.

Where are LFTs used?

Until recently the tests were used for mass testing in particular settings, such as schools. However, earlier this month NHS England announced that LFTs would be made available for all adults to take a test twice a week. The idea is that the tests will help pick up cases of Covid that may otherwise go undetected, for example because of few or no symptoms, and help prevent the spread of the virus.

How accurate are LFTs?

There are two important measures to think about when it comes to accuracy: false positives, where a test erroneously suggests someone has Covid, and false negatives, where the test fails to pick up that someone has the virus.

When it comes to LFTs, the accuracy appears to depend on the make of the test used, whether people have symptoms, and who is conducting the test.

For example, one study by researchers at the University of Oxford and Public Health England’s Porton Down lab found the LFTs were more accurate in the hands of skilled scientists, picking up 79% of Covid cases, than self-trained members of the public, who detected 58% of Covid cases.

Estimates for these rates vary. However, according to the Department of Health and Social Care (DHSC), and comparing results against those obtained by PCR testing, the false positive rate for LFTs is fewer than one in 1,000, while the false negative rate could be as high as 50%.

What are the concerns?

One concern is that those who receive a negative result from LFTs may still have the virus – experts have previously said this means the tests should be seen as offering a “red light” rather than a “green light”.

This is not a big problem when there is lots of Covid about, as the number of false positives will be far lower than the number of true positives. But when Covid cases plummet, the problem grows.

Look at it this way: if one in 1,000 tests mistakenly show up positive (a false positive rate of 0.1%), then even if there is no Covid around, 10 people out of every 10,000 tested would receive a positive result. That could mean a large number of people are asked to self-isolate who do not have Covid.

In a leaked email seen by the Guardian, a senior government official warns that – at the current Covid levels – someone who tests positive with a lateral flow device in London has “at best a 25% chance” of it being a true positive. If the test is taken at home, that falls to as low as 10% or even 2%.

Leaked government modelling produced last week suggested that in places where fewer than one in 1,000 people have the disease the proportion of false positives will outnumber true positives, because there is little virus in circulation. As of last week, overall prevalence in England was 0.12%, while it was 0.04% in London, 0.02% in the south-east and south-west, and 0.08% in the north-east.