Got your eye on a new bit of kitchen kit? We’ve rounded up the best deals so far on kitchen gadgetry, such as microwaves, bread makers, soup makers, food processors and mixers.

Our market experts are keeping an eye out for deals on the best products from brands such as Kenwood, KitchenAid, Nutri Ninja, Instant Pot and Panasonic.

The sought-after products from these brands can be expensive, and prices can jump around a bit, so it’s worth knowing if you really are seeing the best deal as Black Friday comes up.

We’ve combed the internet for the best deals on must-have small appliances, so you can spend less time researching and more time shopping.

Check out our round-up below and make sure you bookmark it – we’ll be keeping on top of new deals as and when they come in.

The microwaves deals have just started coming in, and we’ve found a couple that are worth taking a look at: 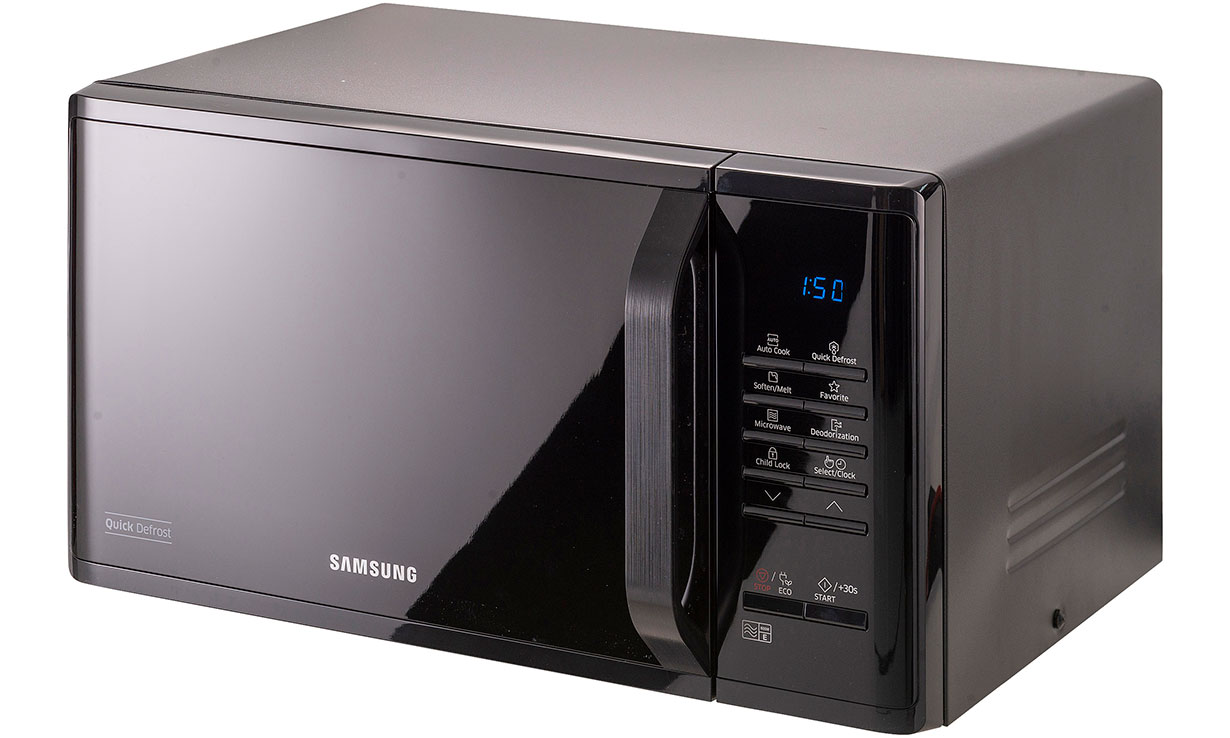 We don’t like: Not the best at steaming food

This compact Samsung microwave will save you space on your kitchen worktop, plus it comes with an impressive 16 auto-cook programs to help you tackle a range of dishes at the touch of a button. If you’re cooking something smelly, there’s even a specific deodorisation feature.

While this is by no means a huge discount (it’s usually between £89 and £99), every little helps. We did see this model drop to £69 last year, though, so it could be worth hanging on to wait for any further reductions.

Check how it measures up against other Samsung models – as well as rival brands – in our full Samsung MS23K3513AK microwave review, or buy it now from AO.com. 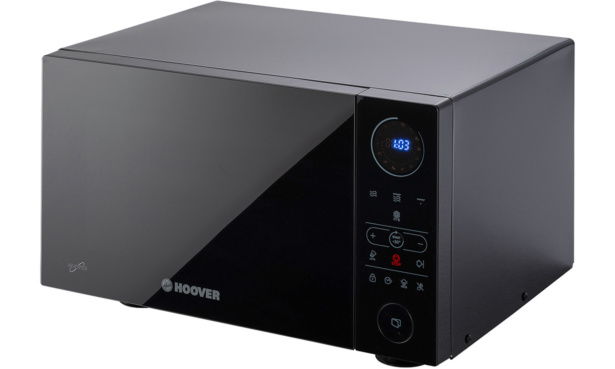 This Hoover microwave has an impressive 32 auto-programs, so you can get dinner started at the touch of a button. There’s a built-in grill too, although we didn’t rate it particularly highly in our tests. It’s not a huge microwave by any standards, but it’s big enough that you won’t struggle to squeeze your plates through the door.

We’ve never seen the price of this model drop so low, so it’s a potentially good deal. It usually costs at least £150, and the most expensive we’ve seen it is £229.

Read our full Hoover HMGI25TB-UK microwave review to see whether it makes up for the poor grill function in other areas, or buy it now from John Lewis. 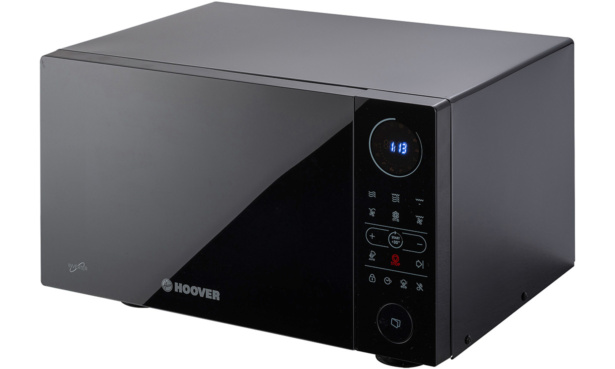 Similar to the model above, but with added convection cooking abilities, this Hoover combi microwave can tackle a range of cooking tasks and has an extensive range of auto-programs that cover dishes from chicken breasts and baked potatoes to swordfish and natural yoghurt.

The convection feature means you can bake and roast like you would in a traditional oven, and there’s a built-in grill too. It’s on the small side for a combi model, but that means it won’t take up much space on your worktop.

The saving on this microwave is excellent, as we usually see it selling for somewhere in the region of £249. It’s reduced to clear now though, so you’ll need to be quick if you want to get one before they go.

Is it a hidden gem? Check out our Hoover HMCI25TB-UK review to get our verdict on this model, or alternatively buy it now from John Lewis.

Air fryers are a popular addition to many a kitchen, but big-brand models from Ninja, Philips and Tefal can cost hundreds of pounds.

This is the best deal we’ve found so far: 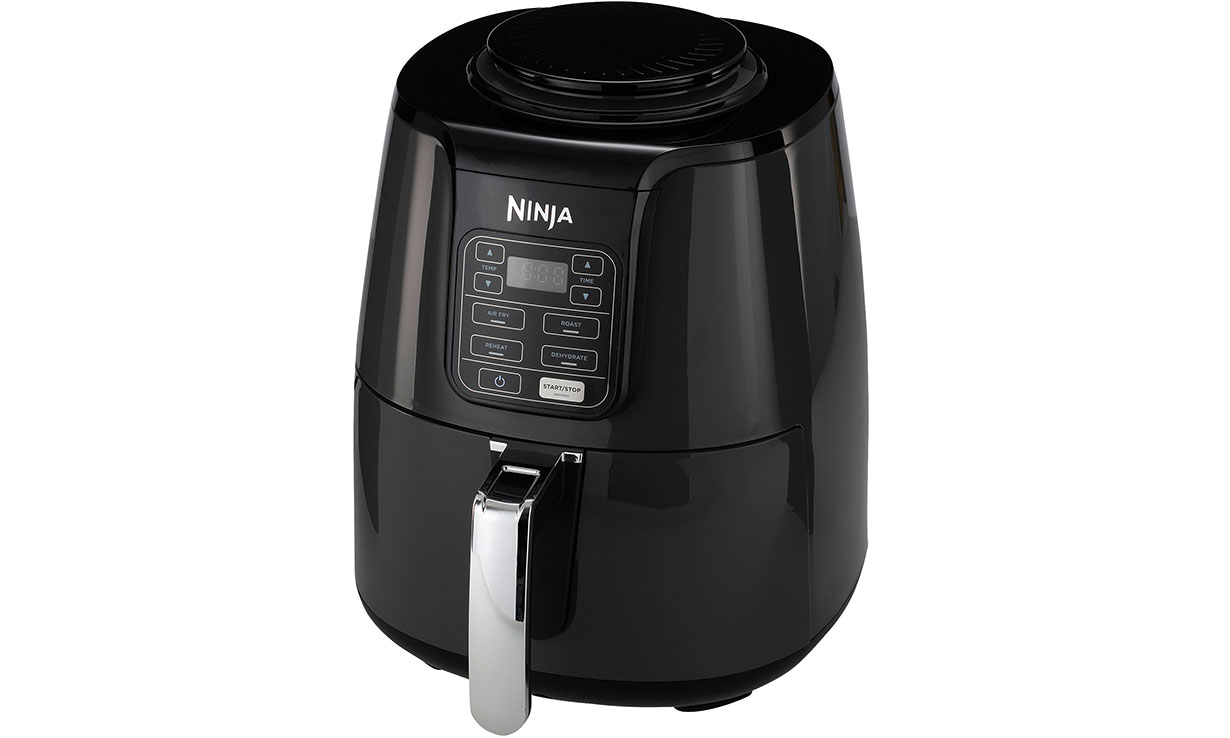 Ninja’s debut air fryer has four functions and a generous 3.8-litre capacity. You can fry, roast, reheat and dehydrate foods at a range of temperatures between 40°C and 210°C.

Ninja claims that you can cook up to six servings of chips at once, but for best results the instruction manual recommends only cooking for two to three people at a time.

This is a pretty good price for this air fryer, especially considering it’s only been around for about a year. The lowest we’ve ever seen it go is £82 on Amazon, so it could be worth hanging on and waiting to see if its price drops any more.

For more on its pros and cons, read the full Ninja AF100UK air fryer review, or buy it now from Amazon, Argos, Currys PC World, Very, or direct from Ninja.

(A recent Which? investigation into Currys PC World suggests the firm has an issue with how it handles complaints about faulty products, so do consider this before making a purchase.)

With the nights getting darker and the days getting colder, a soup maker could be just the ticket for a quick and simple lunch.

Here’s what we’ve found so far: 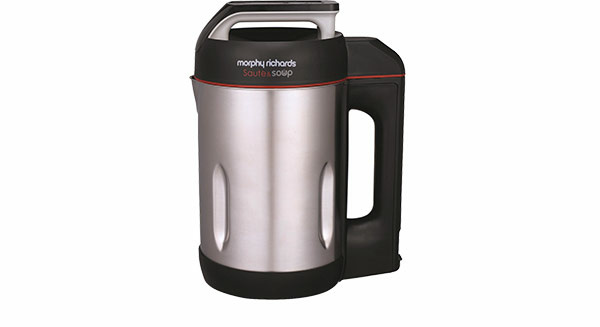 We don’t like: minimum capacity of 1.4 litres means you can’t make small servings

This 1.6-litre soup maker can sauté veg before you add the rest of the ingredients to the jug, dispensing with the need to use a frying pan. Its core functions are making smooth soup, chunky soup, juicing and blending ingredients.

This is a modest discount for this model, which normally retails at around £79, and we have seen it drop this low before, but it’s a good price if you’re keen on the sauté function.

Read our independent Morphy Richards Sauté and Soup Maker 501014 review, or buy it now on Amazon.

We’re keeping an eye out for more slow cooker and soup maker deals, and will update this page if we spot any.

There can be some great deals on these brands – not necessarily cheaper than ever before, but usually the best price you’d get on some of the more sought-after colours.

Kenwood has kicked off the race with a good price on its stylish metallic kMix models: 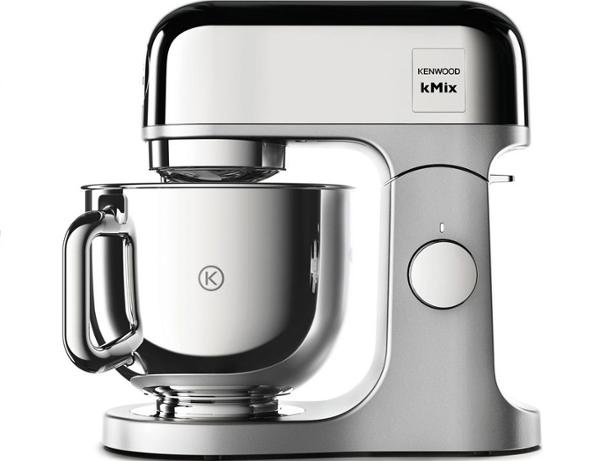 We don’t like: Attaching the splash guard is tricky

The generous 5-litre mixing bowl means you shouldn’t struggle to squeeze in enough ingredients to whip up treats, plus it comes with a range of accessories to cover lots of different kitchen tasks.

This stand mixer was £249 last Black Friday, too – but it’s still a fantastic deal if you’re keen on getting one. It’s been at a higher price for a while (usually around £349) so this is a good time to buy.

More:  Microsoft Excel tips and tricks: seven ways to master your spreadsheets in 2020 – Which? News

(A recent Which? investigation into Currys PC World suggests the firm has an issue with how it handles complaints about faulty products. So do consider this before making a purchase.) 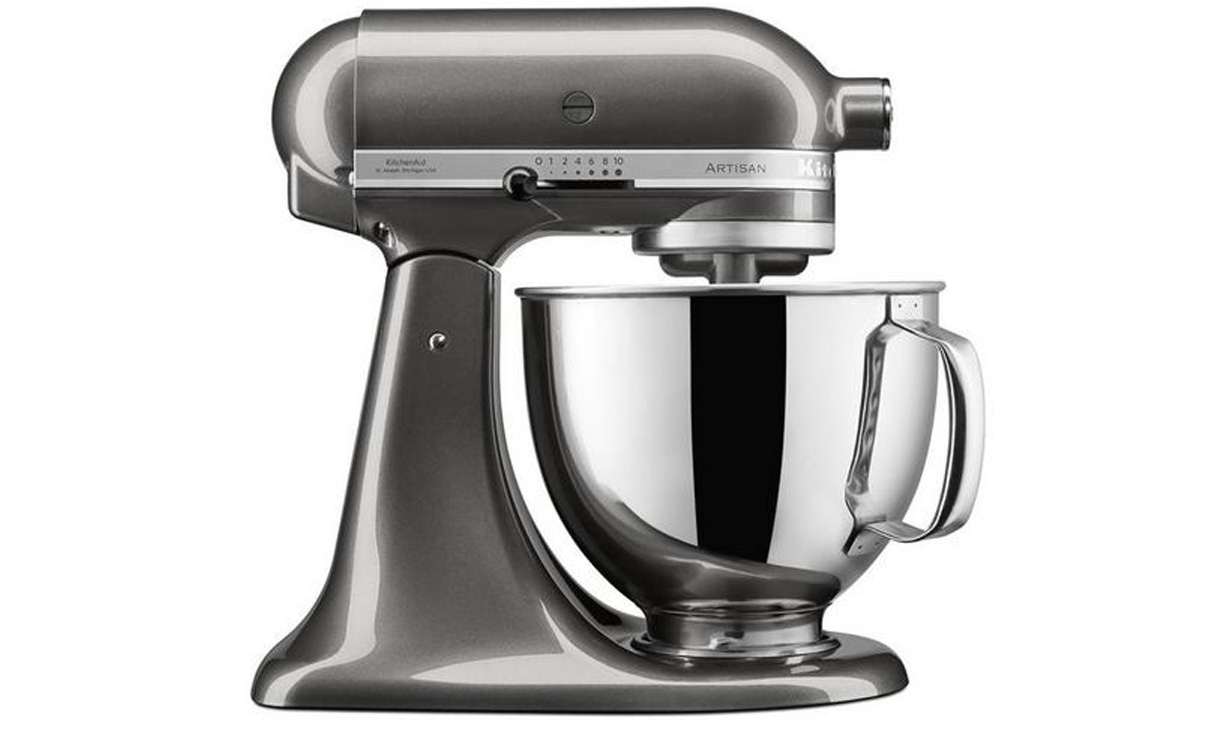 This KitchenAid mixer is a Bake Off staple and comes in a range of colours. Attachments include a whisk, beater and dough hook, plus two different-sized mixing bowls – one 4.9-litre and one 3-litre. There are 10 mixing speeds and a pouring guard to prevent ingredients splashing out onto your worktop.

You can currently only buy the ‘Liquid Graphite’ model at Very, where it’s usually £399. Bear in mind though, that we saw some colour variants of this KitchenAid model on sale for £279 on Black Friday last year, so you may want to hold fire, unless you’re very sold on the colour.

Check out our full KitchenAid KSM125BER stand mixer review to see how it performed in our tests, or buy it now from Very.

We’ve found a few food processor deals so far, but keep checking back, as we’ll add new offers when we spot them. 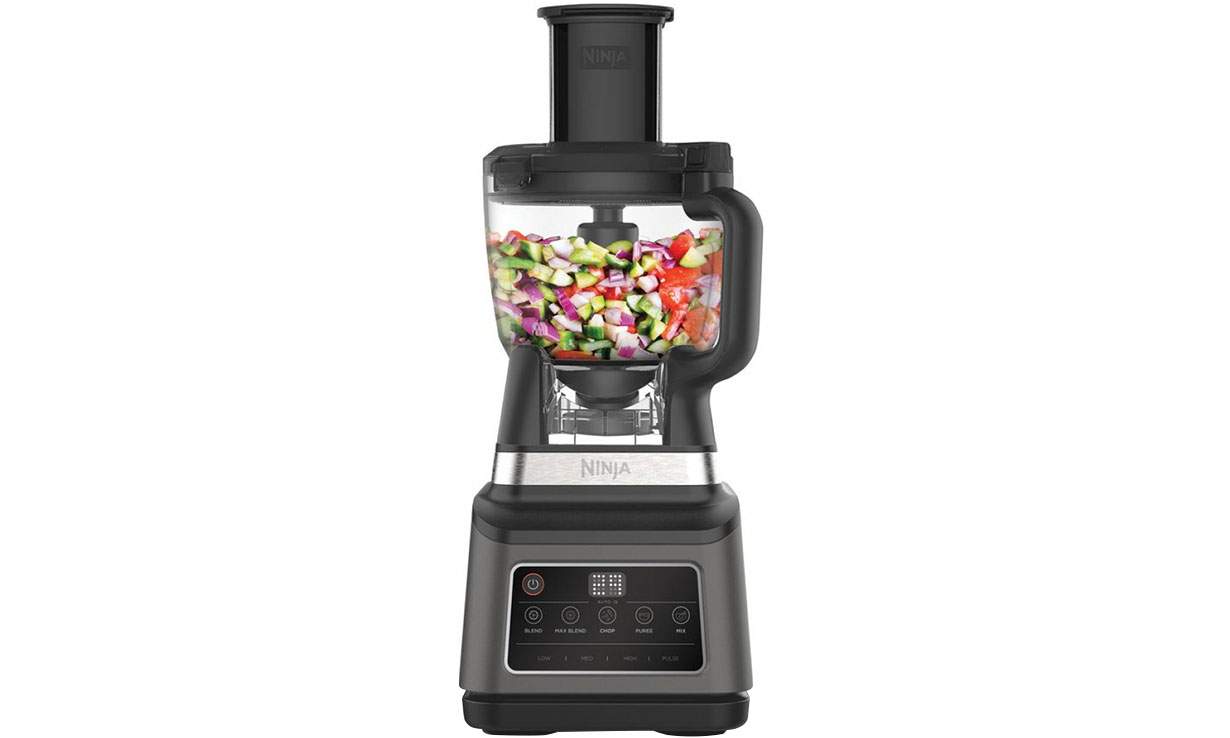 We like: Plenty of attachments for brilliant mixing and kneading

We don’t like: Can’t be used to whisk or whip

This Ninja food processor has five auto-IQ programs to help you blend, mix, chop and purée at the touch of a button. The main food processor has a capacity of 1.8 litres, plus there’s an additional 2.1-litre blender jug that can be used to crush ice and make smoothies.

It usually sells for £199, so this is a great price, especially considering this model was only launched in July 2020.

(A recent Which? investigation into Currys PC World suggests the firm has an issue with how it handles complaints about faulty products. So do consider this before making a purchase.) 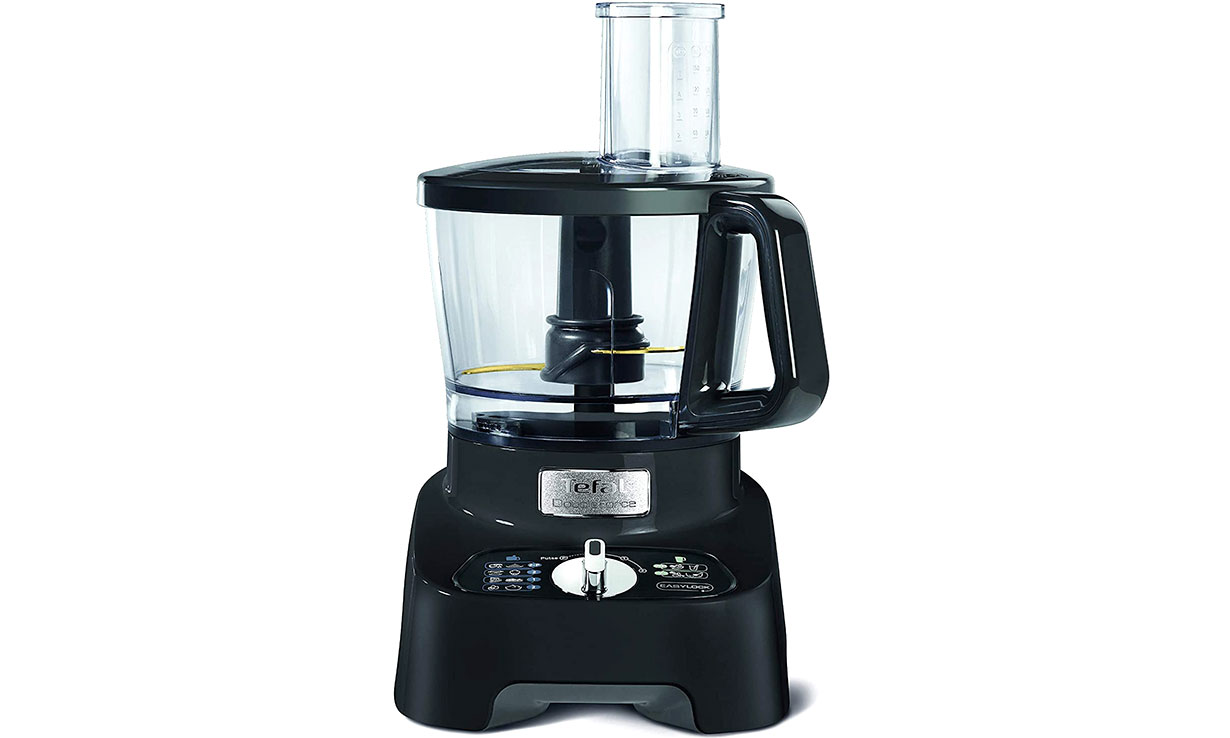 This Tefal food processor includes a whole host of accessories to help you out with kitchen tasks such as grating, slicing, chopping, mixing and blending. There’s even a dough hook attachment so you can make your own bread from scratch. The processing bowl has a 1.5-litre working capacity, so you won’t struggle to squeeze all your ingredients in at once.

If you want to find out more about this model, take a look at our Tefal DO821840 food processor review, or buy it now from AO.com. 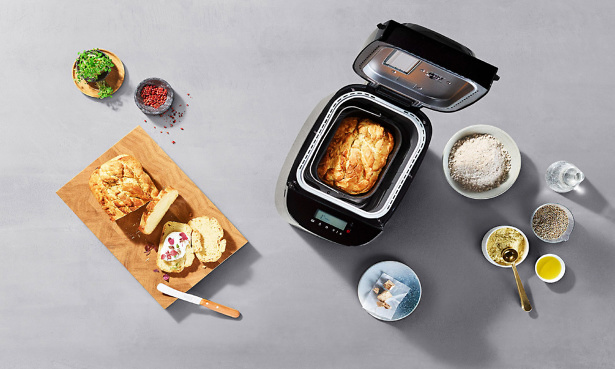 We’ve not spotted any great deals in this area yet, but we’re keeping an eye out for models from Panasonic and more, so check back soon.

This story was originally published on 25 November 2020, but will be updated regularly as new deals come in.

Benefits to Look for in an Airline Credit Card