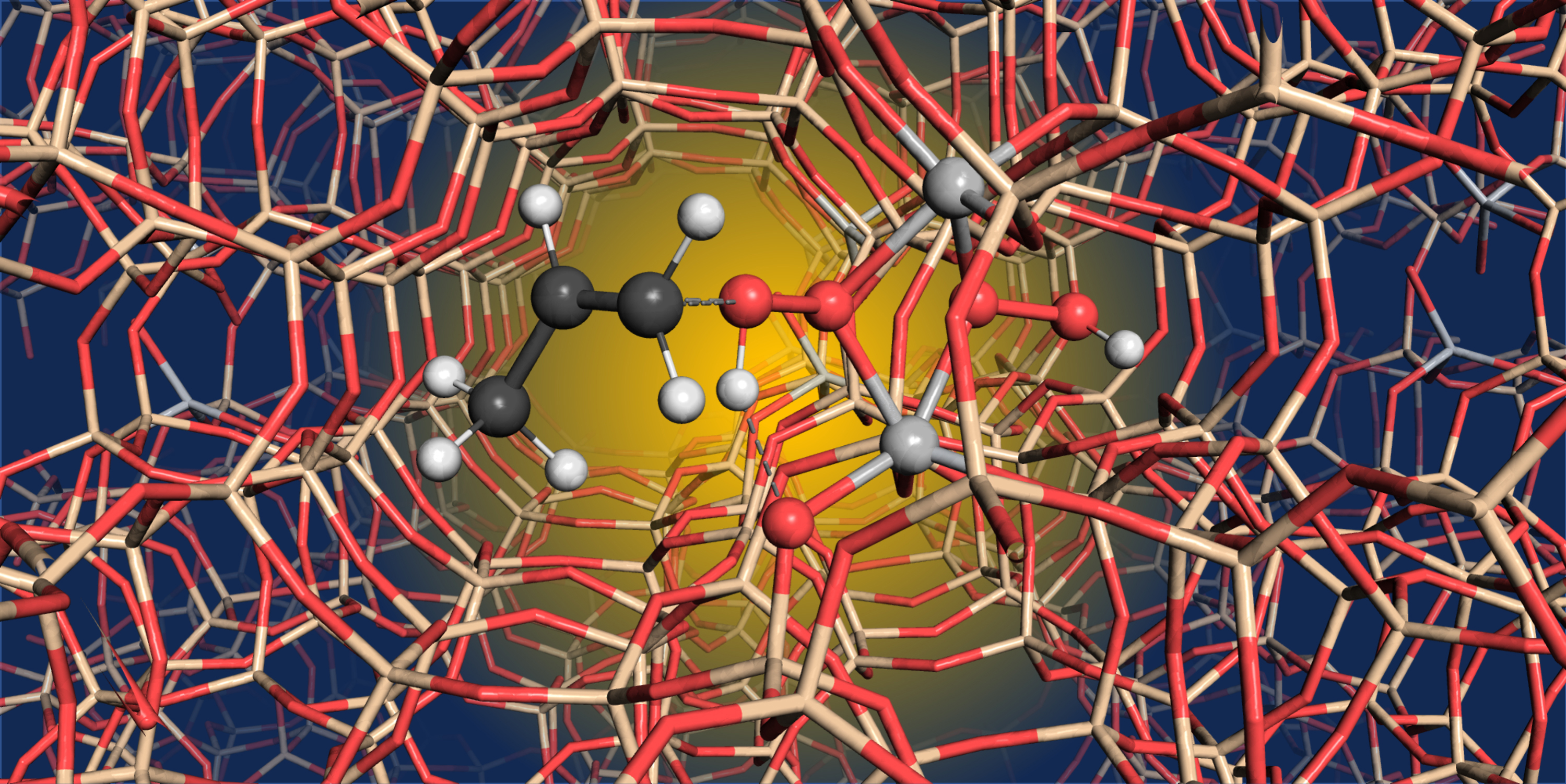 Ludwigshafen, Zurich, Cologne, Berlin, October 29, 2020 – “Titanium silicalite-1” (TS-1) is not a new catalyst: It has been almost 40 years since its development and the discovery of its ability to convert propylene into propylene oxide, an important basic chemical in the chemical industry. Now, by combining various methods, a team of scientists from ETH Zurich, the University of Cologne, the Fritz Haber Institute and BASF has unveiled the surprising mechanism of action of this catalyst. These findings will help catalyst research take an important step forward.

Propylene oxide is used in industry to make products such as polyurethanes, antifreeze additives and hydraulic fluids. More than 11 million metric tons of propylene oxide are produced annually in the chemical industry worldwide, of which 1 million metric tons are already produced by the oxidation of propylene with hydrogen peroxide.  This chemical reaction is catalyzed by TS-1, a microporous, crystalline material made up of silicon and oxygen and containing small amounts of titanium. The catalyst has been used successfully for 40 years and experts assumed that the active center in TS-1 contains individual, isolated titanium atoms that ensure the special reactivity of the catalyst.

A team of researchers from the ETH Zurich, the University of Cologne, the Fritz Haber Institute and BASF questioned this assumption. “In recent years, doubts have arisen as to whether the assumption about the mechanism of action is correct, as it relies primarily on analogies with comparable catalysts and less on experimental evidence. But if you try to optimize a catalyst on the basis of a wrong assumption, it is very difficult and can lead you in the completely wrong direction. It was therefore important to examine this assumption more closely,” explains BASF scientist Dr. Henrique Teles, one of the co-authors of the scientific publication, the starting point for the collaboration.

In a study now published in “Nature”, the team was able, by using solid-state NMR studies and computer modeling, to show that two neighboring titanium atoms are necessary to explain the particular catalytic activity. This in turn led the research team to conclude that the titanium atoms are not isolated but rather the catalytically active center consists of a titanium pair. “None of the methods we used in the study are fundamentally new, but none of the research groups involved in the study could have carried out the investigation on their own,” emphasizes Prof. Christophe Copéret from ETH Zurich, the correspondence author of the publication. “Only the combination of different fields of expertise and various techniques made it possible to more closely examine the active center of the catalyst.”

“We have worked for many years to elucidate the reaction mechanism of a homogeneous titanium catalyst and found that – contrary to the assumptions in the literature – the hydrogen peroxide is activated by a titanium pair. It was really a special moment when we saw in the current study that the findings from homogeneous catalysis also apply to heterogeneous catalysis,” said co-author Prof. Albrecht Berkessel from the University of Cologne. And Dr. Thomas Lunkenbein, co-author from the Fritz Haber Institute in Berlin, adds: “We are very pleased that we were able to make a contribution to this study. With our analytics, we were able to substantiate the conclusions. The knowledge of a diatomic active center is of fundamental importance and opens up new possibilities in catalyst research.”

The team is convinced that the findings of this study will not only help to improve existing catalysts but also to develop new homogeneous and heterogeneous catalysts.