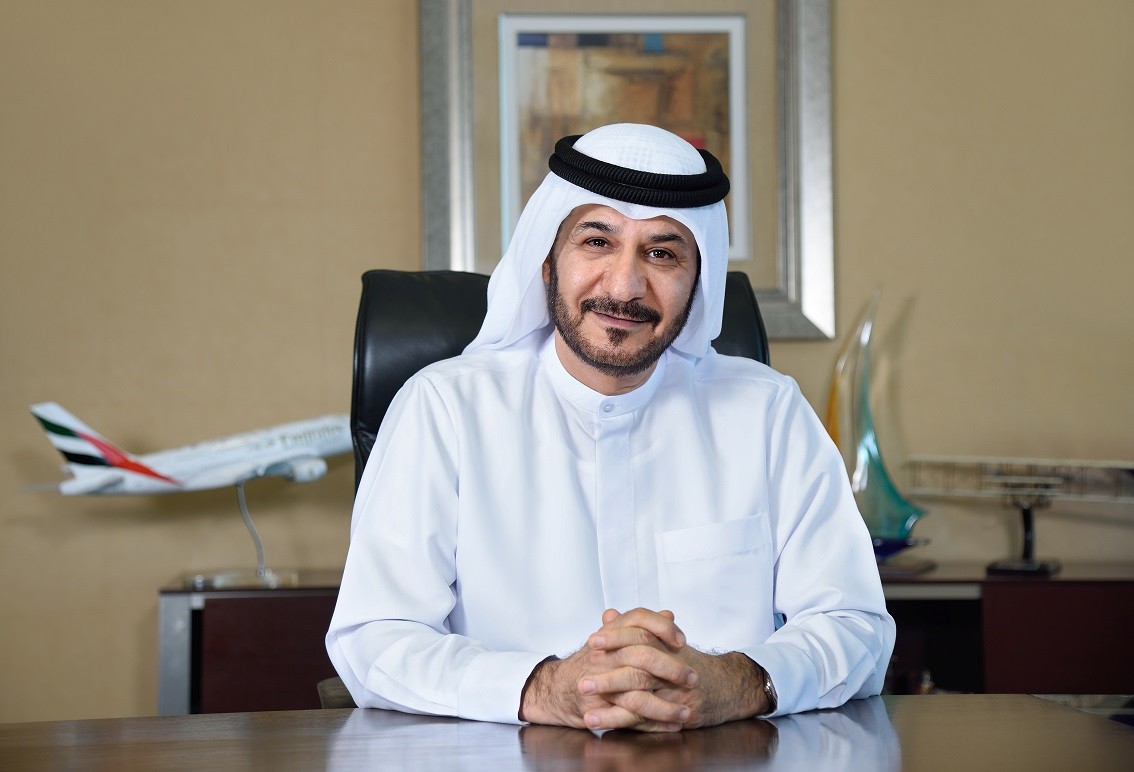 Presenting the award in an online ceremony, Sir Peter Gregson, Chief Executive and Vice Chancellor, Cranfield University, spoke on Al Redha’s contributions to the aviation industry, his forward thinking leadership as a source of pride for the Cranfield alumni and an inspiration for students embarking on their aviation careers. Sir Peter particularly noted Al Redha’s efforts in the areas of innovation and technology integration across business areas, which has delivered operational efficiency, safety, and customer satisfaction and contributed to Emirates’ success.

In his acceptance speech, Al Redha credited the University for its excellent practical and academic learning which helped his career growth, remarking on its well-balanced programmes that incorporate the latest industry expertise.

Al Redha also thanked Emirates Chairman HH Sheikh Ahmed bin Saeed Al Maktoum and Sir Tim Clark, President Emirates Airline, for their encouragement and trust through the years, in addition to his family and colleagues for their ongoing support.

Al Redha said: “His Highness Sheikh Ahmed and Sir Tim have both been key figures and mentors throughout my career. Without their encouragement and support, I would not have embarked on my Masters’ degree at Cranfield. In 1996, I was grateful to be nominated by His Highness Sheikh Ahmed for a scholarship to pursue my Master’s Degree at Cranfield University. Emirates was a young and ambitious airline that was growing quickly at that time, and it was hard to take time off to go back to school. But my manager Sir Tim Clark rightly persuaded me to proceed with the course.”

In his keynote lecture following the award, Al Redha spoke on Emirates’ growth and his personal passion in developing a skilled UAE talent pool for aviation, which has led to the launch of various programmes within Emirates to groom cadet pilots, engineers and aviation management talent, including the setting up of the Emirates Flight Academy in 2017.

Al Redha also spoke on Emirates’ response to the COVID-19 pandemic, including the UAE and Dubai’s successful, multi-stakeholder approach to managing the pandemic. As part of Dubai’s COVID-19 Command and Control Centre team, Al Redha took pride in contributing to decisions relating to aviation protocols, which enabled Emirates and the aviation community to respond to the pandemic rapidly and effectively. He highlighted the importance of public-private partnership in delivering clear strategies and co-ordinated actions, strong leadership, technology, and the people factor.

Al Redha said: “Find the opportunity in every crisis, and always keep one eye on the future, even when fighting the immediate fires. It may be tempting to cut investments in technology and innovation when things get tough, but look carefully before you chop, as you might also be cutting off the answer to survival and emerging stronger. Also, we must never forget to keep the human touch. Even while pushing for automation and intelligent systems, it’s important to keep a balance, and don’t forget to invest in people. Most importantly, in a crisis, especially major ones, the only way we come out of it is by working closely together, hand in hand, with clear leadership and vision.”

Joining Emirates in 1988, Al Redha has held several senior management roles at the airline, including supervising aircraft manufacturing programmes with Boeing and Airbus.

As Chief Operating Officer since 2009, Al Redha is at the helm of Emirates’ operational departments, both in Dubai and across the airline’s global. His teams play an integral role in the customer journey and include flight operations, cabin crew, catering operations, airport services, engineering, the Emirates Flight Training Academy, aircraft procurement, as well as worldwide network operations including crisis response.

In 2017, Future Travel Experience’s Airline Passenger Experience Power List named Al Redha one of the top 5 global airline executives for his leadership in directing the airline’s consistent delivery of superior services on the ground and in the air.

A fellow of the Royal Aeronautical Society, Al Redha graduated with a Masters’ degree in Air Transport from Cranfield University in 1997. He also holds a Bachelor of Science in Engineering Technology/Aircraft Maintenance from the University of Northrop, USA.

Adel Al Redha is also a member of the Board of Trustees of the Dubai Future Foundation, which aims to strengthen the UAE and Dubai’s position as a global centre for exploring and developing future solutions for society. This enables Al Redha to integrate the strategies set by the Dubai Future Council into Emirates’ plans, enhancing the airlines readiness to deal with future changes.