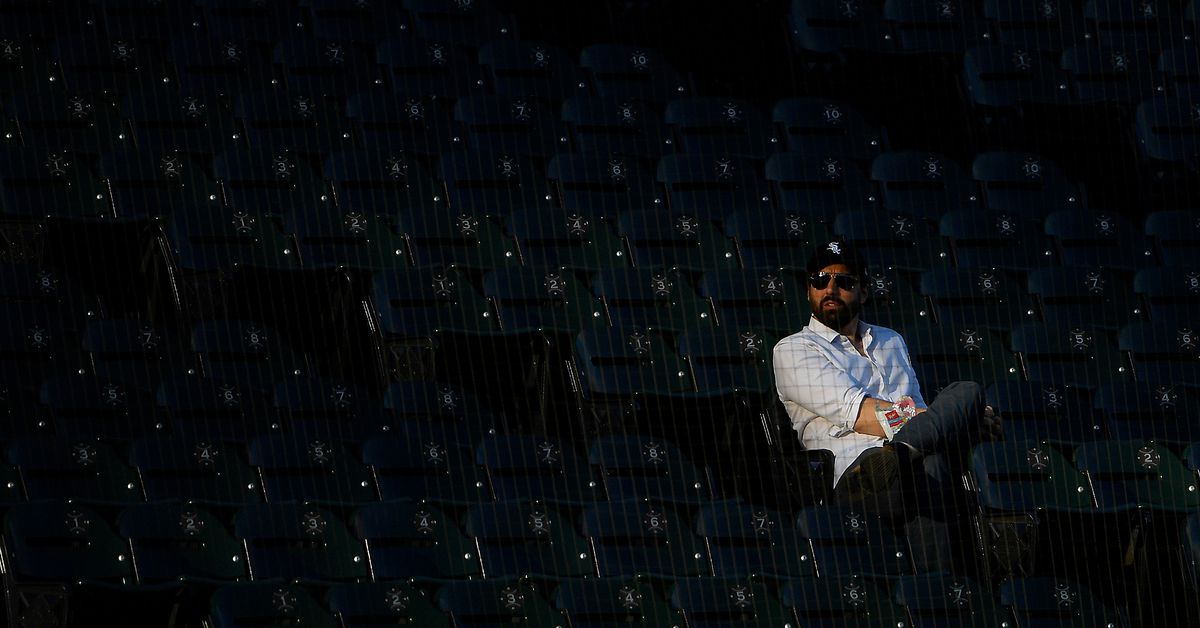 I know some White Sox fans who are a combination of sad, frustrated and angry about what the coronavirus shutdown has done to their dreams, and ashamed about feeling that way.

We’ve been handed a lot of instructions on how to handle COVID-19 but very little guidance on how to handle the emotional impact the virus is having on us. There are no antibacterial wipes for dealing with the absence of something as trivial as sports.

Opening Day was supposed to be Thursday, with the Sox facing the Royals at Guaranteed Rate Field. Eloy Jimenez and Yoan Moncada were going to be there. So was Yasmani Grandal, Jose Abreu, Tim Anderson and Edwin Encarnacion. The young players the fan base has so much hope for and the veterans to lead them. With the sweet possibility of Luis Robert and Nick Madrigal arriving soon. But, no.

Crises like these put life in perspective – we now know that the one thing that matters is taking care of each other (unless you’ve decided that you, and you alone, need 1,000 rolls of toilet paper). But we also really miss the things that have been taken from us. Why can’t both feelings be valid at the same time?

The pandemic will take a chunk out of the baseball season, with Opening Day being pushed back to at least mid-May and possibly early June, according to an ESPN report. It’s an especially tough blow for the Sox, who, with an impressive amount of young talent, were ready to put on a show after a three-year rebuild. More than two months of development for those players could be lost.

Sox fans are particularly sensitive to momentous events, and by sensitive, I mean they think God has something against them. The 1993 team won the American League West with a 94-68 record and lost in the A.L. Championship Series to the Blue Jays. There was every reason to believe the Sox were World Series contenders in 1994, right up until August, when a strike occurred. The rest of the season, including the playoffs, was canceled.

The Sox were in first place in their division when the strike began. Frank Thomas was leading the major leagues with a 1.217 on-base plus slugging percentage. He was hitting .353. The Sox topped the A.L. with a 3.96 earned-run average. And it all was rendered meaningless.

They were on the losing end in 1981, too. After a strike wiped out about six weeks of play, owners decided to split the season in two halves to decide who would make the playoffs. The first-place teams from each half of each division would advance to the postseason. Sound like a good idea? Well, the Royals finished with a 50-53 overall record, fourth-worst in the A.L. West, but made the playoffs by winning the second half of the season with a 30-23 record.

The Sox finished 54-52 and didn’t make the playoffs.

A pandemic is a different animal, of course, one with sharp teeth. It has life-and-death consequences for some people. It’s scary for everybody. But you’re not an insensitive lout if you’re upset that a virus has shut down your favorite team. You’re … human.

I think Sox fans are confronting the five stages of sports grief here – denial (“I’ll wake up tomorrow in my Sox onesie and everything will be fine.”); anger (“Another season ruined? You have got to be bleeping kidding me!’’); bargaining (“I promise I’ll never again question Rick Renteria’s managing.”); depression (“Everything is darker than my black Sox cap right now.”); and acceptance (“You know, I always did want to take up woodcarving.’’).

It’s not just Sox fans who are grieving. Skeptical Cubs fans want to see if a team that spent no money in the offseason can contend in the division. They want to see if first-time manager David Ross knows how to, you know, manage. They want to see if a hot start by the team will be enough to keep Kris Bryant in a Cubs uniform. They wanted to start seeing this Thursday against the Brewers in Milwaukee. Now when will they see it? May 26? June 26? While they wait, where are they supposed to get their Wrigley Field fix?

The Bulls weren’t going anywhere, so having a treadmill of a season stopped might not seem like such a big deal. Fans don’t have to deal with the aggravation of watching coach Jim Boylen coach for a while. See how easy it is to dismiss a bad team? But there are plenty of people who enjoyed watching rookie Coby White turn into a bona fide scorer. What will he do as a starter the rest of the season, if there is a rest of the season? All we can go on is one start, the Bulls’ last game before the NBA shut everything down. He scored 20 points against Cleveland. Maybe he and the league will begin again in June. Maybe they won’t.

There’s probably the same sense of loss for loyal Blackhawks fans. Not a great season, but still. It’s their team.

It’s more than acceptable to shake a fist at the sky over the unfairness of it all. We’re in this together, but it doesn’t mean feelings need to be on lockdown. There’s nothing wrong with acknowledging the emptiness. And Sox fans shouldn’t feel bad about feeling angry. This is completely new territory, where anything goes. You’re worried about your family, friends and neighbors. There’s room for mourning the loss of baseball.

In good news, there still could be a season. In bad news, it’s anybody’s guess what could befall the Sox if that happens.

Coronavirus fact check: Could your December cough have been COVID-19?