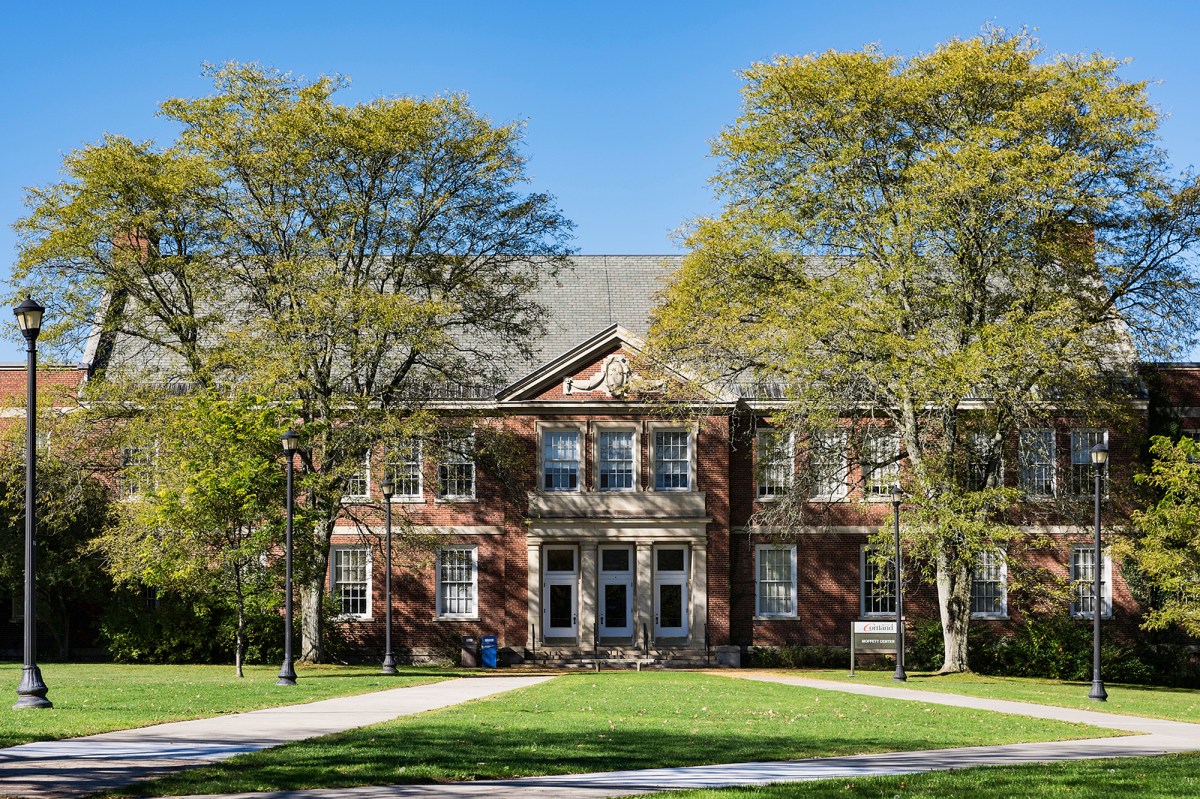 The coronavirus pandemic has exacted a heavy toll on New York’s public universities, which are bracing for a 25 percent cut in state operating aid on top of big revenue losses, The Post has learned.

The 64-campus State University of New York faces a revenue loss between $800 million to $1 billion for the 2020-21 academic year due to COVID-19’s impact on enrollment and other costs to keep campuses safe, a SUNY spokesperson said.

The campus president at the State University at Albany sent a Sept. 17 memo to his administration and faculty saying the campus is grappling with a $59 million deficit and that he anticipates the cut in state operating assistance this year.

“We have been informed to expect a 25% cut in state funding this year which is an $11.9 million loss. While reductions to state support are not yet official, we need to plan for these now, as our one-time cash reserves are being expended in their entirety this year,” said SUNY Albany president Havidid Rodriguez.

Rodriguez said the school has “instituted 15% budget-reduction targets for all divisions” and imposed a freeze on hiring and all but essential spending to generate $39 million in savings. He will tap into cash reserves to cover the rest of the shortfall.

One problem Albany U. has encountered during the pandemic is plummeting enrollment from out-of-state and international students. Unlike New York State residents, international students and out-of-state students are not eligible for state tuition relief and therefore pay most if not all of the sticker price for tuition and dorm costs that run roughly $32,000 per semester — a big source of revenue.

Gov. Andrew Cuomo has imposed a travel advisory and a mandatory two-week quarantine on visitors to New York who hail from other states with rising coronavirus infection rates to prevent outbreaks here, which may have also impacted enrollment.

“This year we are seeing a 13% drop in out-of-state and a 47% decrease in international students. This represents a tremendous loss for our campus diversity, as well as creating a $4.8 million shortfall,” the president’s memo said.

Consequently, the number of students living in higher cost campus dorms has also cratered during the pandemic, Rodriguez said.

“The number of students living on campus this fall is approximately 4,000 — or 56% of capacity. The lost housing revenue is $29.2 million relative to what we planned for in our budget. The significant decline in on-campus student residents will also impact other operations (e.g., dining, retail, parking, etc.) where reduced fees will result in additional losses,” he said.

Meanwhile SUNY’s Stony Brook University president Maurie McInnis, in an open letter sent to the campus community last month said, “We have been told to expect a 20-30% cut in state funding this year, or $25 million. We also have been informed that our allocation for last year was retroactively cut – to the tune of $19 million.”

“It is unclear when, if ever, our funding will return to current levels, let alone the levels of support we would ideally receive as a top research institution in the region.”

She reported that Stony Brook has projected a $109.6 million shortfall for the current 2020-21 school — much of it tied to added COVID-19 costs for its state-supported hospital and medical school, which were busy treating coronavirus patients.

In her previous notice, she also suggested declining support from the state and the legislature’s resistance to raising tuition limits the research university’s options.

“An education at Stony Brook is remarkably affordable for a top research institution. While this is helpful for our families, there are consequences to having almost the lowest tuition in the AAU [Association of American Universities]. Increasingly, our dual commitments of affordability and excellence are becoming difficult to balance without robust state support or cohort-level tuition,” she said.

Absent additional emergency federal aid, a SUNY administration spokesperson said the 64-campus school as a whole faces a projected revenue deficit $800 million to $1 billion — in a $13 billion budget — due to the impact of COVID-19 on enrollment and the added costs to keep students and faculty safe.

But SUNY spokesman Holly Liapis said nothing is set in stone regarding state spending reductions.

“There have been no permanent spending reductions made and no targets set as the State has made clear it is awaiting clarity from Washington,” SUNY spokeswoman Holly Liapis.

For its part, Cuomo budget’s office said it is “preparing for the worst” if the federal government doesn’t provide a lifeline to state and local governments.

“While hoping for the best, we are preparing for the worst, and we will continue to manage the State’s finances using the tools enacted by the State Legislature in a way that maintains a balanced budget while funding critical services.”

The state-funded City University of New York, which oversees 25 colleges in the five boroughs, had no immediate comment.

New York State’s 100 private colleges and universities are also facing headwinds and have warned they will hemorrhage students if the state scales back its tuition aid programs for low-and-moderate income students.

“If the federal government fails to provide necessary and adequate aid to states, New York State has suggested it will cut these programs by 20 percent cut. Were this to happen, countless students will be forced to make the difficult decision of whether or not they can continue their studies,”  Mary Beth Labate, president of the Commission on Independent Colleges and Universities, said in recent testimony before the Assembly Higher Education Committee.

Rockstar to Donate 5% of In-Game Purchases to Coronavirus Relief –