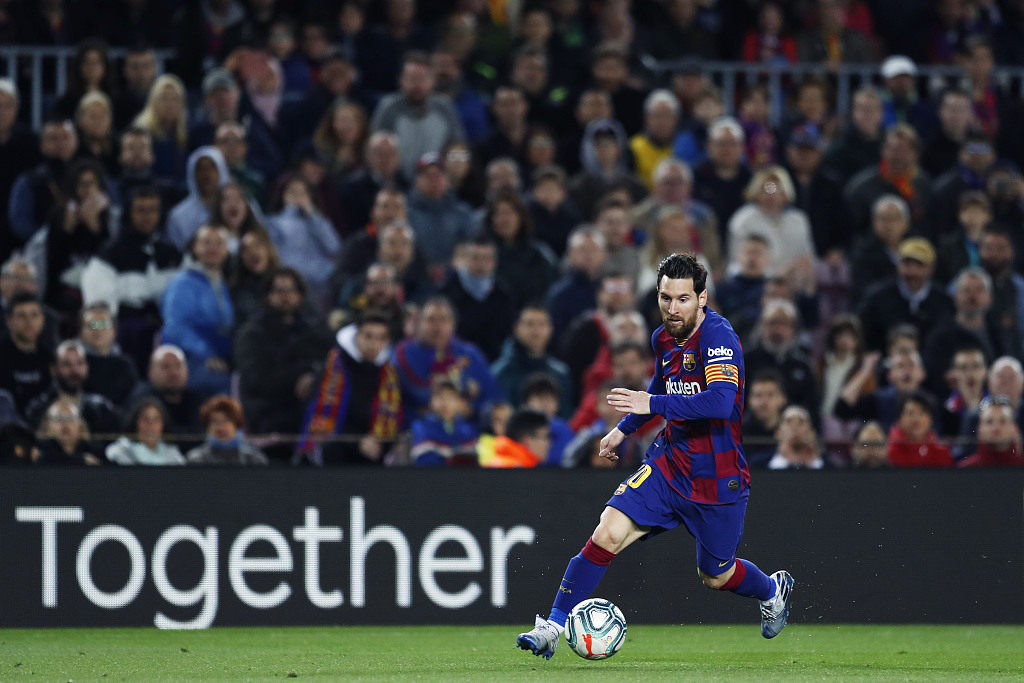 Lionel Messi of FC Barcelona in action during the La Liga match with Real Sociedad, which ended 1-0 in Barca’s favor, at the Camp Nou stadium in Barcelona, Spain, March 7, 2020. /VCG

Lionel Messi of FC Barcelona in action during the La Liga match with Real Sociedad, which ended 1-0 in Barca’s favor, at the Camp Nou stadium in Barcelona, Spain, March 7, 2020. /VCG

Spain’s top two football club divisions have pledged 200 million euros (217 million U.S. dollars) to other sports and lower leagues, while players from the leading clubs have expressed concern about returning to work as the COVID-19 pandemic is still a threat.

Clubs in Spain’s top two divisions have agreed to give an additional 200 million euros (217 million U.S. dollars) over the next four years to boost Spanish sports and lower league football, Spanish football’s top league La Liga said in a statement on Tuesday.

Since signing a collective broadcasting rights deal in 2015, La Liga has donated 1 percent of its revenue to Spain’s sports ministry.

It has increased this to 2.5 percent as part of a new agreement, while it has doubled its contribution to the Spanish football federation (RFEF) from 1 percent to 2 percent.

The agreement came after an eight-hour meeting between La Liga’s president Javier Tebas and RFEF chief Luis Rubiales, who have had a long-running dispute over how Spanish football should be run, and sports minister Irene Lozano.

“This agreement looks to help sport not just in these moments of crisis provoked by COVID-19 but forever,” said the statement.

“This is a structural measure with no time limit which will strengthen the commitment of the professional clubs and La Liga with Spanish sport.”

Many La Liga clubs have been damaged financially by the pause in football due to the COVID-19 pandemic and have enacted wage cuts, although other sports and non-professional clubs have also been hit during the crisis.

La Liga’s statement added that it would be contributing a total of 51 million euros (55.33 million U.S. dollars) per year to the sports ministry as a result of the new agreement, which would go toward “creating a fund to help boost organized sport, Olympic and Paralympic sports and internationalization of sport.” 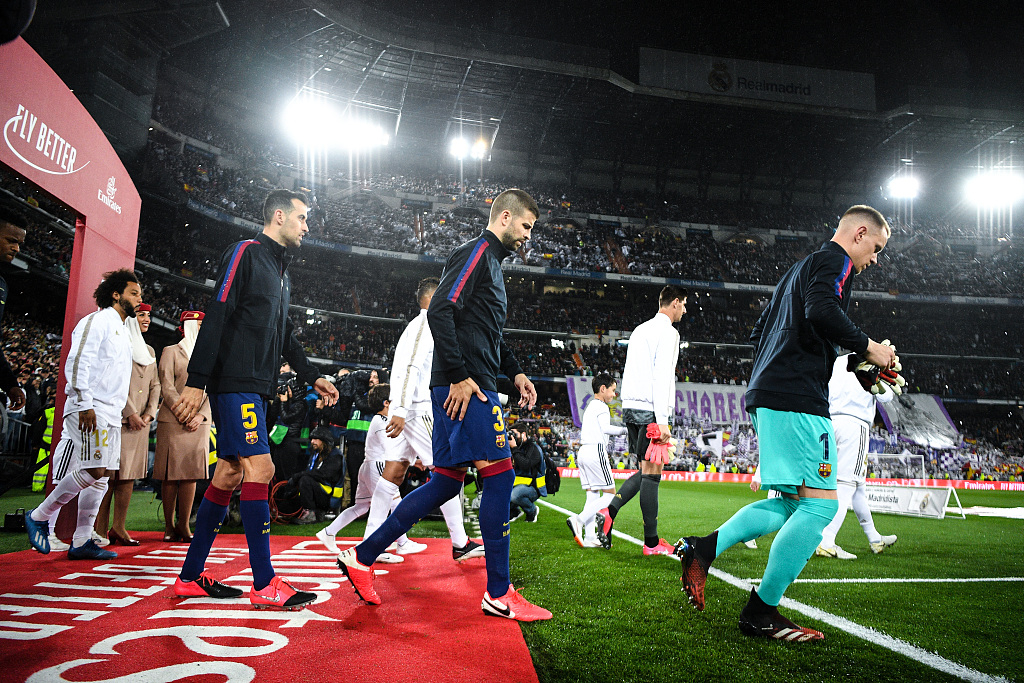 Footballers walk onto the pitch prior to the La Liga match between Real Madrid CF and FC Barcelona at Santiago Bernabeu stadium in Madrid, Spain, March 1, 2020. /VCG

Footballers walk onto the pitch prior to the La Liga match between Real Madrid CF and FC Barcelona at Santiago Bernabeu stadium in Madrid, Spain, March 1, 2020. /VCG

Captains from all 42 first and second division teams in Spain held a video meeting with the association of Spanish footballers (AFE) on Tuesday to discuss conditions for returning to work.

More:  The unsung army of selfless people who truly are playing their part

Underlining their opposition to closed training camps during Tuesday’s meeting, captains said players would be informing the government’s department for sport and the health ministry of their concerns about returning to action.

“The players have shown their utmost concern for the situation society is experiencing at the moment and in particular about the health conditions they will find themselves in when they return to normal activity,” an AFE spokesperson added.

All football has been on hold since March 10 due to the spread of the coronavirus in Spain, which has more than 204,000 confirmed infections, the most in Europe, with the second highest death toll on the continent behind Italy, at over 21,000 as of April 22.

Although no date has been set for a return to training or matches, both La Liga and the Spanish football federation have pledged they will try to ensure the season is completed.

The league has been working on a protocol establishing conditions for a return to training, which recommends that teams hold closed training camps at facilities.

(With input from agencies)