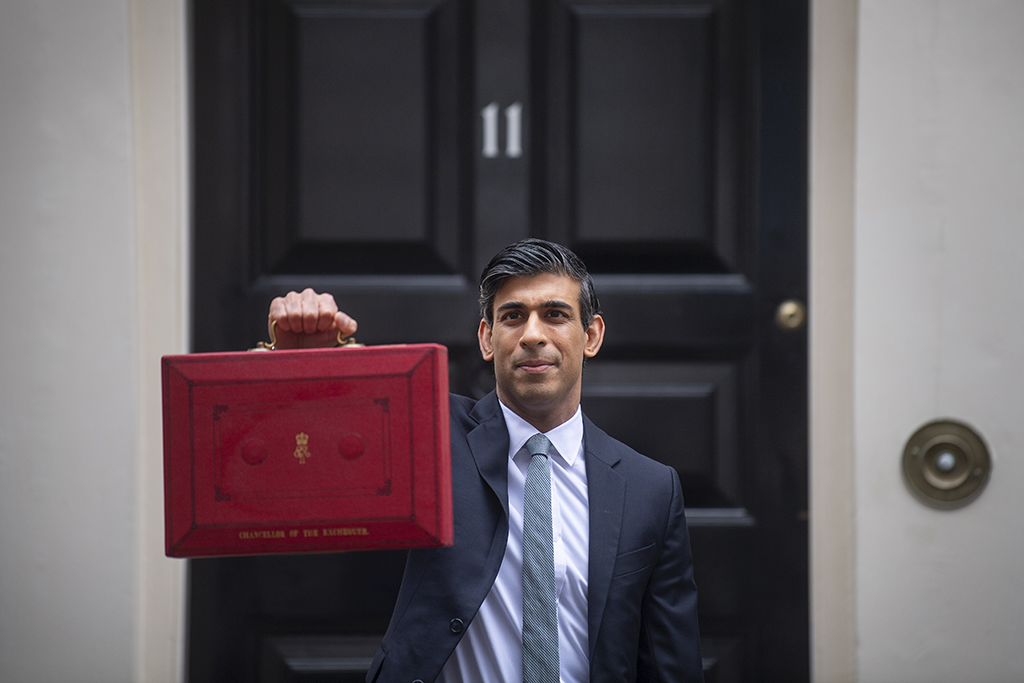 IT’S been a year. On March 9 2020 I felt a tickle of a sore throat and left my office — and London — for the last time. Like millions of others with laptop jobs, I haven’t been back.

Since Boris Johnson’s announcement of a timetable to freedom on February 22, the media message — as delivered by the BBC and the rest of the Establishment press — is to cheerily march forward into a new post-Covid dawn, while remaining cautious about new invasive virus strains.

Chancellor Rishi Sunak’s Budget on Wednesday was another landmark in which his massive bungs to business — put in a quid and get £1.30 back, what a cool magic trick — were received with the breathlessness that used to be reserved for royal reportage.

Sunak is Tory royalty now and better still, he’s got billions of our magic free money to bestow on the already wealthy (front-line NHS workers and care staff will just have to do with claps and badges) like an absolutist monarch handing out monopolies to favoured nobles.

Rejoice, oh people. That burst of spring we had just lately seemed to chime with the sense that we have come through a winter like no other, our own Battle of Britain against an invisible killer enemy. And with the rapid vaccination rollout, we won.

But this new forced cheerfulness after the cataclysm of 125,000 deaths feels a little bit premature. We were all affected, some directly through family deaths, others through friends and colleagues who lost loved ones. One in 500 have succumbed to the disease since last March.

I can’t be alone in feeling tainted by the utter failure of our political system to respond humanely and effectively to the virus and its consequences. Eat Out to Help Out Sunak is partly responsible for that, leaving British sick pay so low no-one on low pay could afford to self-isolate.

Among the forgotten victims, despite a much trumpeted initiative to get all homeless people off the streets in the first wave last spring, nearly 1,000 homeless people died — a third more than in 2019. This shocking fact was reported by the Museum of Homelessness, which has taken on the grim job of remembering each of these tragic deaths.

This is just one signal that human life does not, in the final analysis, really matter. Some are expendable.

Stuck at home with cabin fever, listening to the radio in disbelief, I have a constant feeling of cognitive dissonance. Like any number of doctors and medical staff who have lived through this disaster, they saw a criminally corporatist regime that used the emergency as a cover for looting in the form of no-bid contracts to mates with no relevant expertise, with dire consequences for the effectiveness of the Covid-19 response.

But you would hardly know that if reality is as the media portrays it.

Much of what has passed has been normalised as simply unfortunate — an act of God that no power could have prevented. After all, even the much lauded Germany had a terrible second wave leaving 71,000 deaths by March 1.

So here we are, those of us who can afford to frantically planning domestic holidays as Airbnb hosts ramp up their prices for a captive British market to absurd levels.

It’s natural to want to put this all behind us. We can all go around being cheerful and certain that our way of life was never really threatened by this unprecedented plague. It was just a momentary blip — a window to look out on a dark world in which death walked among us again. The window will soon be shuttered and we can resume our previous frenetic existence.

Capitalism back to business as usual, at least until the next fire season, or super typhoon — and California and Miami are a long way from here.

Sunak’s Budget speech was all about growth. A nod to the “green industrial revolution” here and there, but the message was supercharged techno Toryism. Booze and fuel duties frozen — but your income tax will rise. It was all for business, mentioned dozens of times like a mantra. Poverty not once. Levelling up, but as ever, some are a lot more level than others. None more so than billionaire Sunak himself.

Aged care regulator ‘too late to act’ in enforcing standards

‘We’re in the eye of the storm’: European health chiefs warn lockdown measures not a one-way street