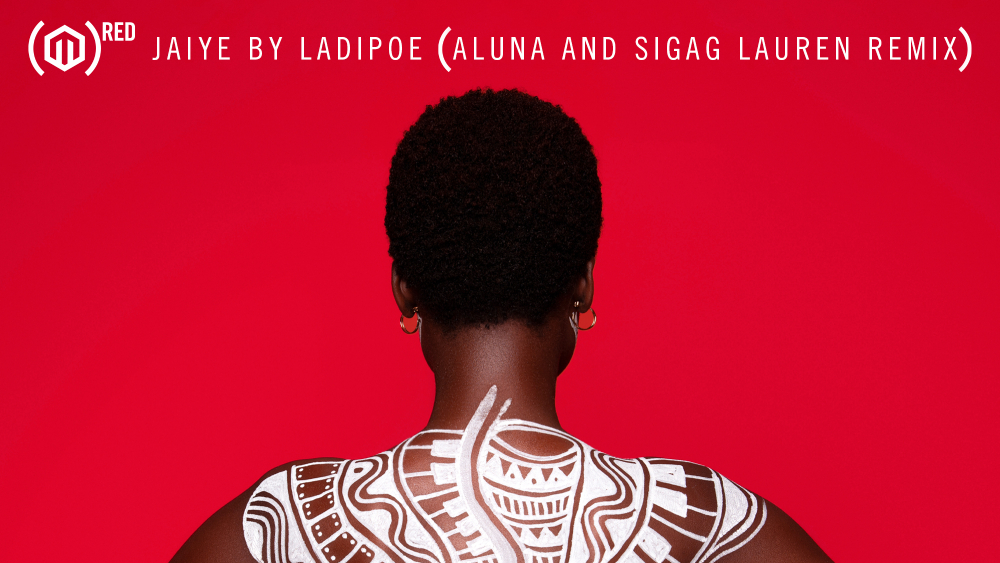 This World AIDS Day, Africa’s influential record label, Mavin Records, and (RED) are joining forces to fight two pandemics: AIDS and COVID-19, and are starting with a remix competition.

The remix of the hit single “Jaiye” by Mavin artist Ladiphoe, featuring Aluna and Sigag Lauren, will be available to stream and download worldwide, with  proceeds going to support (RED)’s efforts to mitigate the impact of COVID-19 on life-saving HIV/AIDS programs in sub-Saharan Africa. Doubling the impact, funds raised from every stream of the single will be matched by the Bill & Melinda Gates Foundation, up to $10,000.

The special “Jaiye” remix is a teaser to the Afrobeats-inspired “Dance (RED) Save Lives Vol. III” album that will be available on streaming services worldwide in early 2021.

“With everything that’s gone on in the world this year, we wanted to share a message of hope. Yes, things are tough, but it’s important for us to appreciate the good times and to enjoy and celebrate with the people around us,” said Don Jazzy, Founder and President, Mavin Records.

“In Africa, even in times of pain and uncertainty, music is a uniting force. I’m proud that we can use it to bring some lightness and support an important cause at the same time,” Don Jazzy continued.

To coincide with the single release, Mavin Records and (RED) are offering Afrobeats fans the chance to be featured on the upcoming “Dance (RED) Save Lives Vol. III” by hosting a remix contest of Lapidoe’s “Jaiye (Time of Our Lives).”

To enter, anyone can download the track and post their remix of “Jaiye” to Instagram Reels using the hashtag #mavinRED. Submissions will be accepted from December 1 through January 7, with the best remix chosen by Don Jazzy, Aluna, Ladipoe, Johnny Drille, and Mavin Records A&R Director, Rima Tahini.

Aluna says, “After having such a good time working together on “The Recipe” with Rema, Mavin Records got in touch as they loved the idea of working with someone in the dance space on this project. I’ve been very vocal about expanding the mainstream dance space to include music from Africa, and Don Jazzy has been very vocal about bringing African music to the world, so it was a perfect match.

“Working on this project gave me an opportunity to do what I’ve been talking about in terms of showcasing the hottest music that’s coming out of Africa. It’s not just about throwing dope songwriters and producers together, it’s about growing the relationship between African dance music and the current mainstream dance sound.”

Jennifer Lotito, President and COO of (RED), says, “This World AIDS Day, (RED) is fighting two pandemics instead of one.  As COVID continues to threaten so many lives it’s also threatening to derail the huge progress that the world has made over the last two decades in the AIDS fight.  We are so proud to partner with Mavin and grateful to the artists for the fabulous remix of Jaiye to help us drive money and awareness so that people with HIV can access daily lifesaving medication that costs only 20 cents a day.”

“(RED) was created in 2006 to work with the private sector to help ensure that your place of birth didn’t block your chance of getting simple, lifesaving medication if you were HIV positive.  Our partnerships have helped deliver $650 million, and benefited the lives of 180 million people through treatment, prevention, education, support. Those partnerships have included companies, activists, artists, musicians. We are so excited to have Mavin join the (RED) family and grateful to Don Jazzy, the Mavin team, Aluna and all the artists who have made this fabulous Jaiye mix possible and the forthcoming Dance (RED) Save Lives album.”

To date, (RED) has generated $650 million for the Global Fund to support HIV/AIDS grants primarily in eSwatini, Ghana, Kenya, Lesotho, Rwanda, South Africa, Tanzania and Zambia. 100 percent of that money goes to work on the ground – no overhead is taken. Global Fund grants that (RED) supports have impacted 180 million people with prevention, treatment, counseling, HIV testing and care services. Today, (RED) money continues to support these programs as well as efforts to mitigate the impact of COVID-19 on critical health services for the world’s most vulnerable.

Coronavirus (COVID-19) Phase 3: guidance for the safe use of places of worship