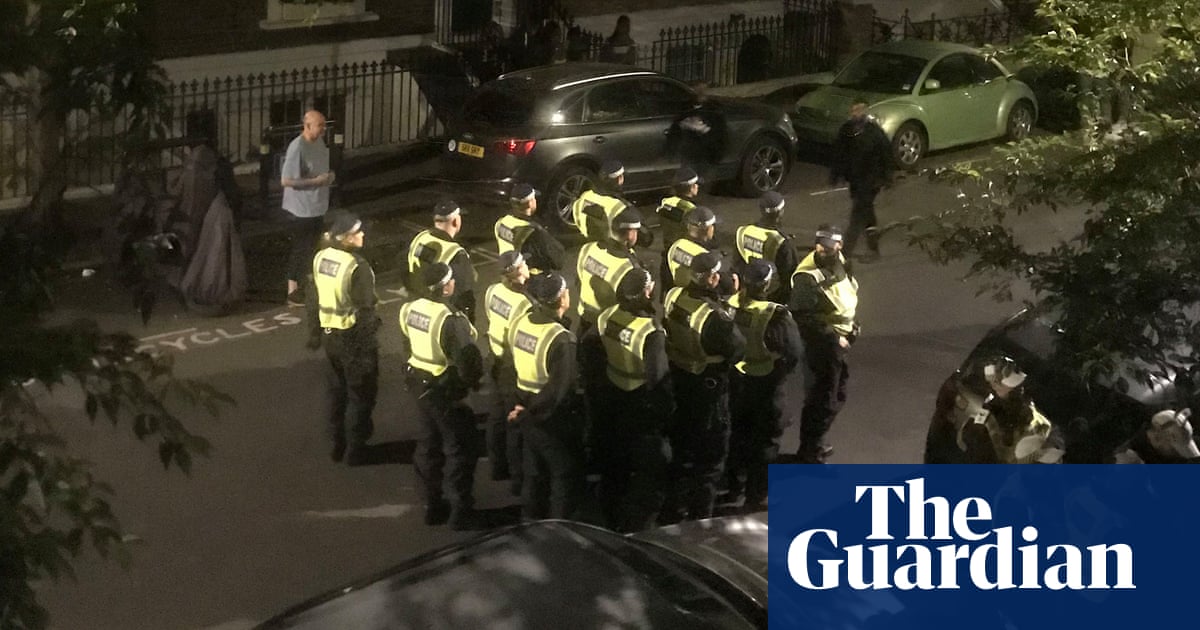 Fines of up to £10,000 for those organising illegal raves in England will come into force on Friday following another weekend of unlawful gatherings across the country.

The UK home secretary, Priti Patel, said the fines showed the government was determined “to crack down on the small minority who think they are above the law”.

On Saturday night more than 150 young people attended a rave in one of the areas of Lancashire worst hit by Covid-19, while police were applauded by local residents after breaking up a party of 400 people near Huddersfield.

Police stormed a party at Entwistle reservoir to south of Darwen, in the borough of Blackburn with Darwen. The organiser was arrested and their equipment confiscated.

Half of the Blackburn with Darwen district was put under tighter lockdown on Saturday, along with Oldham, with residents banned from meeting other households at home or in public and told to only use public transport for essential travel.

Though Entwistle reservoir is in part of the borough where lockdown restrictions will be eased this Wednesday, police fear many present may have come from high-infection areas.

Deputy chief constable at Lancashire police, Terry Woods, was dismayed by the actions of those reckless individuals present. Police didn’t say if those who attended the rave have been fined for breaking coronavirus safety rules.

Woods tweeted: “Disappointed to see illegal rave started at Entwistle reservoir overnight. Force resources mobilised and it was stopped quickly. Organiser identified at scene, arrested, and his van and all sound/other equipment seized. 150 plus young people now off back to families to possibly pass virus on.”

More:  Can employers require their employees to receive the COVID-19 vaccine?

Dr Sakthi Karunanithi, Lancashire’s director of public health, issued an appeal to “all our young people & influencers” to keep the country safe by not attending raves.

“Unacceptable behaviour by organiser. 1000s of young people & households are sacrificing their freedom whilst a small minority behave irresponsibly. Please please avoid social mixing. Serious consequences to our health and economy if this leads to more cases,” he tweeted.

Meanwhile, “missiles” were thrown at police officers as they tried to break up an illegal rave in Deighton, near Huddersfield, on Saturday night.

West Yorkshire police tweeted: “On Saturday evening officers deployed to an illegal rave that was taking place in Deighton, Huddersfield. appx 300 persons were present and missiles were thrown at officers. The music was quickly turned off and the attendees were dispersed, met by applause from local residents.”

Police forces across England have responded to a surge in unlicensed music events in recent weeks amid warm weather and an easing of lockdown restrictions.

The Metropolitan police received information on more than 200 events across London in a single weekend, and have responded to more than 1,000 illegal events in the capital since the end of June.

Elsewhere, West Midlands police shut down 125 parties and raves – including one attended by up to 600 people – in one weekend.

Birmingham police issued reminders of the need for social distancing after being called to more than 70 street and house parties and other unlicensed gatherings on Saturday night.

The force tweeted that they had dispersed dozens of parties, including one at Northfield on the outskirts of Birmingham which included two marquees and a DJ.

“Everyone packed up and went home after we arrived,” they tweeted. “Please understand we are still in a pandemic.”

In a separate tweet, the force said officers had “responded to over 70 street and house parties and other unlicensed events” on Saturday night.

“Most people understand why we are doing this – stay safe – don’t risk spreading the virus,” police said.

Tougher measures targeting those breaching coronavirus regulations concerning large gatherings will come into effect on Friday, ahead of the August bank holiday weekend.

Those facilitating or organising illegal raves, unlicensed music events or any other unlawful gathering of 30 people or more may face a £10,000 fine.

Participants can continue to be issued with fines of £100, while those with previous penalties will see the amount double on each offence, up to a maximum of £3,200.

Coronavirus: Cruise ship in Firth of Forth hit by Covid-19 outbreak