Left-wing candidate Pedro Castillo is leading in Peru’s presidential race, an exit poll says. Peruvians have been urged to come out and vote for the country’s next president despite rising COVID-19 deaths.

The exit poll come as voters in Peru were electing their fifth president in three years on Sunday, as polling stations opened across the country. About 25 million people were called on to vote in the Andean state, where voting is mandatory.

Elderly people were asked to arrive early to the polling stations and avoid crowds, as Peru faces one the deadliest weeks of the coronavirus pandemic thus far.

In the past week, there has been an average of 279 COVID-19 deaths every day. On Saturday alone, 384 fatalities were reported. 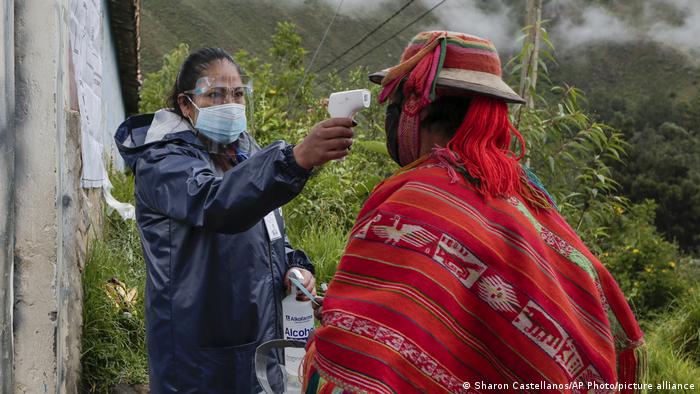 None of the 18 candidates standing for election enjoyed support from more than 10% of the electorate, according to election surveys. “No vote” was the most popular choice.

Some of the stations were unable to open on time due to the randomly picked supervisors not showing up.

The interim president, Francisco Sagasti, called on Peruvians to vote during the pandemic, saying there were “vulnerable people” waiting in lines.

“All possible measures have been taken to avoid contagions,” he said. “There should be no fear of complying with your civic duty,” he said.

At the same time, some medical professionals criticized the decision to hold the election and allow election rallies.

Neighboring Ecuador was also holding a runoff vote on Sunday to determine the next president.

Chile had planned a vote for Sunday, but delayed it because of the pandemic.

The next Peruvian president will likely be decided in a second-round vote in June. Reuters reported that the slight favorites to head to the second round were de Soto and radical leftist professor Castillo.

Fujimori, who the daughter of the imprisoned former conservative president, Alberto Fujimori, was also in the running. Six of the 18 candidates had already reportedly contracted COVID-19, with one having to cut campaigning short because of it.

Nearly all of Peru’s president in the last three decades have either been impeached or involved in corruption scandals.