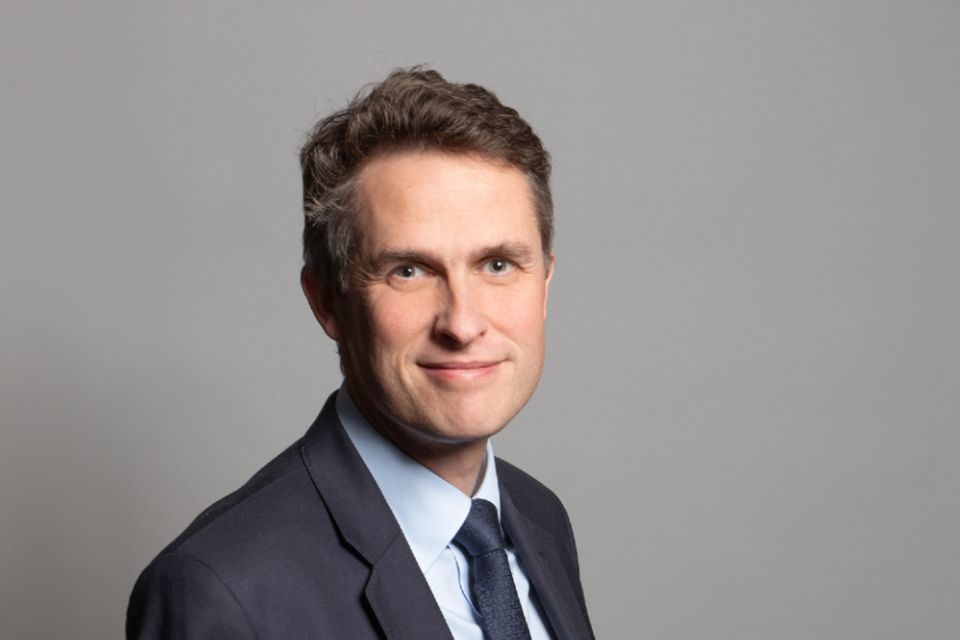 Students, teachers and school leaders from across the North East have received national recognition for their achievements and for making stand-out contributions to their communities.

Schools Minister, Baroness Berridge joined this year’s virtual prize giving ceremony, praising the winners for their achievements, including Tom Smith, winner of the Pupil Academic Lord Glenamara Memorial Prize, alongside the Education Secretary, Gavin Williamson who also appeared in a video message to the winners congratulating them on their accomplishments.

Tom, from St Leonard’s Catholic School, Durham, was one of over 40 young people nominated for the Prize, and was today hailed by Baronness Berridge as ‘an example to us all’ for his achievements both academically and for giving up his time to care for his mother, and 14 year old family friend, William, who has learning difficulties.

I would like to express my sincere thanks to the Department for Education for recognising young peoples’ commitments to their community. I was shocked when I heard that I had won as my responsibilities are primarily in one-on-one care- working with both my mum, as a young carer, and my friend with Down’s Syndrome.

This recognition is wonderful news for everyone like me, and I think by focusing on the work of individuals for individuals, awards like this will help to bring to light all of the amazing work people do every day for one another. I am humbled to receive this award, and accept it on behalf of every young carer and community-minded person, as a symbol of the government’s recognition of us.

I am thrilled that we are able to recognise the exceptional winners of the expanded Lord Glenamara Memorial awards. All winners and those that were nominated, are champions of their communities and they should be immensely proud of their achievements, especially in the face of the additional challenges we have all had to overcome this year.

The student winners all demonstrate the huge potential that exists in the North East. The staff are exceptional educators, who will stop at nothing in supporting the young people in their care to fulfil their ambitions.

I will continue to use the resources of government to support education in the North East, in particular through our Opportunity North East programme, making sure we drive and inspire the excellence on show at the awards across the region.

This year there were nine winners of the prestigious Lord Glenamara prize, an annual award that shines a spotlight on talent from across the North East. Further prize categories were added this year to celebrate the great achievements and talents from young people across the region in technical education, emerging teaching talent and also those involved in pastoral care and careers education. The increased scope of the prize forms part of Opportunity North East (ONE), a programme aimed at improving educational and employment outcomes in the region.

Baroness Berridge also congratulated this year’s new Pupil Technical Award winner, Mufshana Yasmin from the City of Sunderland College, for her outstanding achievement in Psychology and Health and Social Care. Mufshana, who is following her ambition to become a nurse, has been carrying out work experience at a local hospital, whilst also giving her time to volunteer at the Alice House Hospice Charity Store.

When I was informed that I had won the Lord Glenamara award I was ecstatic. This is the first time I have received such a prestigious award so I am extremely grateful that my hard work and dedication to my studies has been recognised.

My parents are a big driving force behind my achievements as they support me unconditionally, encouraging me to work harder. I was also able to rely on my teachers, no matter how many questions I bombarded them with.

I am currently in the middle of my adult nursing degree, with the hope of graduating with excellent results. Qualifying as a registered nurse will enable me to help people through challenging times like what we’re all currently facing.

Other prizes awarded this year include:

More:  Chancellor of the Duchy of Lancaster's statement on coronavirus (COVID-19): 3 May 2020

The Lord Glenamara Prize was first Introduced by the Department for Education in 2012, in memory of former Education Secretary and Newcastle MP Ted Short. The award forms part of the Government’s commitment to level up and raise aspirations for children in the North East, which the Opportunity North East (ONE) programme is helping to drive forward. The programme was launched in October 2018 and is backed by up to £24 million. It aims to improve educational and employment outcomes and boost young people’s aspirations in the North East.

Through this programme the Department for Education has committed to addressing five main challenges that exist across the region:

Today’s celebration follows last week’s virtual ONE Strategic Board which focused on maximising the impact of the programme in the current context and agreeing actions to support ONE Vision schools moving toward an Ofsted judgement of good.