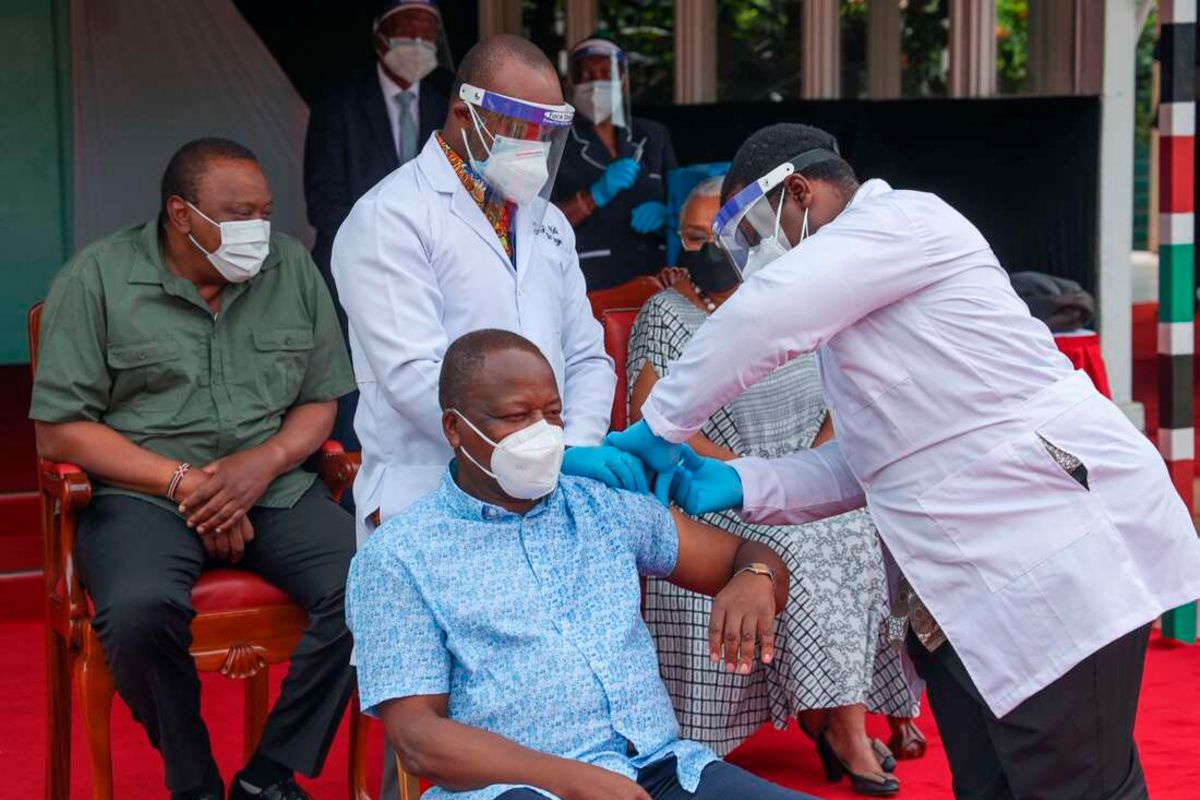 The Health ministry has pushed back the date people who have received their first dose of the Covid-19 vaccine are expected to get the second jab.

This comes after India imposed an export ban on AstraZeneca vaccines due to a sharp surge in Covid-19 infections.

A member of the vaccine advisory task force told Nation that the government has opted to administer the second jab 12 weeks after the first dose and not eight as previously planned.

“Kenyans should expect to see a new text from the Chanjo platform with adjusted dates on when they should go for the second dose. According to the manufacturers of the vaccine, the second dose can be taken anywhere between 8-12 weeks,” the official explained.

The Gavi-Covax facility, which supplies third world countries like Kenya with vaccines at subsidised rates, is yet to communicate to the government with the delivery dates for the second batch of AstraZeneca vaccines as well as the quantity.

“Gavi does projections and the country chooses, Pfizer and Moderna have been having limited doses, but if they become readily available, we will pick them. As per the last projection, AstraZeneca was the most readily available. We’re waiting as they promised,” Dr Akhwale then said.

Yesterday, the task force member Nation interviewed revealed that Kenya is negotiating with India in an effort to secure a second dose of the vaccine.

“We’re exploring all avenues and, as you may know, there is a global shortage of vaccines. We’re, however, hopeful that they will be here soon ,”the official said.

Dr Akhwale echoed the sentiments, urging the country to be patient as the task force is working round the clock to deliver.

Asked whether Kenya has a contingency plan if the second batch of vaccines fails to show up, the task force member declined to comment.

You want T.P. with that? During coronavirus crisis, restaurants some become grocery stores

Microsoft won’t re-open its U.S. offices until at least July 2021