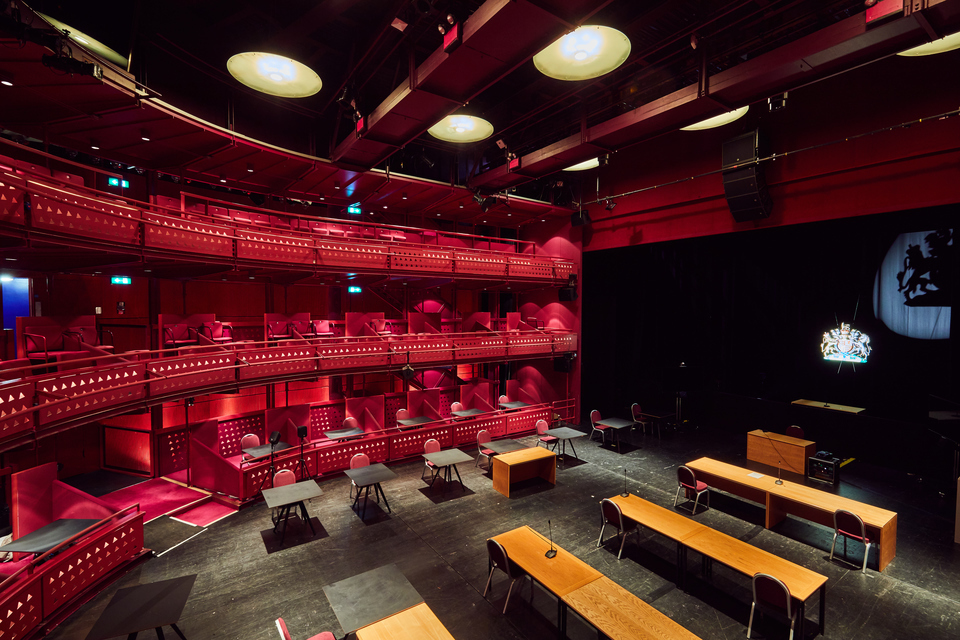 Located temporarily at the Bristol Law Society and Chester Town Hall, they will free up rooms in nearby crown courts – allowing more cases to be heard and delivering quicker justice for victims.

It brings the total number of Nightingale Courts, set up nationwide to alleviate pressure on courts and tribunals resulting from the pandemic, to 14. A further 3 are due to open later this month, in total providing an additional 22 courtrooms.

Meanwhile, portable jury rooms have been installed at courts across Yorkshire to unlock even more capacity. The Portakabin® buildings erected at Bradford, Hull, and Leeds Crown Courts will be used for jurors to deliberate and will allow eight courtrooms to resume hearing trials.

Crucially, the portable facilities provide sufficient space for 2 metre social distancing between jurors and come equipped with Plexiglass screens as well as hand sanitation stations, to help stop the spread of Covid-19. The temporary rooms will be installed at further courts across the country in the coming months.

These additional facilities will help to boost the capacity of these courts – reducing delays and ensuring speedier justice for all.

This is the latest step in our plan to work with the judiciary and legal sector in pursuing every available option to ensure our courts recover as quickly as possible.

Today’s (20 October 2020) announcement follows a recent [£80 million investment] (https://www.gov.uk/government/news/suspected-criminals-held-for-longer-as-criminal-courts-recovery-plan-announced) in the courts system to meet the unprecedented challenge presented by the pandemic. This will fund the employment of 1,600 new staff to support the recovery, with more temporary Nightingale Courts and technology to boost capacity. These measures are beginning to show positive results:

Meanwhile, a major £153 million investment across the courts system announced in July will speed up technological improvements and modernise courtrooms.

Why Donald Trump’s firing of the Intelligence Community IG is so, so egregious