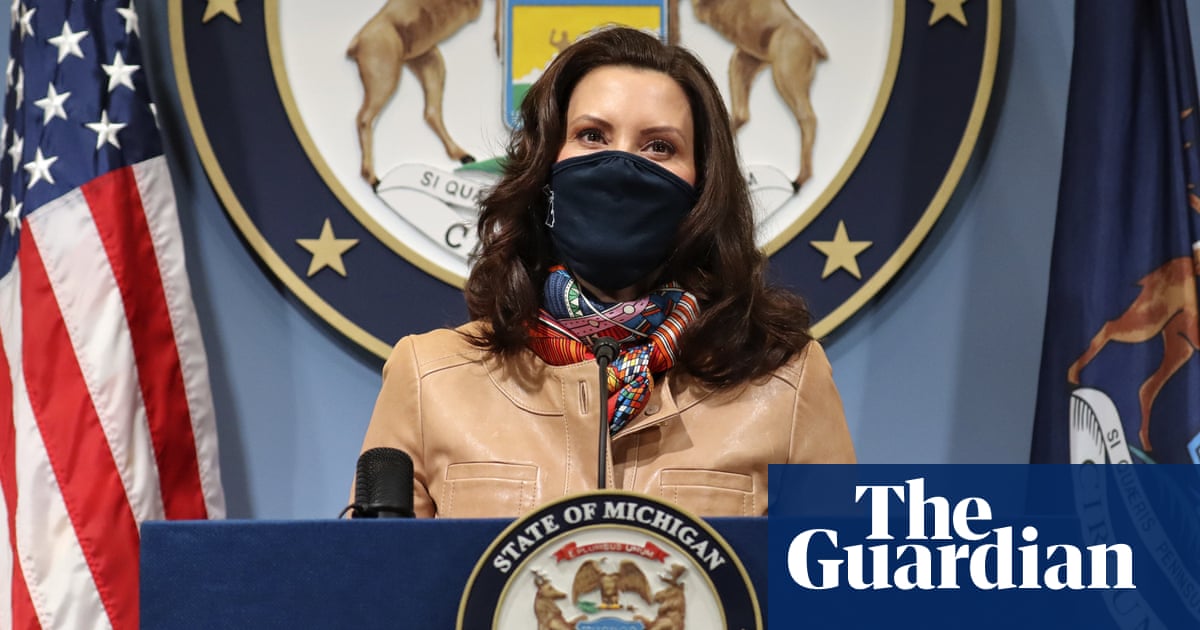 Gretchen Whitmer, the governor of Michigan, vowed on Sunday to push the Biden administration for more Covid-19 vaccines as her state experiences a worrying spike in cases.

Joe Biden has said Washington will give Michigan more federal resources to support vaccinations and testing, but not additional vaccines.

Whitmer, also a Democrat, told CBS’s Face the Nation she would work with the White House but wanted to do everything she could to get additional doses.

“We did not have a national strategy for a long period of time,” Whitmer said, “and then the Biden White House came in and we have one. And by and large, they’re doing a great job.

“I would submit, though, that in an undertaking of this magnitude, with such consequence, it’s important to recognize where there might need to be some adjustments along the way.”

Michigan has the highest rate of new Covid-19 infections in the US. The state reported 6,900 cases on Saturday and 74 more deaths. It does not report data on Sundays.

Whitmer said one factor behind the spike was that her state “kept our spread low for a long period of time, so we’ve got reservoirs of people that don’t have antibodies. We have variants, big presence of variants here in Michigan that are easier to catch. And people are tired and they’re moving around more.

“… We are seeing a surge in Michigan despite the fact that we have some of the strongest policies in place, mask mandates, capacity limits, working from home. We’ve asked our state for a two-week pause. So despite all of that, we are seeing a surge because of these variants.

“And that’s precisely why we’re really encouraging [the White House] to think about surging vaccines into the state of Michigan.”

Media outlets have reported Biden officials saying Michigan is not making full use of vaccine supplies. Whitmer said: “I don’t think there’s a governor in the country that’s leaving any vaccines on the table. And I can tell you that’s certainly the case in Michigan.

“We are getting shots in arms. We got over a million shots in arms just in the last two weeks. So we have really been rolling. We’ve spent a lot of time with the Covid Response Team, walking through. I think we found some common ground at the end of last week around the data.

“But all of that being said, right now, we know we’ve got even greater capacity. We could get more vaccines in arms. And when there is a surge, we think that it’s important that we rush in to meet where that need is, because what’s happening in Michigan today could be what’s happening in other states tomorrow.

More:  Here’s how Ayurveda medicines are helping in building immunity in COVID times

“It’s on all of us to recognize we can squash where we’re seeing hot spots. It’s in everyone’s best interest.”

Stocks Gain On Hopes For Virus Medication, US Stimulus Boost