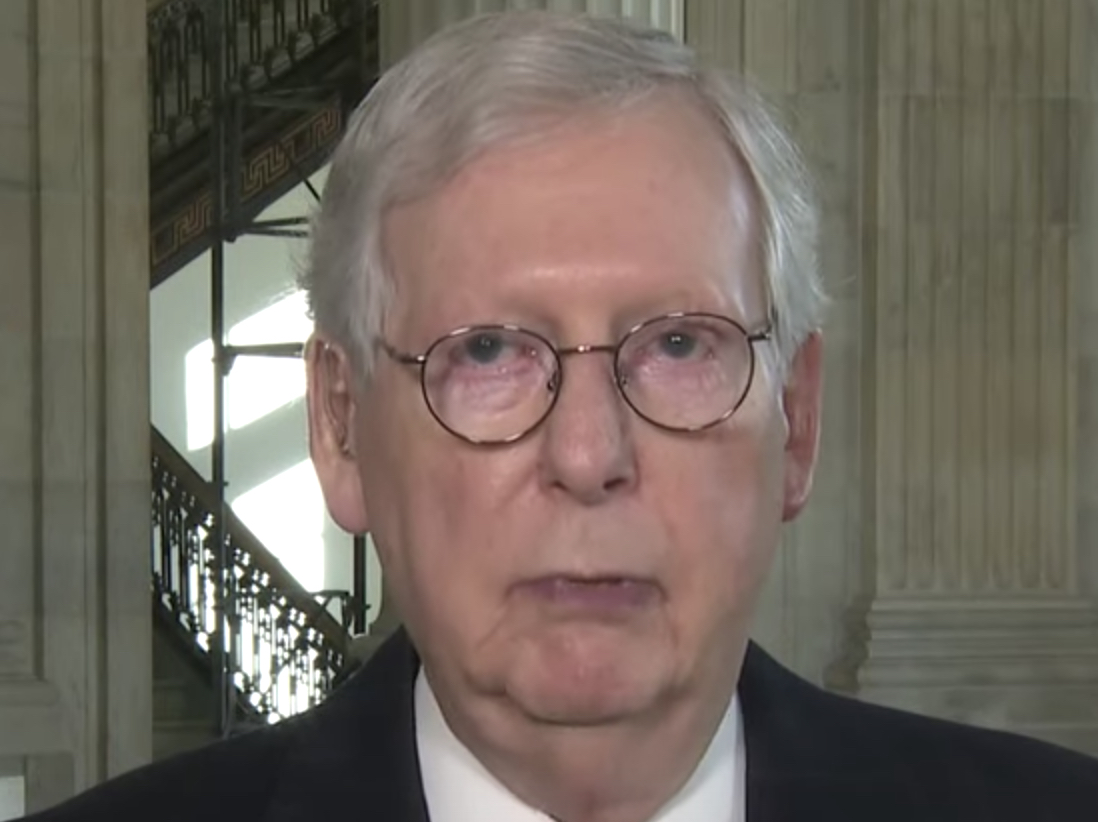 “Well, so, it’s noteworthy that, at the end, they finally gave us what we could have agreed to back in July,” McConnell said of the relief package. “I think what held it up was, they did not want to do anything before the presidential election. I think they felt that that would disadvantage the president.”

And, Senator, I want you to have a listen to Speaker Nancy Pelosi. Whenever a deal like this comes together, each side tries to say that the other side caved.

Here is how she spins it.

What took so long is because we could not get our Republican colleagues to crush the virus. I couldn’t understand it. Why would they not want to invest in the science that has told us so importantly that it required testing, tracing, treatment, separation, sanitation, and the rest?

PERINO:  Senator, how do you think you would describe the delay in getting the deal to fruition today?

I said back in July what the country needed was a package roughly a trillion dollars focused on kids in school, small businesses, health care providers, and direct cash payments. We tried to pass — we started advocating that in July and August. The talks were unproductive.

So, I essentially put that bill on the floor of the Senate in both September and October. Not a single Democrat supported it. Their view was:  Give us everything we want, or we won’t give you anything.

Well, so, it’s noteworthy that, at the end, they finally gave us what we could have agreed to back in July. I think what held it up was, they did not want to do anything before the presidential election. I think they felt that that would disadvantage the president.

But, look, we have finally got it done. We got it done in exactly the same amounts and with the same configuration that we would have been able to do back in the summer, but for all the intervening election shenanigans on the side of the speaker…

PERINO:  What about for people out there, so many of them are hurting, facing eviction, their bills are piling up, their restaurants are closed, they really want to work, but they can’t, that feel that this bill even is too little too late, and that Congress is out of touch with what people are really going through?

MCCONNELL:  It’s not too little, too late.

It’s directly targeted at exactly what the country needs right now. If, after the new administration comes in, they want to advocate more, we will take a look at it, based upon conditions in the country at that time.

But, look, the only thing that will stop this dilemma is the vaccine. And it’s going out, being distributed all over the country. We’re going to get the country vaccinated as rapidly as we possibly can. That is the only way we ultimately get a handle on this problem.

PERINO:  Let me ask you about the vaccines, because I know that you got yours last weekend.

There’s a little bit of grumbling from some people, saying that members of Congress should not be getting this before other Americans are. But you have a unique experience with vaccines, including the polio vaccine. And, in fact, you had a statement that we will put up here and out, and I will — but I will let you talk about it.

But you said that you know both the fear of a disease and the extraordinary promise of hope that vaccines bring.

MCCONNELL:  Well, look, first, in terms of the order of taking it, we were designated by a public health outside group to take it because of continuity of government concerns.

Second, I think it’s important for the leaders in the country to step up, take the vaccine, and help reassure the American public, because polls indicate about half the public is either skeptical about taking the vaccine or doesn’t want to take it at all.

That has to change, because we can’t solve this problem until large numbers of Americans are vaccinated.

As a polio victim myself, I fully understand the significance of vaccines. It took decades to develop the polio vaccine. This vaccine was developed in under a year, a modern medical miracle. And we need to take the vaccine.

PERINO:  Let me ask you about the fact that you have this deal that came together, and you have the Republicans in the majority, but you have these Georgia Senate run-offs taking place on January 5. And that will — those races will determine which party is going to maintain control.

If you will recall — I’m sure you do — when President Obama had the majorities, they were able to pass Obamacare. They almost passed cap-and-trade. They got that big stimulus deal with shovel-ready projects that weren’t ready.

Does anything that happened in the last few weeks of coming to this deal on COVID relief point you in the direction of what you want people to know about how important those Georgia Senate races are to you?

MCCONNELL:  Well, the Georgia Senate races happen to land right in the middle of this coronavirus agreement. Leaving them aside for a minute, what the country needs is exactly what we’re going to pass later tonight.

Winning in Georgia guarantees that the new president will be a moderate, because he won’t have any choice.

PERINO:  His new incoming deputy chief of staff, Jen O’Malley Dillon, she had some choice words for Republicans that she gave to Glamour magazine last week, using an expletive to describe Republican lawmakers, but singling you out in particular, saying that Mitch McConnell is terrible.

MCCONNELL:  Well, that kind of rhetoric is not helpful.

I know the new president. I know him well. That’s not the kind of thing, I don’t think, he would have said. And my guess is, she was probably taken to the woodshed after saying that.

PERINO:  Do you anticipate that, in the new year, you would have another chance to do a COVID relief bill? Will there be another one?

And, at that point, do you think you will be able to get liability relief for small businesses into that package?

It’s not just for small businesses, Dana. It’s universities. It’s nonprofits. It’s hospitals, doctors, nurses. This epidemic of lawsuits is already developing. These people need to be protected, because they were doing the best they can with an unknown disease.

And if there is another coronavirus relief bill after the 1st of the year, I’m going to insist that liability protection for these universities and health care providers is a part of it.