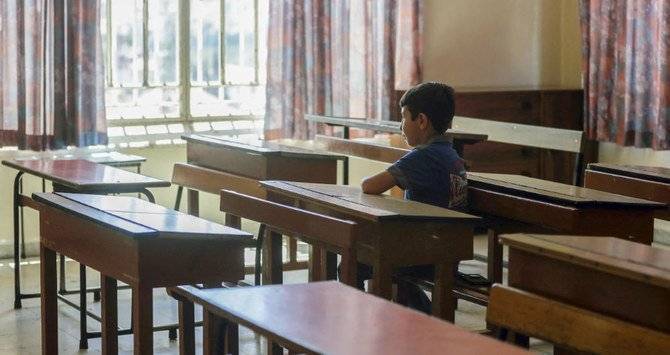 Caretaker Education Minister Tarek Majzoub has called for a gradual return to in-person classes beginning on Wednesday, but teacher and student groups are pushing back. Majzoub announced last week that blended learning will begin again on April 21 for high school students preparing for the July 26 baccalaureate exam, which they must pass to get their diploma. However, the union representing public secondary school teachers announced that its members will not return to classrooms until all the teachers of baccalaureate students are vaccinated against COVID-19. Meanwhile, a student committee said its members will protest the plan on Monday, saying students are not sufficiently protected without being vaccinated as well. The student group also said 12th-graders should be automatically given their degree rather than having to sit for the exam, as was done last year, because the curriculum “did not reach all students fairly” due to this year’s school closures.

A judicial dispute has been playing out along political lines since Lebanon’s top prosecutor, Judge Ghassan Oueidat, sidelined Mount Lebanon Public Prosecutor Ghada Aoun last week by removing her from cases related to “important financial crimes.” Some have described the dispute as an extension of the government formation standoff between President Michel Aoun and Prime Minister-designate Saad Hariri. Oueidat is seen as close to Hariri, while Ghada Aoun is considered an ally of the president. Judge Aoun had recently issued a warrant against SGBL chair Antoun Sehnaoui in connection with a case against BDL Gov. Riad Salameh, a Hariri ally. On Saturday, a day after her removal from financial cases, a defiant Aoun, along with State Security officers and a group of Free Patriotic Movement supporters, attempted to raid the office of the wholesale exchange company Mecattaf in Awkar for a second time as part of an investigation into exchangers’ parallel market dealings. Meanwhile, caretaker Justice Minister Marie-Claude Najm held an emergency meeting on Saturday with a group of judicial authorities, after which she called on the Judicial Inspection Board to investigate the dispute, saying the case was undermining public confidence because the judiciary was showing itself “incapable of fighting corruption, and [fighting] in media battles.”

Banque du Liban has invited banks and legal exchangers to attend training sessions this week in preparation to launch its electronic currency exchange platform. BDL’s platform, which aims to become the reference point for the lira’s market value, was announced on March 19 and supposed to launch a week after. The central bank will hold three days training sessions starting on Tuesday at the ESA Business School in Hamra. However, the launch date and the exchange rate at which the lira will be priced remain unknown, a BDL spokesperson told L’Orient Today.

Eight private and public universities have received the Health Ministry’s go-ahead to purchase the Pfizer-BioNTech COVID-19 vaccine, the ministry said on Friday. Some 410,000 doses of the vaccine will be distributed for staff and students at the higher education institutions starting in July. Those wishing to be inoculated must register on the government-run Impact platform. Also Friday, caretaker Health Minister Hamad Hassan said a walk-in procedure for vaccinations will be rolled out in June. On Saturday, another 47,970 doses of the Pfizer vaccine arrived in Lebanon, bringing the total number delivered to 391,950.

Meanwhile, the Future Movement’s office in Akkar invited residents of the northern region to register for the Sputnik Light COVID-19 vaccine, continuing a trend of political parties securing vaccines for their supporters. The one-dose Sputnik Light vaccine has not yet been tested or approved for use in Lebanon, unlike the two-dose Sputnik V vaccine. The party said the doses had been secured by Prime Minister-designate Hariri.

More:  All 9,000 coronavirus vaccine slots at Alamodome filled in 6 minutes

Caretaker Education Minister Tarek Majzoub has called for a gradual return to in-person classes beginning on Wednesday, but teacher and student groups are pushing back. Majzoub announced last week that blended learning will begin again on April 21 for high school students preparing for the July 26 baccalaureate exam, which they must pass to get their diploma. However, the union representing…

Advice on staying secure during COVID-19

Buckingham Palace announce the death of the Duke of Edinburgh