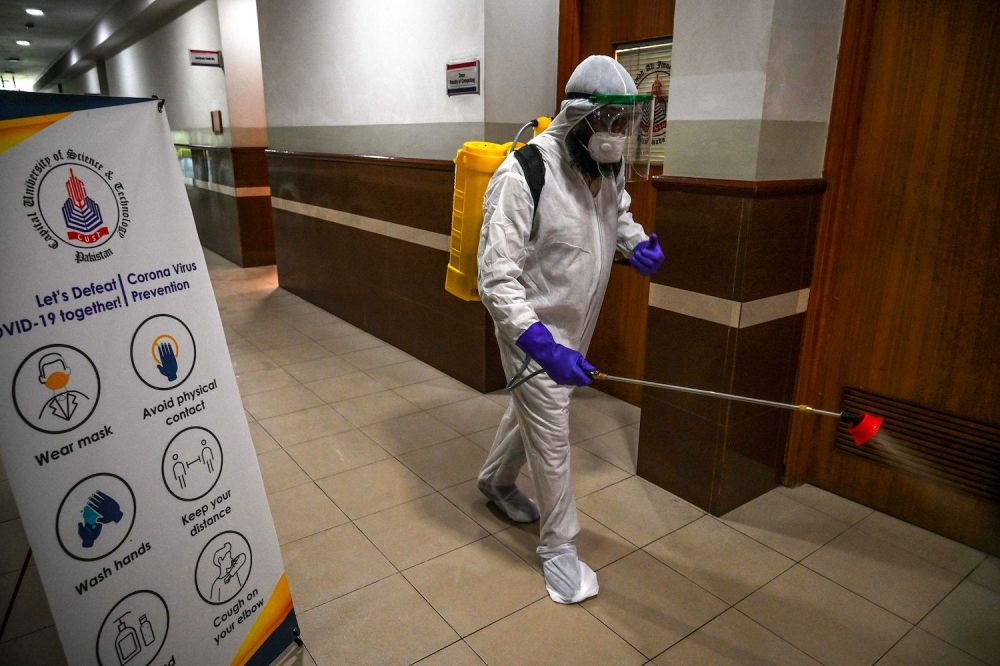 We welcome your feedback at morningbrief@foreignpolicy.com.

The Pandemic Reaches Another Grim Milestone

The death toll from the coronavirus pandemic has officially hit 1 million people as much of the world is now experiencing a second wave and a vaccine remains elusive. Total worldwide cases also continue to rise, topping 33.5 million today.

Large parts of the world have seen a resurgence in recent weeks. Europe in particular has been hit by a major spike, despite several European countries being praised for their quick action earlier this year and the continent’s ability to stem the spread of the virus for much of the spring and early summer. The United Kingdom, France, and Spain have emerged as new hotspots, and the U.K. government was recently forced to reimpose new restrictions in certain parts of the country.

The United States still leads the world in total cases with just over 7 million, but India, which has also experienced its own recent surge, now follows closely behind.

Numbers don’t tell the whole story. Mike Ryan, the executive director of the WHO’s health emergencies program, said the numbers are “likely an underestimate” of the actual figure. “When you count anything,” he added, “you can’t count it perfectly. But I can assure you that the current numbers are likely an underestimate of the true toll of Covid.” Ryan also warned last week that it was “not impossible” for the death toll to eventually reach 2 million if countries don’t implement a coordinated approach to defeating the virus.

The long road to a vaccine. The Trump administration has pushed hard in recent months to develop a vaccine before the November presidential election. This week, Johnson & Johnson’s vaccine entered Phase 3 of testing, making it the fourth one in the United States to do so, following vaccines currently being developed by AstraZeneca, the University of Oxford, and BioNTech and Pfizer. But the U.S. Centers for Disease Control and Prevention (CDC) recently cautioned against excessive optimism. CDC Director Robert Redfield warned that it could take many months to make a vaccine available to the entire U.S. population, possibly until as late as next July—and even then strong anti-vaccine sentiment could be a barrier to widespread vaccination.

More problems on the horizon. The global push for a vaccine has already been marred by international politics and geopolitical competition. As Foreign Policy’s Adam Tooze wrote earlier this month, a vaccine could solve many political and economic problems, but it could also exacerbate others, especially inequality both between countries as well as within them.

Pompeo calls for calm in Greece. U.S. Secretary of State Mike Pompeo touched down on the island of Crete on Monday to begin a two-day round of talks with the Greek government amid the country’s worsening dispute with Turkey in the eastern Mediterranean. After meeting with Foreign Minister Nikos Dendias, the United States and Greece issued a joint statement “[reaffirming] their belief that maritime delimitation issues should be resolved peacefully in accordance with international law.”

Pompeo’s visit represented a rare intervention by the United States in the current dispute between Greece and Turkey, but it could reflect the Trump administration’s broader effort to boost its foreign-policy credentials in the run-up to the presidential election in November. Efforts at a peaceful resolution have largely been spearheaded by the European Union, and EU leaders are scheduled to meet later this week to discuss ways forward.

Nagorno-Karabakh is the source of considerable tension between Armenia and Azerbaijan. Nominally under Azerbaijan’s jurisdiction, the majority-ethnic Armenian region gained de facto independence after a brutal war between the two countries in the 1990s. As Foreign Policy’s James Palmer wrote, the current round of hostilities is unlikely to pass control of the region to Azerbaijan, but it could spark a wider confrontation between Turkey and Russia.

Pushing for peace in Pakistan. Abdullah Abdullah, one of Afghanistan’s top peace representatives, arrived in Pakistan on Monday to start a three-day visit aimed at boosting the Afghan government’s efforts at peace with the Taliban. According to a statement released by the Pakistani foreign ministry, Abdullah’s visit “will provide an opportunity for wide-ranging exchange of views on the Afghan peace process and strengthening of Pakistan-Afghanistan bilateral relations and people-to-people interaction.”

Pakistan has long been seen as a key part of the Afghan peace process. Its relationship with the Afghan government has always been strained, and Afghan officials have accused the country of covertly supporting the Taliban. But as Fahd Humayun wrote in Foreign Policy earlier this month, Pakistan’s influence over the Taliban has decreased in recent years, and the loss of its status as a guarantor of the peace process could cause serious problems down the road.

Keep an Eye On

Togo Prime Minister. Togo’s President Faure Gnassingbé has appointed Victoire Tomégah-Dogbé, a longtime government official who has held several ministerial posts, as the country’s next prime minister in a historic move that makes her the first woman to hold the position. The government of Prime Minister Komi Selom Klassou resigned on Friday as the country continues to grapple with the effects of the pandemic. Klassou had served as prime minister since 2015, but his resignation was expected after Gnassingbé won re-election in March, extending his family’s long-time hold on the presidency. Tomégah-Dogbé’s new government is expected to be sworn in in the coming weeks.

U.S. threatens Iraq. U.S. officials have threatened to pull the country’s diplomatic corps from the country’s embassy in Baghdad if the Iraqi government fails to curb attacks on U.S. personnel in the country. The threat of a U.S. withdrawal has raised concerns in Iraq about the possibility of renewed warfare in the country, with some Iraqis concerned that a diplomatic withdrawal would be followed by increased military action against Iran-backed militias.

The initial U.S. threat came just before a high-level meeting between Iraqi and Iranian officials last weekend, during which efforts to strengthen economic and political ties between the two countries were discussed, as well as the role of the United States in the region.

Ion Aliman, the late mayor of the Romanian village of Deveselu, won in a landslide victory to serve a third term as mayor despite his death from coronavirus complications earlier this month. Local officials said Aliman’s death occurred too close to the date of the election to remove his name from the ballot, but his victory was considered a symbolic demonstration of his mass popularity among locals. “It is your victory,” said one man in a video posted on social media showing people gathering around his tombstone. A new vote is due to be held to elect a new mayor.

That’s it for today.

For more from FP, visit foreignpolicy.com, subscribe here, or sign up for our other newsletters. Send your tips, comments, questions, or corrections to morningbrief@foreignpolicy.com.