The number of people who have tested positive for coronavirus in the UK has risen by almost 1,500 as the death toll passed 460.

Some 9,529 people had tested positive by 9am on Wednesday, the Department of Health confirmed. That’s up from 8,077 at the same point a day earlier.

The latest figures were released after it was confirmed that the Prince of Wales had tested positive for Covid-19.

Meanwhile, officials said 463 people who tested positive for coronavirus had died as of 9am on Wednesday. It added that the latest figures do not cover a full 24-hour period.

NHS England said on Wednesday night that a further 28 people aged between 47 and 93, have died after testing positive for coronavirus in England.

Related:  Plans to build a field hospital in Chineham to help with Covid crisis revealed

The 47-year-old did not have any underlying health conditions, NHS England said.

Wednesday’s death toll for England was significantly down on Tuesday’s figure of 83.

Mr Johnson said the Government was “massively ramping up” testing for coronavirus, as he announced that 405,000 people have now signed up as volunteers to help vulnerable people. 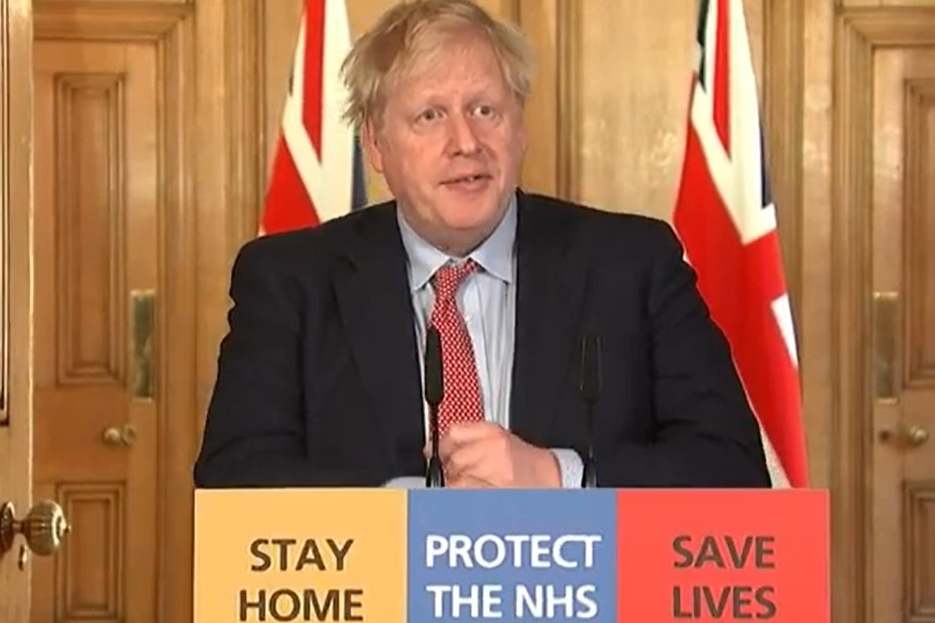 
Speaking at the daily press conference inside Number 10, he added that he wanted to offer a “special thank you to everyone who has now volunteered to help the NHS.

“When we launched the appeal last night, we hoped to get 250,000 volunteers over a few days.

“That is already, in one day, as many volunteers as the population of Coventry.”

The figure was given as the Foreign Office announced that Steven Dick, 37, the deputy head of mission at the British Embassy in Budapest, had died after contracting coronavirus.

Clarence House earlier announced that the Prince Charles, 71, was self-isolating at home in Scotland with his wife, the Duchess of Cornwall, 72, who does not have the virus. 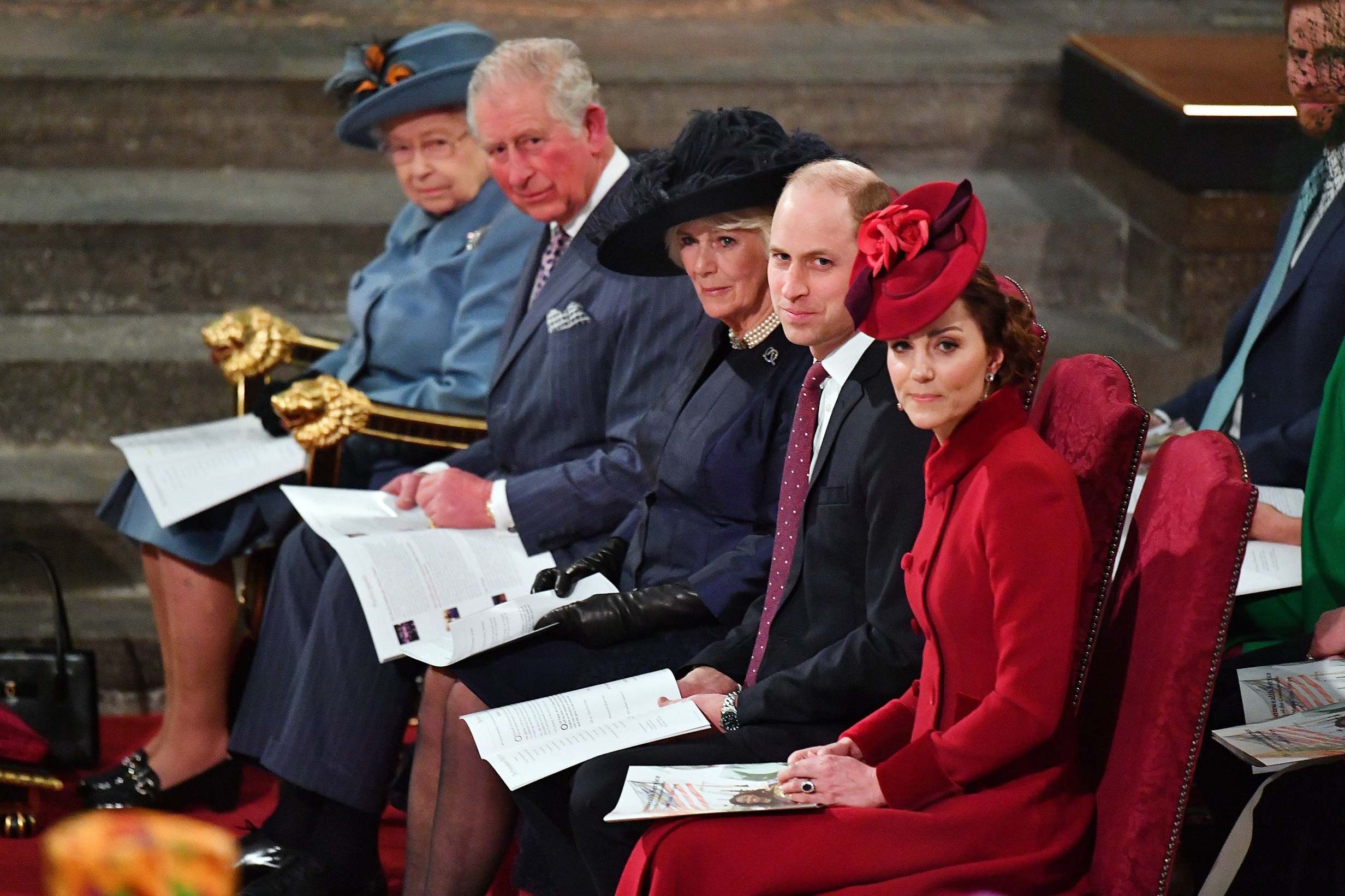 Charles met ‘hundreds’ in weeks before testing positive for virus


A statement said the prince had “mild symptoms” and the couple had received tests on the NHS in Aberdeenshire after meeting the requirements for testing.

During the press conference, England’s chief medical officer, Professor Chris Whitty, dismissed claims made earlier by Professor Sharon Peacock, director of the National Infection Service at Public Health England (PHE), who said members of the public will be able to carry out coronavirus antibody tests at home very soon.

She said 3.5 million tests, which will tell people whether they have had the virus, would be made available and distributed via Amazon and in places like Boots.

But Prof Whitty said members of the public would not be buying these tests via the internet next week.

He stressed that frontline NHS workers would need the tests first, so they could get back to work if they have had already had the virus.

The NHS is also carrying out separate tests to see if people currently have the virus, which are being given to patients in hospitals alongside some community sampling.

Earlier, NHS England’s medical director, Professor Stephen Powis, said hundreds of thousands of these tests for Covid-19 per day could become a reality within weeks.​

Replying to a question about how well the country was coping, Mr Johnson said that “never in our history has the Government put its arms around people in the way we are doing now to help them get through this time”.

He added that a tailored package of support would be announced on Thursday to help self-employed people.

The PM said: “I do think when you look at the sheer scale of what the Government is doing to get this country through, we will cope and are coping very well indeed under the most challenging possible circumstances.”

Prof Whitty said it will be a “close run thing” for the NHS to get through the coming weeks without the coronavirus crisis overwhelming critical care capacity.

Everybody needed to follow the strict lockdown measures designed to slow the spread of the virus in order to give the NHS the best possible chance, he said, adding that the NHS was ramping up its capacity.

Although there was “not enormous pressure” at present, the NHS was braced for demand for critical care beds to rise over the next fortnight.

“Because of the actions that people are taking, and provided everybody continues to keep the social distancing measures – which are very difficult, in terms of staying within households, only doing absolutely essential things apart from exercise – that will help to pull down the demand a very long way,” he said.

It said doctors are risking serious illness and death due to a lack of stock or local rationing, and it warned many more could go off sick unless immediate steps are taken.

Health Secretary Matt Hancock has said millions of pieces of PPE have been sent out in recent days and a hotline has been set up so staff can report where there are shortages.

Speaking to the Commons science and technology committee earlier, leading expert Professor Neil Ferguson, from Imperial College London and a member of the Science Advisory Group for Emergencies (Sage), which advises the Government, said current predictions are that the NHS will be able to cope if lockdown measures are followed and capacity increases as planned.

“There will be some areas that are extremely stressed but we are reasonably confident – which is all we can be at the current time – that at the national level we will be within capacity,” he said.

Prof Ferguson said widespread testing is needed to help move the country from suppression measures and lockdown into something it can manage long-term.

He added: “We clearly cannot lock down the country for a year.

“The challenge that many countries in the world are dealing with is how we move from an initial intensive lockdown … to something that will have societal effects but will allow the economy to restart.

“That is likely to rely on very large-scale testing and contact tracing. It should be stated that the entire world is in the very early stage of developing such strategies.”

Prof Ferguson said the hope is that once the lockdown is lifted, the infection can be kept at manageable levels.

He said the demand on intensive care in the UK will peak in approximately two to three weeks and then decline thereafter.

Can Eating Sugar Weaken Your Immune System? Here’s What To Know.