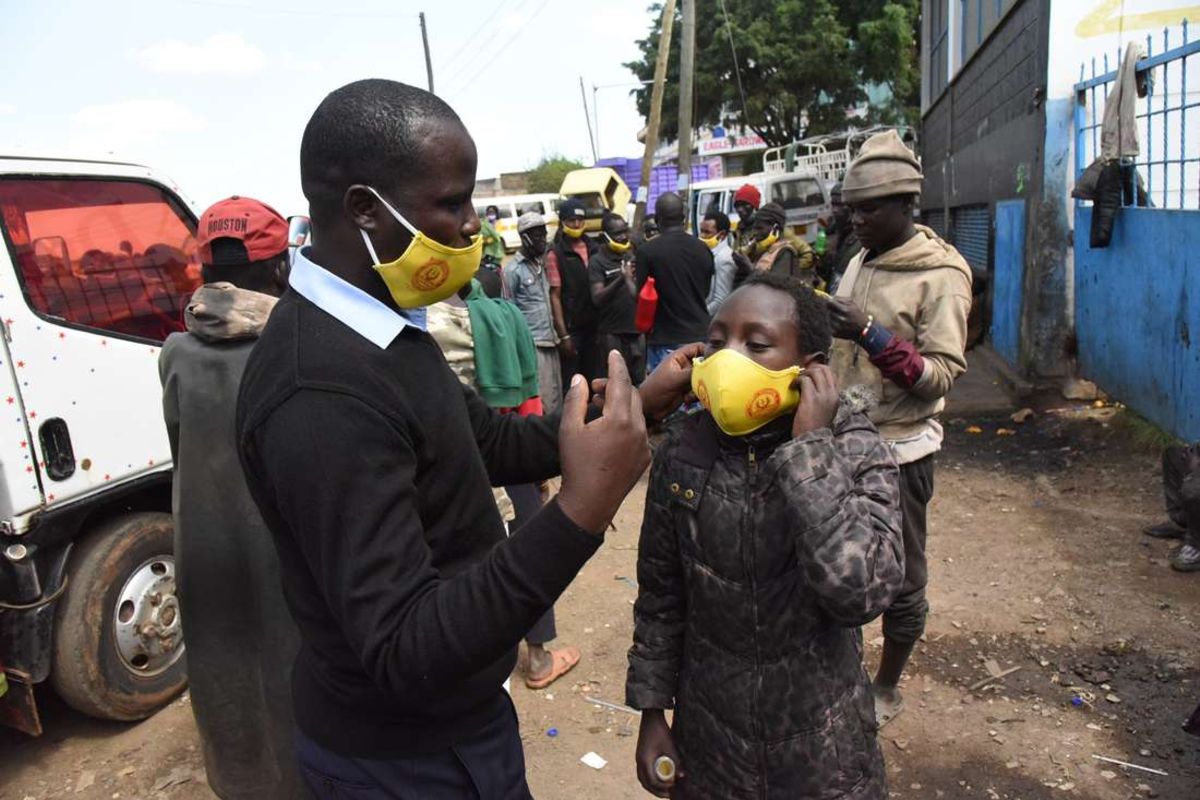 Nairobi street families say they do not know anyone in their community who has contracted Covid-19 or has been killed by it, terming masks and sanitisers as luxuries.

Authorities say data on infections is not captured by class, and experts also caution that there is no study to suggest street families are immune to the virus.

Nation.Africa interviewed more than 20 families to find out what they know about the pandemic and how they are staying safe from the deadly virus.

“We listen to radio mostly and most people we beg from tell us about Corona,” says Ms Catherine Wanjiku, 36.

Ms Wanjiku, however, adds, “We worry about what to eat, not masks and sanitisers.”

The mother of three says she does not understand how she remains healthy despite not observing any Ministry of Health guidelines on Covid-19.

“My children beg for food from everyone. Sometimes a stranger stops eating something and hands it over to them.”

“I heard that Covid-19 affects rich people who suffer from diseases like diabetes and asthma,” Ms Mary Wangare, 24, a street mother of two told the Nation at Jeevanjee Gardens.

She also believes that because her children eat ugali, terere, managu and other vegetables, they are healthier.

“I was born on these streets. We know each other very well and so I can assure you none of us has contracted or even died of that virus.”

“Ni Mungu tu (it’s by God grace). We are shocked and do not understand why they are never sick,” says Mr Paul Haiyae, a cigarette vendor.

More:  At this rate, January will be the deadliest month of Covid-19 in the US

Mr Haiyae is kind enough to escort the Nation team to a crowded street alley, which the families have converted into a sleeping area.

“They flock here in huge numbers and squeeze together to sleep, perhaps for warmth but none of them has ever fallen ill.”

He interacts with them on a daily basis and would then easily confirm that they do manual jobs and manage parking spaces for Nairobians – coming into contact with people from all walks of life.

Prof Matilu Mwau, the Kenya Medical Research Institute (Kemri) director for Busia, believes that street families’ social distance from the rest of the population by virtue of their lifestyle, may work to their advantage.

“There’s no known study that can prove to us that they are immune,” explains Prof Mwau.

He, however, believes that since street families are exposed to more infectious diseases, they may have robust immune systems.

Dr Moses Masika, a virologist at the University of Nairobi, though echoing the sentiments, cautions that the country is not collecting that data.

“This is very interesting. We need compelling evidence based on a study on the immunity of street families with regard to Covid-19.”

Mr Samuel Siringi, from the State Department of Social Protection, told the Nation that most of the data collected by the Ministry of Health (MoH) is done by sex and age groups and not by social classes, which, in his view, explains why there is no known official data released on street families.

He, however, promised to make all the information available.

In 2018, the national census report on street families in Kenya by the State Department of Social Protection revealed there were 46,639 street people nationwide and majority were males (72.4 per cent).

It was also established that 58 per cent of street persons had never been married while 22 per cent were either married or living together with partners.

About five per cent of children aged 10 to 18 were reported to have either married or were living with a partner. Overall, more than two-thirds of street persons moved from one place to another within the county.

This comes even as the Kenyan government strives to support the implementation of programmes that seek to ensure the country is free of street families in line with the long term development plan —Vision 2030 — and the Constitution of Kenya.

It is also in line with the international commitments which Kenya has ascribed to such as the Sustainable Development Goals, with their clarion call of leaving no one behind.

Bronx Assemblywoman returns to nursing on frontlines of coronavirus battle