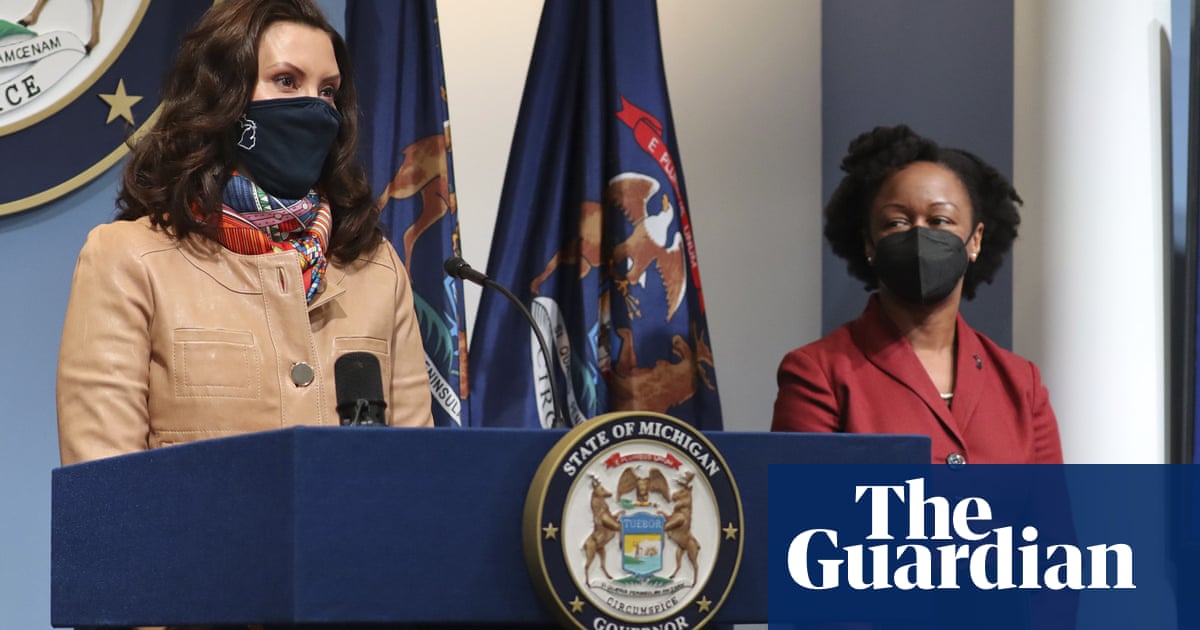 There are ominous signs of a new wave of coronavirus infections building in the US midwest, even as vaccinations continue to gather pace across the country.

In Michigan, hospitalisations have soared and intensive care beds are being rapidly filled. An average of 7,226 cases a day were confirmed in the state last week, according to Johns Hopkins University data, approaching record highs seen in November. Michigan’s public health system “is overwhelmed”, warned the state’s top medical official, Joneigh Khaldun.

The surge has prompted Governor Gretchen Whitmer to urge people to restrict activities and wear masks and for schools to halt in-person learning.

“A year in, we all know what works and this has to be a team effort,” the Democrat said. “We have to do this together. Lives depend on it.”

Covid is also making a resurgence, albeit to a lesser degree, in Minnesota, where cases have jumped since March. On Friday, 2,659 new infections were reported, the most in a single day since January. Governor Tim Walz has said he is not planning new restrictions but called on the federal government to speed up vaccine delivery.

Illinois reported 4,004 new cases on Friday, also the most since January, with the number of seriously sick people in hospital rising.

“We are seeing hospitalisations going up. It’s very challenging,” said the governor, JB Pritzker. “I watch the numbers every day and I’m hypersensitive to what direction the state is going and what we need to do next.”

Public health experts have blamed the rise in cases on on the spread of the highly infectious coronavirus variant B117, first identified in the UK, along with the relaxation of restrictions in the wake of dropping cases and the uptake of vaccines.

The variant is now the most common source of new infections in the US, according to the federal Centers for Disease Control and Prevention (CDC). The agency is attempting to track the spread of the variant to help states clamp down on its spread.

The fresh wave of cases has clouded optimism spurred by speedy vaccine rollout. The CDC has said one in four of all adults are now fully vaccinated, with 75% of older people getting at least one dose.

“It’s almost a race between getting people vaccinated and this surge that seems to want to increase,” Anthony Fauci, Joe Biden’s top medical adviser, told CNN.

Fauci said people needed to “hang in there a bit longer. Now is not the time, as I’ve said so many times, to declare victory prematurely.”

Texas ranks low in testing availability among other states

Locations of large gatherings and people sunbathing in Plymouth