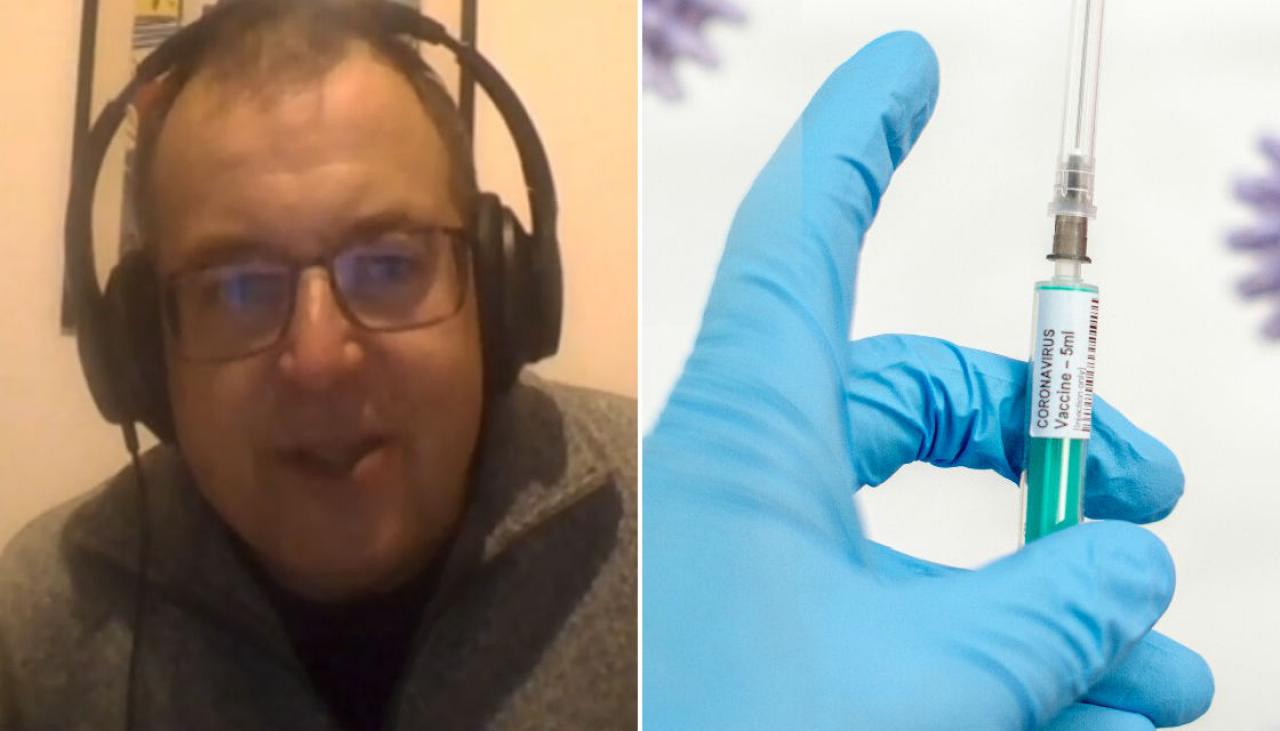 Watch: A Kiwi who received a trial COVID-19 vaccine says researchers are ‘optimistic’ about its progress. Credits: Video – The Project; Image – The Project / Getty Images

A New Zealander is playing a pivotal role in helping a COVID-19 vaccine be ready before the end of the year.

The head of the UK-based Oxford University vaccine trial says it’ll be ready by Christmas.

The trial has thousands of participants around the world, but Kiwi journalist Richard Adams, who lives in Oxford, got the trial jab on day one.

He told The Project on Monday he felt like a “guinea pig” during his part of the trial.

“The part of it I was in is what they call ‘phase one’, and the phase one part of a vaccine isn’t really to see if it works or not, it’s to see if it has any side effects on the people you’re injecting it into,” he said.

“It’s only in phase two or phase three – they call it the efficacy part – where they actually look at whether it works or not. So at this point, I’m very much a guinea pig.”

Adams said he didn’t suffer any major side effects.

“It was fine. I felt tired for a couple of days after it and that was it. I’ve spoken to other people who’ve had a booster, who’ve had two shots of it, and by the second one, they’re really tired… But different people will react different ways.”

The Oxford trial was halted in September after a person who received the vaccine was hospitalised with neurological complications. But a clinical virologist said this condition isn’t only linked to vaccinations and can happen by chance in some people.

Adams said the Oxford researchers sounded “pretty optimistic” when they told him about their vaccine’s progress.

“What they’ve told me is they’re pretty sure it works. And the other thing they told me on Friday was they have been giving booster shots to people who got it earlier and that really works really well,” he said.

“They want to find out if one shot is enough or if people need a booster, and how many people does it cover, so does it work for 50 percent of people or 60 percent of people. Because no vaccine will be 100 percent effective.”

Watch Adams’ full interview on The Project above.