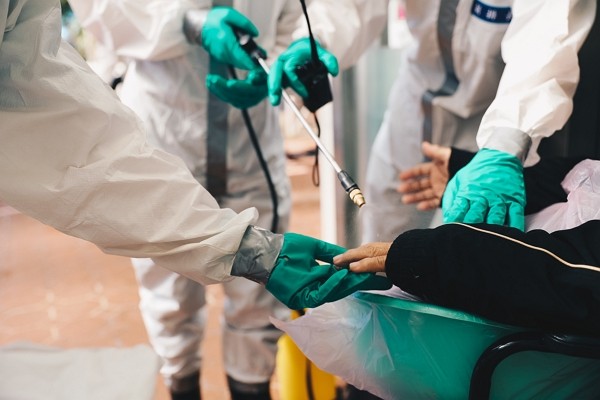 TAIPEI (Taiwan News) — The condition of a critically ill patient in a coronavirus cluster associated with Taoyuan General Hospital has improved to fair, according to the Central Epidemic Command Center.

As the number of domestic infections in the hospital cluster expanded to 15, cities in northern Taiwan have adopted stricter public health measures to prevent community infections. More than 5,000 people, including patients discharged from Taoyuan General Hospital and related contacts, have been told to undergo 14 days of home isolation followed by seven days of self-health monitoring and a polymerase chain reaction (PCR) test.

Speaking at a press conference Monday evening (Jan. 25), CECC Spokesman Chuang Jen-hsiang (莊人祥) pointed out that the conditions of earlier cases in the hospital cluster have all stabilized. He said cases 838 and 839, medical workers who were the first in the outbreak to be infected domestically, have not experienced any severe symptoms.

Meanwhile, case no. 812, a Taiwanese man suspected to be the source of the outbreak, is still intubated in an intensive care unit but has gradually recovered, according to Chuang. He had returned from the U.S. on Dec. 27 after visiting relatives, and the CECC determined that he may have passed the coronavirus on to case 838 while being intubated.

Chuang said health officials have yet to identify how case 838 contracted the disease while wearing protective gear. However, he explained that the investigation will continue and that the CECC has asked case 838 not to be too self-critical, CNA reported. One chart shows how many coronavirus tests per capita have been completed in 6 countries. The US has finally caught up.