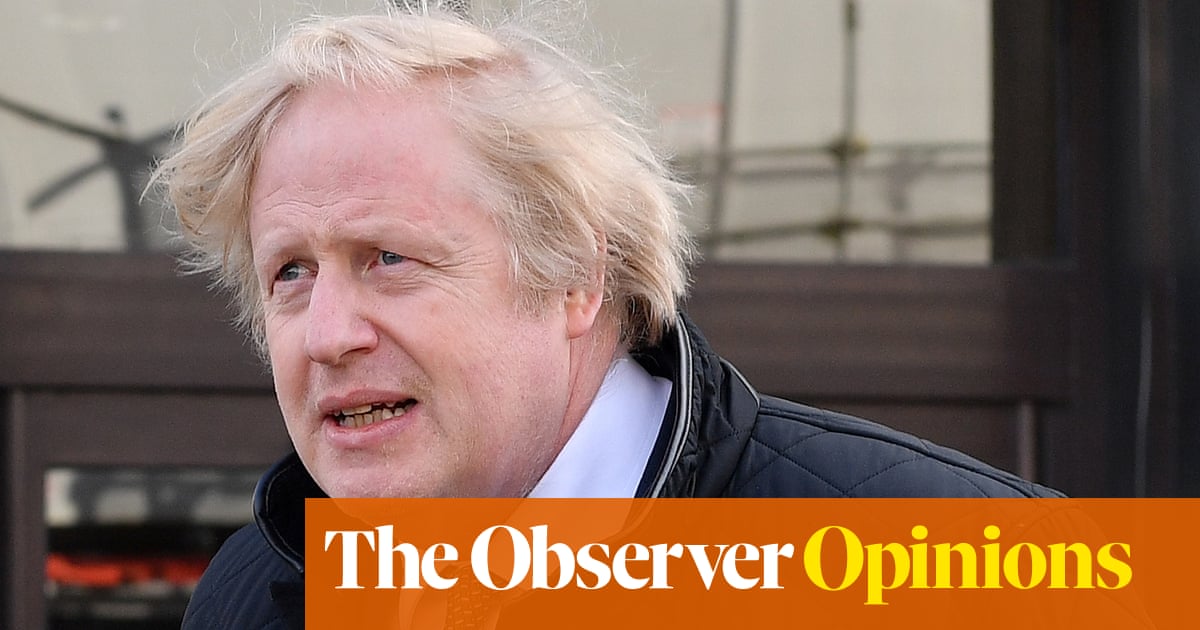 Spring is finally here. I know this because of the chorus of MPs complaining that they can’t get an appointment for a haircut before May and lamenting that there are no restaurant tables available for a spot of plotting over an alfresco lunch. These will sound like nice problems to have in countries where Covid is rampant. Infection levels in India have leapt to a record high. Brazil is in a terrible place. Many of our neighbours in Europe are imposing fresh restrictions on life as they struggle to avoid being engulfed by a third wave.

Britons are in the much happier position of seeing infection rates plunging. The number of daily new cases was approaching 1,000 per million people when Covid was at its most virulent in January. That has now fallen to fewer than 50 in a million. Boris Johnson has reaped a dividend, deserved or not, in an approval rating that has climbed back into positive territory. The reward for everyone else is tomorrow’s easing of restrictions when hairdressers, clothing retailers and beer gardens will be among the places permitted to reopen. The prime minister hails this as evidence that the “roadmap” back to normality is on track. The government wants to celebrate, but a wise one would do so very cautiously. To use my favourite Van-Tamism, they’d be extremely foolish to “tear the pants out of it”.

Previous releases from lockdowns have been accompanied by fate-tempting proclamations that it represented “Liberation Day” only for the resurgence of infection to force the government into reverse. One of the overarching lessons of this pandemic is that it is perilous to pronounce too confidently about the pathway of this nasty disease and reckless to try to escape lockdowns too quickly. Ministers envisage the ending of the bulk of restrictions by 21 June, but we should know by now that the coronavirus has absolutely zero respect for anyone’s plans and has a record of making politicians and their promises look ridiculous.

The difference this time, and the main source of optimism that we won’t come out of the third lockdown only to end up in a fourth, is the vaccination programme. Impressively efficient distribution means that more than half of adult Britons have now received at least one jab. While levels of vaccine-scepticism remain worryingly high in some communities, general take-up has exceeded expectations within government when deployment began. Surveys suggest that more than nine out of 10 people want to be vaccinated. A mess has been made of some of the communications to the public about potential side-effects, a debate that has centred around the AstraZeneca jab. Yet most people seem to be getting the essential message: the chances of suffering an adverse reaction are very slight compared with the dangers from either the disease or many other things most people do without anxiety. For the vast majority, the riskiest bit of getting vaccinated is the journey to the vaccination centre. At the same time, there is a growing appreciation among politicians that the inoculation programme is not a cure-all. While efficacious for most, vaccination does not guarantee protection for everyone and about half the country still hasn’t had a shot. “Monday’s reopening should be OK,” says one person at the heart of decision-making, before adding the critical caveat “but a lot depends on human behaviour.” There’s the potential for infection rates to take off again if a lot of the public take it as a cue to dramatically reduce compliance with social distancing. Sage, the Scientific Advisory Group for Emergencies, recently published modelling which suggests easing will lead to a rise in infection. Scientists aren’t certain when a new surge will happen, but there is a consensus that there will be one.

In a worst-case scenario, things become as dire as they were in January, an especially wicked month for fatalities. Then there’s the spectre that causes the iciest shivers down the spine of Whitehall: encountering a mutation that is vaccine-evasive. “That would take us back to square one,” groans one senior Tory. Actually, it probably wouldn’t be quite that awful, because vaccines can be adapted to respond, but it would certainly be a massively demoralising setback. All this supports the case for a phased easing, leaving plenty of time between each step to assess the impact on infection levels before going any further while being prepared to stamp on the brakes if the disease gets out of control again. The scientific advice to unlock with caution has been the dominant influence on Mr Johnson since the new year, when he was finally forced to learn from his previous blunders.

But another group is competing for his attention. These are the self-described “defenders of liberty” in his party. Along with their megaphonic allies in the rightwing media, they are again becoming clamorous for the government to toss aside the roadmap and rush the easing. When an inquiry into the crisis is eventually established, it will be beyond its remit to establish how much responsibility these voices have had for the frequently calamitous handling of the pandemic. But I don’t think there’s much question that they have had an effect and it has not been benign. Their media wing has bellowed against restrictions and badmouthed the scientists. Their parliamentary wing has agitated, mounted rebellions and even threatened Mr Johnson with a leadership challenge. Whenever the anti-lockdown faction doesn’t get its way, it complains that the prime minister has been “taken hostage by the scientists” (ie is listening to expert counsel) who keep “moving the goalposts” (ie are responding to fresh data about a novel disease). Those who have been in the room when crucial decisions have been taken are in no doubt about the strong gravitational pull they exert on Mr Johnson.

Fear of the response from Tory MPs was a significant factor in some of his gravest mistakes, imposing lockdowns too slowly and trying to get out of them with dangerous haste. The noise they generate has waxed and waned in inverse correlation with the death toll. When fatalities are rising, they go mute. Not much was heard from the let-it-rippers in January when the virus had been allowed to explode out of control because Mr Johnson followed their urgings by spurning the scientific advice to have a pre-emptive autumn lockdown. When death rates are falling, often thanks to the very measures that they fume about, they turn up the volume again.

Rebelliousness among Tory MPs is being fuelled by the slow dawning that the vaccination programme, however successful, does not mean a complete return to the old normal. When Chris Whitty, the chief medical officer, cautions that “this virus will be with us for the foreseeable future”, these Tory MPs can’t stand it, not because they have any evidence that he’s wrong but simply because they wish it wasn’t so.

They have found a new issue to rally around in opposition to the idea of vaccine passports. These are surely going to be inevitable in the future for anyone wishing to travel abroad. It is their potential use on our own shores that is firing up a mutiny, even though the government has yet to say how a certification scheme might work or even announce any firm intention to introduce one. More than 40 Conservative MPs have already declared they won’t stand for domestic vaccine passports, more than enough to defeat the government if all the opposition parties are also in the No lobby.

For some libertarian Tories, this is a genuine issue of principle. For many of the dissenters, it is just a stick with which to beat the government for not surrendering to their demands for a more rapid exit.

The volume of noise they generate, and the attention they receive, has always been unrepresentative of how much public support they enjoy. Polling has consistently shown substantial majority support for lockdowns. Voters’ main complaint about the handling of the crisis is not that restrictions have been too harsh or sudden, but too sluggish and too permissive. The Opinium poll we publish today finds a majority saying that they think restrictions are being eased at about the right pace. Just one in 10 of respondents wants to go more quickly.

When he first set out his “roadmap”, Mr Johnson declared that Britain’s emergence from this lockdown would be “cautious but irreversible”. He was not in a position to make such a promise, but he stands a better chance of keeping it if he listens to the scientists and shuts his ears to the siren voices in the Tory party and the rightwing media who have lured him on to the rocks before.