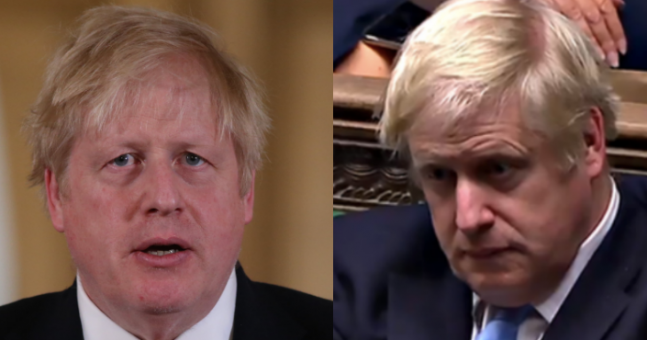 Boris Johnson misled parliament over the publication of Covid-19 contracts, a court order has shown.

With his government riddled with allegations of cronyism over the manner in which they’ve allocated contracts to firms during the pandemic, the prime minister has insisted that all contracts were “on the record”.

However, the High Court on Friday stated that 100 contract out of 708 relevant ones had not been published. The government, the order has said, “acted unlawfully” in doing so.

The order, by judge Mr Justice Chamberlain says: “The Defendant has published 608 out of 708 relevant contracts for supplies and services relating to COVID-19 awarded on or before 7 October 2020.

“In some or all of these cases, the Defendant acted unlawfully by failing to publish the contracts within the period set out in the Crown Commercial Service’s Publication of Central Government Tenders and Contracts: Central Government Transparency Guidance Note (November 2017).”

The court order is another blow to the Tory government, who have been accused of wasting public funds in their allocation of Covid contracts.

The Health Secretary, Matt Hancock, was last month ruled to have acted unlawfully by the High Court for not publishing the details of Covid contracts his department handed out in a timely way.

Mr Justice Chamberlain found that Hancock did not comply with government transparency principles that require the details of such contracts to be published within 30 days.

The Good Law Project, which brought the legal challenge against government, have released a statement: “Remarkably, the Judge’s Order is based on Government’s own figures – so at the same time as Johnson was falsely reassuring MPs, Government lawyers were preparing a statement contradicting him – revealing 100 contracts and dozens of Contract Award Notices were missing from the public record.”

Expat convicted for not wearing mask