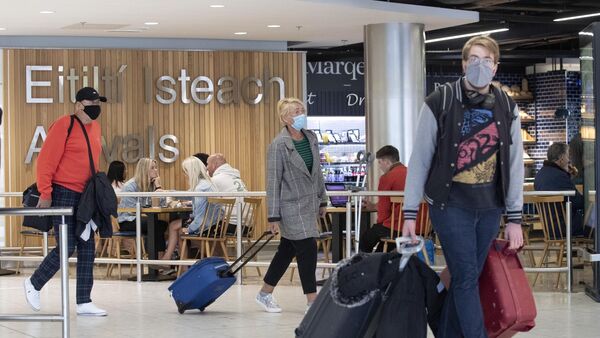 The Minister for Transport, Eamon Ryan, said members of the public leaving Ireland on a flight may need to take a Covid-19 test before going to the airport to get their plane.

Finalised details on the government’s plans for airport testing are due in the next two weeks and Mr Ryan said not every passenger who travels through airports would be tested as capacity needs to be retained for the public health service.

“You have to be careful that you don’t take from the testing capacity that we need in the State within our public health system,” said Mr Ryan, “more likely it [testing] would apply where you would take a test a period of time before flying, because that is what other countries are doing.

“I think it meets some of the public health concerns, that you are not missing people at the airport.”

Mr Ryan said this testing regime is necessary for travel to be sustained as there is certain personal and business travel that people “do have to do”.

Mr Ryan said: “We don’t want it interrupting or getting in the way of other public health testing but we do need it because we do need a certain amount of […] there is certain business or other travel needs, personal travel needs, that people do have to do.

“It will be limited in terms of, as I said it won’t be for every person flying.

“But we will need some in my mind. I think it is more likely to be in advance rather than at the airport.”

Rapid airport testing had been considered as part of the government’s ‘Living With Covid’ plan published earlier this month but was not confirmed.

Germany, Poland, Iceland and Lithuania have been removed from the list earlier this week and the changes come into effect from midnight tonight.

The list is updated on a weekly basis to include EU/EEA countries with a 14-day cumulative number of Covid-19 cases per 100,000 of 25 or less.

How to tell the difference between hay fever and coronavirus