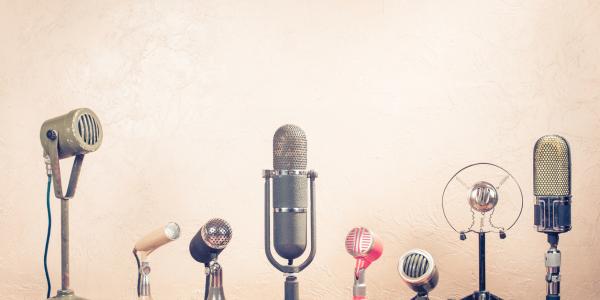 Teachers understand how giving feedback to pupils in the right way is crucial in helping them to progress and achieve their potential.

However, there has historically been much debate over what format feedback should take, from swapping red pens to verbal feedback, or even encompassing more ingenious methods featuring lolly-sticks or secret chairs.

In a new report from the Education Endowment Foundation, chief executive Professor Becky Francis says that a “feedback methods see-saw” has operated between extensive written comments when marking to verbal feedback.

The report aims to move “beyond the see-saw” and go back to the principles underlying good feedback, regardless of method, say the researchers. The findings will support teachers to deliver the “high-quality teaching” that “has never been more important as schools look to recover their pupils’ learning in the wake of the pandemic”, says Professor Francis.

Quick read: Does remote learning kill the art of feedback?

So what does the report recommend for the best forms of feedback?

1. Lay the foundations for effective feedback

One of the key points raised in the report is that feedback can only build on effective teaching and learning. Teaching must build on pupils’ prior knowledge, as well as avoiding overloading pupils’ working memory by breaking tasks down into manageable steps.

Teachers should also adapt their teaching to their class’ needs before embarking on feedback. Pupils need to know what they are expected to produce before starting a task – sharing model answers, discussing the strengths and weaknesses of responses, or designing questions themselves could all help pupils understand what they are aiming for prior to starting work.

2. Feedback should be appropriately timed

The EEF’s research review found that feedback delivered immediately after learning, up to a week after or delivered during learning were all associated with a similar effect on attainment.

The report therefore recommends that schools do not need to be overly specific about when feedback is given and should leave this decision to the teacher – the type of feedback and when it is delivered will depend on the type of task, the pupil and the class.

For instance, a pupil performing a PE assessment might realise they have got something wrong relatively quickly, whereas a pupil writing an essay might not spot they have misunderstood something, and should be corrected earlier so that this misconception does not continue.

More:  As Americans vote, Trudeau says Canada ‘extremely lucky’ COVID-19 has not been politicized as it has been in the U.S.

In a class setting, a teacher might quickly realise that the whole group has misunderstood a particular concept, and might give whole-class feedback or re-teach the idea at once.

Feedback should also be focused on the task, the subject, or self-regulation – for example, asking a pupil to think about their preparation for an essay if they receive a poorer mark than usual. Personal feedback, for instance telling a student that they are “great at maths”, rarely works. There is also limited evidence that commenting on the amount of effort a pupil has made is effective.

3. Plan for how pupils will receive and use feedback

The effectiveness of feedback can depend on pupils’ motivation and desire for feedback, their self-confidence, their trust in their teacher and their working memory.

The EEF suggests that if teachers discuss the purpose of the feedback with their class, model how it can be used, ensure the feedback is clear and focused, and ensure that pupils understand it, this may help them to use the feedback more effectively.

4. Consider how to use purposeful and efficient written feedback

The EEF notes that “rather than focusing on the method by which feedback is delivered, schools and teachers should ensure that all feedback fulfils the principles of effective feedback [outlined in numbers 1 to 3]”.

“If written feedback does this, it may well prove effective; however, such practices should be closely monitored for their impact on teacher workload and schools should continue to consider the role that verbal feedback can also play.

The choice of method (written or verbal) should also be left to the classroom teacher, who can better judge what is appropriate,” the report adds.

The report recommends that live marking, coded marking, or giving pupils more time to edit and revise their work could reduce the burden of written feedback.

5. Consider how to use purposeful verbal feedback

Teachers in the report commented that verbal feedback could be more adaptive and was also taken more seriously by pupils.

“One secondary school teacher observed: ‘When you have a conversation with them, they take it more seriously than when they just read it on a sheet, I find. And you can also clarify whether they actually understand what you mean by their target because sometimes they don’t.’”

Displaying work exemplars on a visualiser for whole-class feedback, for example, can be a highly effective form of verbal feedback.

The EEF suggests that verbal feedback should target the initial learning aims, perhaps through the use of success criteria or a checklist.

Pupils could also summarise verbal feedback in bullet points to avoid forgetting the details later on. It could also be delivered through video or audio recordings.

Good feedback needs to be underpinned by an effective whole-school policy. The EEF suggests that schools should avoid specifying the wrong things such as the pen colour or mandatory use of marking stamps.

The purpose should also be to improve pupils’ learning, not to satisfy parents’ expectations of what good marking looks like, or to make a judgement about a teacher’s performance.

School leaders should consider the opportunity cost of marking time, and where possible, time-efficient methods should be suggested to cut down on workload, provided these are not detrimental to pupils.

Using examples and models of different types of marking could also be helpful for staff.

Professor Francis said: “Done well, feedback can support pupil progress, build learning, address misunderstandings, and thereby close the gap between where a pupil is and where the teacher wants them to be.

“This process is a crucial component of high-quality teaching, which has never been more important as schools look to recover their pupils’ learning in the wake of the pandemic.

“However, large amounts of time are spent providing pupils with feedback, perhaps not always productively.

“Historically, much consideration has been given to the methods by which feedback is delivered. Our report aims to move beyond this and focus on what really matters: the principles of good feedback.

“These focus on laying strong foundations for feedback, ensuring that it serves to move learning forward, and that teachers plan ahead how it will be received and used by their pupils.”

UK thanks Turkey for COVID-19 support

‘Cheap manufacturing be damned’: Sentiment builds for moving U.S. companies out of China