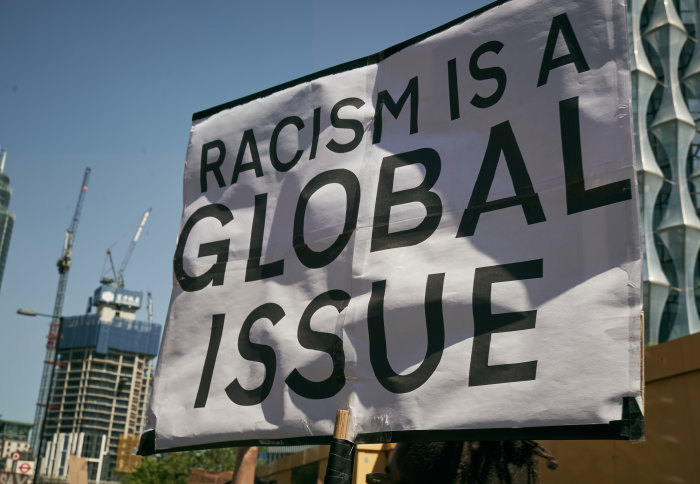 Many members of the Imperial community have expressed solidarity with the Black Lives Matter movement following the killing of George Floyd.

Professor Alice Gast, President of Imperial College London, said: “I’m deeply angered by the violence and racist acts in the United States. My heart goes out to all Black students, colleagues, alumni and friends who have been directly or indirectly hurt by recent events. I share their grief and outrage.

“I’m also saddened by continuing racial injustice in Britain and around the world. Racism and violence have no place in society. It is important for us to pull together as a community to support those who are afraid and mourning and to say: Black Lives Matter.

“As a leader of a top university, committed to equality, diversity and inclusion, I am determined to not just show solidarity, but to work with our community to enact change. As a university we can do more to address racial inequality and injustice – and we will.”

Deborah Adegoke, Black & Minority Ethnic Students Officer for Imperial College Union, said: “Is my Black life controversial? Few people say that racism is right, yet even fewer will speak out on discrimination that’s embedded in the system governed by society. Racism transcends geographical locations; these sentiments are felt worldwide.

“I am the BME Officer, but I am a Black person first. I can’t speak on behalf of the whole community, but I know we’re all tired. To every person who has and continues to contribute and fight with us, thank you. To my fellow Black people, I understand. It’s hard. Please remember there is power in numbers. I urge us all to be willing to become uncomfortable so that we may make tangible changes to the system that continues to silence us, so we will be heard. Please take care of yourself at this time and know that you are not alone.”

Imperial As One, the College’s advisory group made up of BAME staff, helps set priorities, particularly by examining custom and practice, the traditions of the College, and identifying how these impact on staff.

I am grateful for those who have spoken out but we need action, words are not enough. Madina Wane PhD student

“Racism is real. In America, in the UK and around the world.

“To be witness to the televised murder of another person because of the colour of his skin.

“To see the video spread out across the internet is heartbreaking. It’s terrifying, brutal and dehumanising. This is not a film! This is one of life’s inequitable realities.

“For years, people of colour have spoken out against systemic racism that we live and breathe daily. We’re told so often that we’re just making it up, that we’re playing the race card.

“Racism is not a game, it’s real, pervasive and takes away people’s lives. It’s everyone responsibility to examine their practice, check their behaviour and learn that there’s more that unites us than divides.

“No, it’s not a chip on our shoulders, it’s your knee on our necks.

PhD student Madina Wane said: “The tragic deaths, racist incidences and protests in the US have thrown into sharp light the inequalities that still exist for Black people across the world. Watching events unfold and thinking about these injustices has been difficult for myself and many of my friends and colleagues at Imperial. I am grateful for those who have spoken out but we need action, words are not enough.

“As a Black student who has spent almost eight years here, I have noticed that despite our strength as an international community, there is still an underrepresentation of Black people in our community. So although much of the focus is on the US, all of us, including Imperial as an institution, should be reflecting on our complicity in perpetuating inequality. Imperial prides itself on championing equality, diversity, and inclusion but not all our actions fit with these values.”

Beverly Okuneye, President of the African-Caribbean Society, added that the last few weeks have emphasised the violence and hatred that Black people constantly experience. “It feels as though it’s a crime to be Black and that this mentality won’t stop unless a change is made. We are so tired of our lives seeming to be meaningless and having to worry about if we or our loved ones make it home safely. Every incident bringing so much pain to our hearts.”

It is the cumulative effect of less visible stresses of stereotyping – the micro-aggressions (“Where are you really from?”), the promotions denied, the anxieties of racial harassment – that accumulate in the statistics for education, health or employment. Kani Kamara Head of the Equality, Diversity and Inclusion Centre

Professor Stephen Curry, Assistant Provost for Equality, Diversity and Inclusion, said: “Police violence in the United States should focus, not divert, our attention on the structural racism that black people experience daily in the US, in the UK and at Imperial. Many white people struggle to acknowledge that reality because so few of us have ever experienced being racialised. That is our ‘white privilege’.

“For those of us who are white, one of the most important lessons of the past few days has to be to work harder to understand how the lives of our black colleagues and students are impacted daily by racism. We can be better friends and allies, and learn what positive steps we can take to combat racism.

“We have already started out on this road in efforts across our campuses to implement the EDI strategy, but have been brutally reminded of just how urgent this work is.” 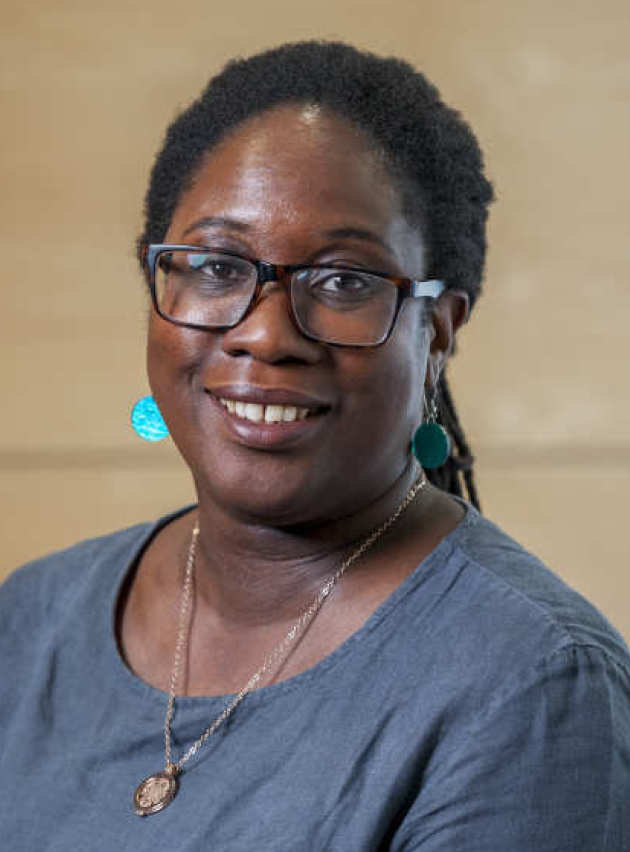 Kani Kamara, Head of the Equality, Diversity and Inclusion Centre, has added her voice in a blog post co-written with Professor Stephen Curry. They said:

“The concern isn’t just fear of racist mistreatment by the police, although black people are far more likely than whites to be stopped and searched in London, or to die in police custody. Such incidents affect only a minority of black people. Rather, it is the cumulative effect of less visible stresses of stereotyping – the micro-aggressions (“Where are you really from?”), the promotions denied, the anxieties of racial harassment – that nevertheless accumulate in the statistics for education, health or employment. Anyone who cares to seek out the numbers will see that life in Britain is still permeated by racial inequality.”