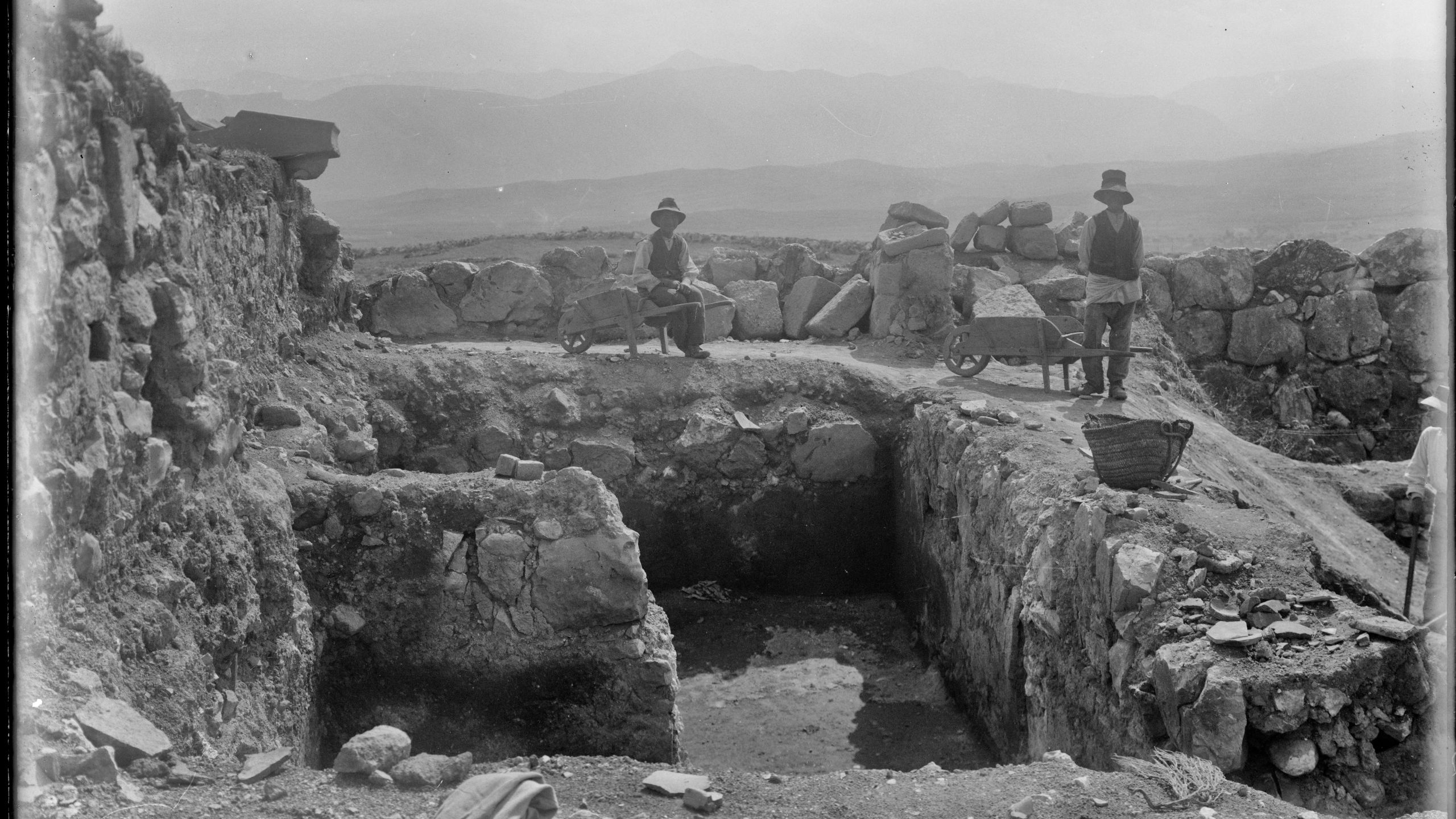 Since 2013, the Faculty of Classics has been home to a fascinating collection of photographs, architectural and illustrative drawings, correspondence and original archaeological notebooks, preserving important material from these pioneering excavations.

In 1999, UNESCO deemed Mycenae, located in the Peloponnese of modern Greece, to be a World Heritage site, highlighting the impact the site had and continues to have on European art and literature for more than three millennia.

Mycenae was a place of considerable power and a key site of the Mycenaean civilisation in the Late Bronze Age (c. 1600-1100 BCE). The stories associated with this site and its remains would go on to play a vital role in classical Greek culture as a source of inspiration in art and literature. Mycenae was part of a complex Bronze Age society with impressive architecture, and complex arts and crafts. Thanks to its control of key trade routes by both sea and land, the city flourished.

With an impressive collection of monumental tombs and richly-furnished burials, it is also a key site for investigating the rise of social complexity and state formation in the Aegean, ca. 1600-1200 BCE. Heavily fortified in its final centuries, Mycenae was an administrative centre in the 14th and 13th centuries BCE.

Bringing Cambridge University Libraries to you