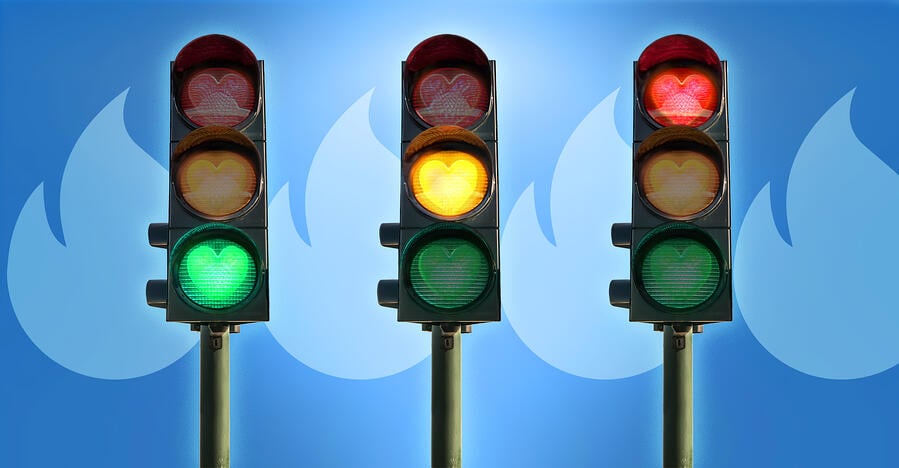 The tech landscape is littered with good intentions that can have serious, long-lasting negative consequences

Intimate partner violence affects broad swathes of society — and the world of online dating is no exception. To address this problem, Tinder recently announced that their parent company, Match Group, is making a “significant contribution” to the non-profit background check platform Garbo. As a part of that contribution, Match will be integrating Garbo’s services directly into the Tinder platform. Users will be able to choose whether they want to pay a (presently undisclosed) fee directly to Garbo in order to run a check on a potential date.

Garbo was founded in 2018 by Kathryn Kosmides, herself a survivor of gender-based violence. The non-profit’s goal is to reduce gender-based violence by providing low-cost access to “public records and reports of violence or abuse, including arrests, convictions, restraining orders, harassment, and other violent crimes.” In order to address issues of inequity in the justice system, Garbo won’t be including drug convictions and traffic stops, which are known to disproportionately affect marginalized groups.

Match Group plans on testing the technology in Tinder and then rolling it out to other Match properties — which include Match, OkCupid, PlentyOfFish, Hinge, Pairs, Meetic, and OurTime — later this year. Garbo is presently in beta and accessible only by invitation, but they’ve announced that people will be able to run a check with only a last name or phone number.

Match is positioning this partnership as part of their ongoing efforts to protect people who use their platforms. For example, they’re currently partnering with RAINN to assess how they deal with reports of sexual misconduct on their sites and apps. They also implemented an in-house advisory group focusing on “the prevention of sexual assault, abuse, online harassment, and related issues.”

But while protecting users from gender-based violence is undeniably important, both privacy experts and victims’ rights advocates have concerns about offering in-app access to online background checks.

“A lot of the time, these sort of security features are well-intentioned — but ineffective,” Avast Chief Privacy Officer Shane McNamee says. “They sound good, but they don’t justify the privacy violations. So even if you’re trying to defend a really important right, you have to weigh how useful it is and how much evidence there is that it will work.”

Noble — but will it work?

Erica Olsen, the director of the National Network to End Domestic Violence (NNDEV) Safety Net program, points out that many people who commit gender-based violence aren’t convicted — or even arrested. A “clean” background check, then, can lead to a false sense of security.

“Often when background checks are promoted as part of a feature functionality, they’re promoted as a safeguard without any context of their limitations,” Olsen says. “If someone doesn’t come up — if they’re not seeing a person’s name or record in there — that can lead someone to think there isn’t an issue. But we know that a lot of people are not convicted in a way that would actually show up in a background check.”

According to the RAINN, the lead organization against sexual assault in the United States, 230 out of 1,000 — or about one quarter — of sexual assaults are reported to the police. Of the assaults that are reported, 46 out of 1,000 lead to arrest; nine get referred to prosecutors; five lead to a felony conviction; and 4.6 will be incarcerated. The numbers for assault and battery are higher — more than half are reported; about a quarter lead to arrest; one tenth are referred to prosecutors; and three percent will end up incarcerated — but they’re still a small percentage of actual crimes committed.

Additionally, Patrick Ambron, founder and CEO of the online reputation management and privacy company BrandYourself, points out that it wouldn’t take much for someone who knows they have a record to circumvent the system. “All they’d have to do is sign up with a different name and phone number,” Ambron says.

The dataset is problematic

In addition to concerns about what isn’t included in the dataset, there are potential issues with what is included.

“It seems to me that if you’re going off convictions, you’re working with a problematic data set to begin with,” McNamee says. “Even if a person is found guilty, there’s no way of knowing how ‘bad’ they are. It’s potentially a lot to extrapolate that someone is a danger to women just because they’ve been convicted of something. And for all the convicted criminals, there are a lot of people who haven’t been convicted because of structural injustices in the way crimes are reported, prosecuted, and sentenced.”

Ambron points out that while it’s “positive” that Garbo aims to address issues of inequity within the justice system by not including crimes that aren’t directly correlated with gender-based violence, the entire system disproportionately impacts racialized and low-income people. For example, Black Americans and Hispanic Americans make up 32 percent of the US population, but they make up 56 percent of the incarcerated population in the United States, according to the NAACP.

“Having an arrest record doesn’t necessarily mean you’ve done something wrong,” Ambron says. “It’s well-documented that certain groups are more likely to find themselves on the wrong side of that.”

The intent of this feature is good — that’s not in doubt. But the tech landscape is littered with good intentions that have had serious, long-lasting, unintended negative consequences. (See: The entire history of social media.) And so it’s important that Match consider the ways that integrating background checks could potentially cause harm.

For example, these checks are supposed to help people — presumably mostly women — do research on their dates — presumably mostly men — in order to see if they have a history of violence. But Ambron points out that they could also be used by potential abusers to find out information on potential victims.

“What if a guy wants to run a check on a woman?” Ambron says. “Maybe she has an arrest report for something, like a fight, but nothing seriously violent. This potentially creates a way to get someone’s full name and details before they feel comfortable disclosing that. That’s enough to put someone at high risk.”

A spokesperson from Match Group tells Avast that traditional online background checks “provide incredibly invasive access to information like home addresses, phone numbers, and emails. Garbo is focused on the reporting of violence and doesn’t provide access to this type of information.”

Olsen also envisions a possible future where someone chooses not to pay for a background check on a potential date, is assaulted, and then is blamed for their assault because they didn’t use the “safety” feature.

“Is there going to be victim-blaming and criticism for not using this tool? Because that’s the world we live in,” Olsen says. “Women are taught to do all these things to ‘avoid’ assault and we live in a world where it’s very clear the kind of treatment and questioning you receive if you don’t do all of those things. That’s not the fault of background checks, but it is how they intersect with the ways victims are treated.”

What about people doing it on their own?

One argument for integrating background checks directly into online dating sites is that it’s all information someone can access online on their own anyway. But McNamee says that’s a false equivalency.

“The fact that someone can go do something of their own volition doesn’t mean it’s legitimate for the company to do it as part of their services,” McNamee says. “Even if we accept that there are good intentions involved, this is taking place in a corporate context, where this proposal is seen as an improvement to Match’s service, which could drive more people to use it.”

The context is important for legal as well as ethical reasons, says McNamee, “If some one individual wants to do checks on everyone they encounter on Tinder, that’s fine — the risk is on them. They’re not a massive company. This is hugely relevant in Europe because the GDPR, quite rightly, has some strict limitations on who can gather data about criminal convictions and why, and these limitations wouldn’t apply to the individual in this case, but they absolutely could to Match or Garbo.”

But according to Match Group, Tinder won’t have access to the background checks themselves — they’ll simply be providing a way to access them.

“Match Group and Tinder will not be providing any data to Garbo,” a spokesperson from Match Group says via email. “All of the information used for a background check is either on that user’s external profile, or voluntarily disclosed through conversation with their matches. Match Group will also not ask for or store any users’ background check data.”

While Tinder not storing any of this information is potentially a good thing — and could quell some of the concerns that privacy and security experts have about this service — Olsen questions whether a user paying for a background check is really the solution at all.

Olsen adds that it’s not wrong to look someone up with a background search — and that it could potentially even be really helpful in some cases. “It’s just not a complete fix,” she says. “And it’s not absent flaws.”

How to Plan Your Job Search | Coursera Blog