Millers Oils is a Yorkshire-based leading manufacturer and independent blender of oils and lubricants. The company has been providing high quality products and services for over 130 years and is known for both its innovation and for adding value to businesses with specific requirements.

Today, Millers Oils delivers across a wide range of sectors. As well as over 5,000 distributors and end users in the UK, the company has a network of 50 international distributors globally, covering Europe, North and South America, and Asia Pacific. 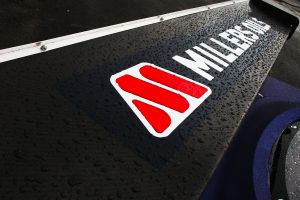 NANODRIVE is an award-winning Millers Oils Motorsport brand that was launched in 2007. It incorporates advanced nanoparticle technology for high performance applications, where stress on components is at its limit.

More:  Les Mills on Demand – Inside this all-purpose fitness programme -

NANODRIVE was developed to meet the demanding requirements of the motorsport industry for greater and more consistent lubrication over a wider temperature range, particularly in gear box applications. Today, NANODRIVE technology is used in Millers Oils engine, gear oils and suspension fluids.

How does it work?

Although the surfaces in engines and gearboxes look smooth to the naked eye, microscopic inspection reveals roughness and asperities that promote friction and wear, especially in harsh conditions where the oil film can no longer be relied upon for lubrication. Nanoparticles work by adhering to the surface of the metal components, both smoothing out the surfaces and providing a physical layer that prevents destructive metal-to-metal contact – even at high temperatures and pressures.

Esters are very valuable functional molecules in a lubricant, providing excellent lubricity as well as high oxidation stability. They are also surface-active, so they efficiently coat the metal surface to protect against friction and wear. There are different types of esters that interact differently both with themselves and other additives, so the oil blend has to be expertly balanced. Millers Oils has developed a unique triple ester formulation that works synergistically to greatly enhance performance.

More:  10 Reasons Why Our Socket Sets are the Best Ever -

Millers Oils has carried out extensive testing on its formulations, proving that NANODRIVE dramatically improves film strength, reduces friction and boosts power. When CFS NT+ grades were tested against standard passenger car oil it showed a 53% reduction in coefficient of friction. NANODRIVE products have also won the ‘Most Innovative New Product of the Year’ award at the World Motorsport Symposium (2009) and the Motorsport Industry Association’s Business Excellence Award for Technology and Innovation (2012). 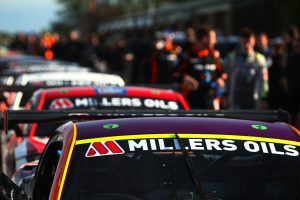 Today, NANODRIVE products are being used globally in numerous disciplines such as the British Touring Car Championship (BTCC), the Dakar Rally and the World Rally Championship, and have ranges suited for both the professional driver and the enthusiast.

The Millers Oils NANODRIVE products are available to buy on the Halfords website.