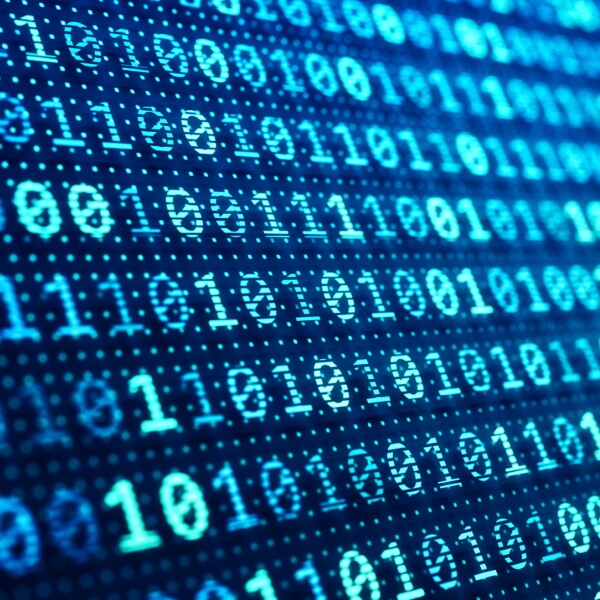 When comparing broadband offers you’ll encounter plenty of technical jargon. While specialist knowledge isn’t required to use broadband, it does help to have a handle on some of these terms so you know what to look out for to get the best deal.

Bits and bytes are among the most important concepts to understand because they relate to the speed of a broadband connection and the limits of any data usage caps, which can affect how you use the internet.

Both of these are significant when comparing offers, so in this guide, we’ll explain what you need to know about the difference between bits and bytes when it comes to home broadband.

What’s the difference between a bit and a byte?

In the context of broadband, bits are used to tell us the speed of connection by showing the number of bits a connection can send or receive every second. Typically, this will be expressed in megabits – or millions of bits – per second (commonly abbreviated as Mbps, Mb/s, or Mb).

Bytes are used for data sizes or capacity. The size of files on your computer, or those downloaded from the internet, will be in bytes, as will the storage capacity of your hard drive. Some broadband services also have a data usage limit which will be in bytes.

More:  What is guest Wi-Fi? How to set up and use a guest Wi-Fi network

Bytes are much bigger than bits; there are 8 bits to every byte. This is a crucial distinction between the two when we’re working out how long it takes to download or upload a file. For example, a broadband connection with a speed of 10 megabits per second will download a 10 megabyte file in 8 seconds (because 8 bits = 1 byte, every megabyte contains 8,000,000 bits).

How can I tell the difference between bit and byte?

However, it isn’t uncommon to see people straying from this convention and you might need to figure it out based on the context; if someone refers to a file being 20Mb, they almost certainly mean megabytes (MB) rather than megabits (Mb).

What’s the difference between kilobits, megabits, and gigabits?

Although megabits are the most common measurement for broadband, you will also see kilobits and gigabits. Some slower internet services may still be measured in kilobits per second, and there are now ultrafast gigabit broadband connections with speeds of 1,000Mb+.

The prefix indicates how many zeroes follow the number, to help us deal with the gigantic figures involved in digital information.

More:  Teachers and parents concerned about impact of further restrictions

(And it doesn’t end there, because after gigabits/bytes comes terabits/bytes. But nobody is offering terabit broadband yet so, for now, you’ll only encounter terabytes in relation to high capacity data storage and huge files).

What is the difference between Mbps and MB for broadband speed?

So why should anyone care about this when buying broadband?

Understanding the difference between bits per second and bytes helps you get an idea of how long downloads and uploads could take, how many people can share the broadband, and how it will impact activities such as video streaming. This will guide your choice of broadband service so you can make sure you’ve got a deal suitable for your requirements.

If you plan on regularly downloading large amounts of data, you’ll want to avoid using a cheap ADSL package in favour of a fast fibre optic broadband deal.

For instance, transferring a file that is 50GB in size would take just over 11 hours on a 10Mb ADSL connection, but less than two hours on a 65Mb fibre optic link.

It’s also important because some types of broadband (mainly mobile broadband, nowadays) have a data usage cap measured in bytes. If your broadband is not unlimited, you will need to keep an eye on this to avoid any penalties.

Lifetime Isa or pension: which is better? – Which? News

My villa company, airline or train won’t cancel – can I get a refund?

Last chance to earn 5% on current account savings – Which? News