Skip to content
Finance and Utilities Company News
May 28, 2020 Michael Shaw Which?

Chromebooks have long been seen as the sub-£250 alternative to a Windows laptop. So when one shows up that costs as much as a MacBook Air, your buying choices become a whole lot more complicated. Ahead of a full lab test, I tried out the Asus Chromebook C436 in a more domestic setting.

I’ve used my fair share of Chromebooks over the years, from super-cheap models up to mid-range affairs costing no more than £500. It’s a rare thing to find a Chromebook costing as much as the Asus Chromebook C436, starting at £999, which means expectations rise accordingly.

I was curious to see if I could get most of my daily work tasks done on this laptop and whether I felt I could more easily accomplish them than with my usual Windows laptop, or even a MacBook.

My conclusion? Chrome OS combined with the the power of web-based programs and apps is impressive, but paying this much for a Chromebook still feels like it might be overkill. Read on to find out why.

A nice little 2-in-1. It weighs just 1.1kg, and there’s a 14-inch touchscreen with a 360-degree hinge so it can be flipped around and used like a tablet. It will be sold in the UK with a stylus pen, but the model I had to test didn’t come with one so I wasn’t able to try it out.

It was nice to have a laptop that was both thin and light, as it meant I could easily carry it from room to room if I wanted to change positions. Given our current working from home situation, the ability to have a change of scene every now and then without having to faff around with a heavy laptop was a boon. I spent more hours than I care to admit WFH (working from hammock). 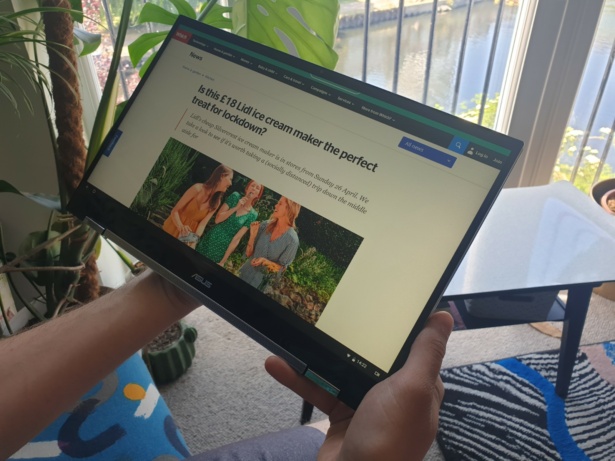 Also useful was the excellent battery life, which I found kept me going for a full working day if I was doing fairly simple tasks, such as reading through PDFs or writing documents. I could get up and move anywhere without having to take the plug with me. And, if I did need to plug in, this laptop has a USB-C charging port so any compatible Android phone charger can give it a top-up.

This laptop has an Intel Core i5 processor and 8GB of Ram, so at no point did I feel it was too slow for my needs. Web pages loaded in a snap and any apps I had installed were quick and easy to handle.

Does it feel like a £999 laptop, though? I’d say probably not; the shell feels solid, but also feels like it’s definitely at least partly made from plastic or some sort of plastic-metal alloy, which is some way short of the luxurious metal of the MacBook Air or Microsoft Surface Laptop 3. This device does have the extra selling point of being a 2-in-1, but if I’d paid just shy of a grand for this laptop I think I would have a small amount of buyer’s remorse purely based on that initial unboxing experience.

More:  Coronavirus: what it means for your travel insurance 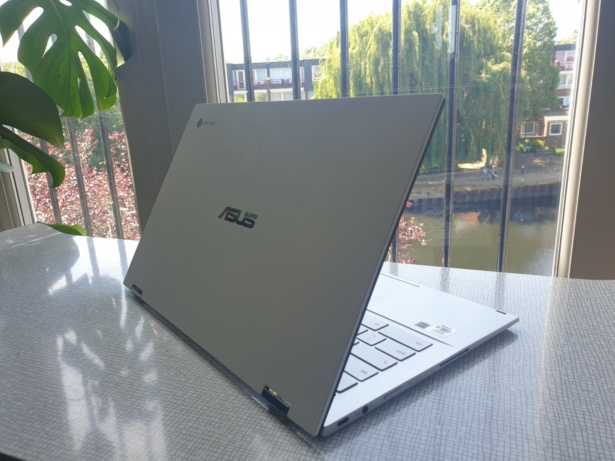 This isn’t helped by the fact that the touchpad can be very erratic in use; it made doing precise tasks – such as editing map points on OpenStreetMap (yes, I am a nerd) – tedious. I also found the touchscreen a tad unresponsive; if I wanted to scroll up or down on a document it would take about half a centimetre of swiping to actually get the thing to move.

Is Chrome OS up to the task?

Putting it simply, Chrome OS requires you to embrace a cloud-based lifestyle. That is to say, you’ll need to start storing your documents, photos and whatever else in Google Drive in order for Chrome OS to really make sense. That said, there is 256GB of storage built into the device, and unlike what you might have read elsewhere, storing files locally on your Chromebook is fine.

Thanks to updates to the design of Chrome OS in recent years, you can now use a built-in file explorer to find both your locally stored files and those that are in the cloud. These are separated into two different sections of the file explorer (local and those in Google Drive), but it is fairly obvious how they work.

And, no, you don’t need an internet connection to work on your files in the cloud. By default, files that you have worked on recently are also stored on the laptop and if you edit them when you don’t have an internet connection, your changes will be synchronised with the cloud when you next get online. This, again, takes some getting used to especially if you use a Chromebook out and about but perhaps use a different computer when you’re at your desk, but it works pretty seamlessly.

Because most of what you do happens inside the Chrome web browser – but split into different windows – it can get a bit confusing as to where the tab you’re looking for has gone. Is it in this window or another? There is a dedicated task-switcher button on the keyboard, but it’s still hard to spot where your tab has gone. I also like working with programs side-by-side, but I found it hard to set them up easily; unlike Windows where you can simply drag Windows over to one side and they will automatically re-size, Chrome OS requires you to painstakingly resize windows manually.

What programs can you use?

This is where Chrome OS continues to be a bit confusing. Some programs are simply web apps; Gmail, for example, is just a shortcut to the Gmail website, and Google Docs is the same. This isn’t necessarily a bad thing; web apps are really powerful and very useful, but having them listed as separate programs is confusing.

More:  Tips for filing your tax return to qualify for SEISS – Which? News 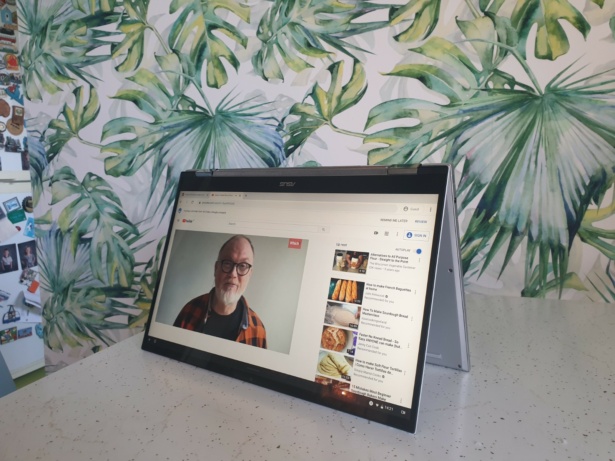 This is made more confusing by the presence of the Google Play app store. If an app exists for Android, you can pretty much guarantee you’ll be able to install it on your Chromebook. Again, I have found this useful but not as good as I’d have hoped. Spotify, the Guardian newspaper app and YouTube all work, but they all work in the same way as they’d work on a smartphone. This means buttons are either really big or too small, depending on how the app has been designed, and can make navigating around them fiddly. It was useful to have Spotify as an app, but it wasn’t a brilliant experience and not a patch on the proper program you’d get on Windows, for example.

Can you get the Microsoft Office suite?

If you’re dead set on Microsoft Office software, you can access it either via the web browser or by downloading the various apps from the Google Play Store. You’ll need a Microsoft 365 subscription to use the apps, but I have to say that I was impressed by their performance; they didn’t feel like re-sized smartphone apps; they felt genuinely like they were meant to be used on a Chromebook. With that said, the web versions of Microsoft Office apps are also very good and also automatically sync with the cloud.

Is it good for photo editing?

If you like to edit photos, there are plenty of apps to choose from in the Play Store, including a trimmed-down Photoshop, Pixlr and Google Photos. Each offer a different level of features, so you should try out a few to see which ones suit your needs. I found Google Photos to be just fine for making basic touch-ups to photos I’d taken of my locked-down life, but you may want more advanced features if you’re really into your photo editing.

I’m impressed with how Chrome OS has matured in recent years and the addition of Android apps and an improved interface has helped with this. However, for a power user – someone who multitasks and switches around programs quickly – I found it to be a hard sell.

The actual hardware I used was good – the Asus C436 is a very nice laptop with a good screen – but I didn’t feel I was working to my absolute most efficient when using Chrome OS. It is certainly something I would consider if I were buying a secondary laptop, perhaps one that is very small and very light, but I would personally not spend more than £400 if I did so.

Could you lose your loyalty points due to lockdown? – Which? News

One in three parents still paying for nursery despite closures – Which? News

Pulse oximeters and COVID-19: what you need to know – Which? News