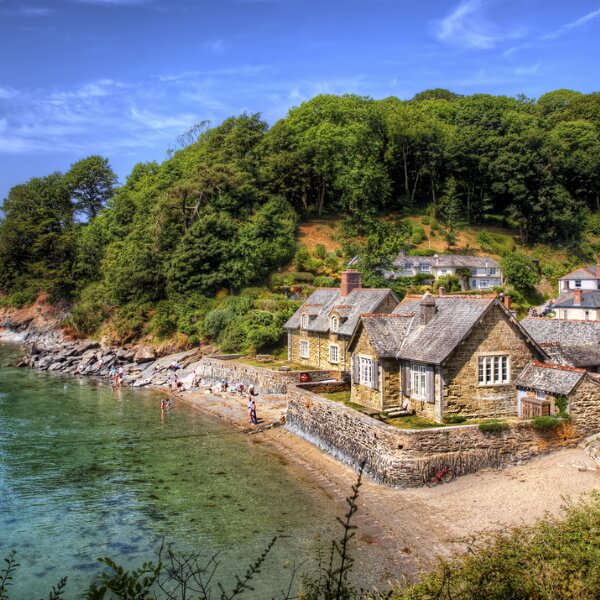 Do you own a holiday or second home and need broadband access when you visit? Do you manage a holiday villa, apartment, cottage, or Airbnb business and want to offer free Wi-Fi broadband to your guests?

Whatever the situation, there are a few things to consider when choosing broadband for a second home to ensure you get the right service. Depending on the circumstances, a standard home broadband deal might not be the best fit.

This guide will show you how to choose the perfect broadband service for second homes, holiday homes, short-term lets, and Airbnb properties.

There are a few types of broadband which should suit most kinds of second homes and holiday lets.

A regular home broadband service on a cheap long-term (12, 18, or 24-month) contract will be a sound option for many second and holiday homes, especially if you are hosting visitors all year round. This includes the choice of very affordable ADSL broadband and faster fibre optic deals.

While most fixed-line home broadband comes tethered to a long contract, there are some short term or no-contract (rolling monthly) deals which can be more appropriate for short visits. You can get a similar choice of speeds as a regular broadband service and cancel for free when it’s no longer required.

If fixed-line broadband is not available or not suitable, then mobile broadband can be used instead. Crucially, it offers much more flexibility in terms of cost and contracts than other types of broadband. You can also get a similar experience to a regular home broadband connection by purchasing a Wi-Fi router which accepts mobile broadband SIM cards.

More:  How to speed up Wi-Fi and wired home networks

What’s the best broadband for a second home or holiday home?

The best broadband for your holiday home or second home will depend on how frequently the property is occupied.

If you only visit occasionally or stay for short periods, you are probably best served by either a no-contract home broadband deal or mobile broadband.

No-contract broadband does require a line, and you will need to allow two weeks for it to be set up (and pay installation fees each time). But it will usually provide the best speeds and most reliable connectivity. However, given the installation time and cost involved, this only makes sense if you stay for at least a month or two.

If your stays are short or you don’t want to pay installation fees each time, consider a mobile broadband deal instead.

But you may have to adjust how you use the internet because most deals have a data cap (although there are some which have unlimited data). It may not be as fast as you used to, either. If you need a router that provides both wired and wireless connectivity you will probably have to purchase your own hardware, because most mobile broadband deals will only include a fairly basic Wi-Fi hotspot dongle.

It’s also crucial to confirm signal strength in the area before buying. Ideally, you will have at least 4G, though a good 3G connection can be acceptable if you do not need fast speeds.

For frequently occupied properties, a cheap home broadband deal on a contract of at least 12 months will provide the best value for money. You can get very fast speeds (depending on availability in the area) at a low cost, often with free setup and free gifts.

However, depending on how frequently the property is used, it is worth comparing the cost of long and short term deals over a year to see whether it is cheaper to pay for the broadband even when it’s not used, versus the cost of a no-contract deal which you cancel at the end of each stay.

If it’s rented out when you’re not staying there you could account for the broadband in the rental fees; deals are available for well under £1 per day, so this is a minor expense.

What’s the best broadband for an Airbnb or holiday let?

The considerations for broadband in a holiday let or Airbnb property are much the same as choosing broadband for a second home.

If your property is let all year round, then you should sign up for a long-term contract and take advantage of the lower running costs and up-front fees.

If it’s only hosting visitors at certain times of the year, opt for no-contract or short-term broadband.

Unlimited mobile broadband could also be used if you can’t or don’t want to get fixed-line broadband, but avoid packages with data limits or your guests could rack up enormous bills.

But don’t just go for the cheapest offer available – you should also consider the maximum number of guests who are likely to be staying at any time and select a suitable speed.

ADSL broadband with an average speed of 10Mb is okay for a couple of people but could be painfully slow for bigger groups, and lead to complaints. Fibre optic broadband isn’t much more expensive and provides significantly quicker connectivity.

As well as choosing the right deal, you will also need to think about Wi-Fi router security. For your and your guests’ safety, it’s important to make sure the broadband is protected against the possibility of strangers interfering with the router.

Hide the router
Guests should not have physical access to the router. Prevent any risk of damage or mischief by locking it away (although do make sure it can still be switched off at the socket in case it needs to be reset).

Set up guest Wi-Fi
If available, use the guest Wi-Fi function of your router to create a separate internet connection just for visitors. With guest Wi-Fi, they can get online but will not have access to the rest of your network.

Regularly check the router settings
Get into the habit of checking the router’s configuration regularly, so you know if anything has changed. If it helps, you could take screenshots when it’s initially set up so you can refer to them later.

A Lunch That Means Much More Than Just a Meal