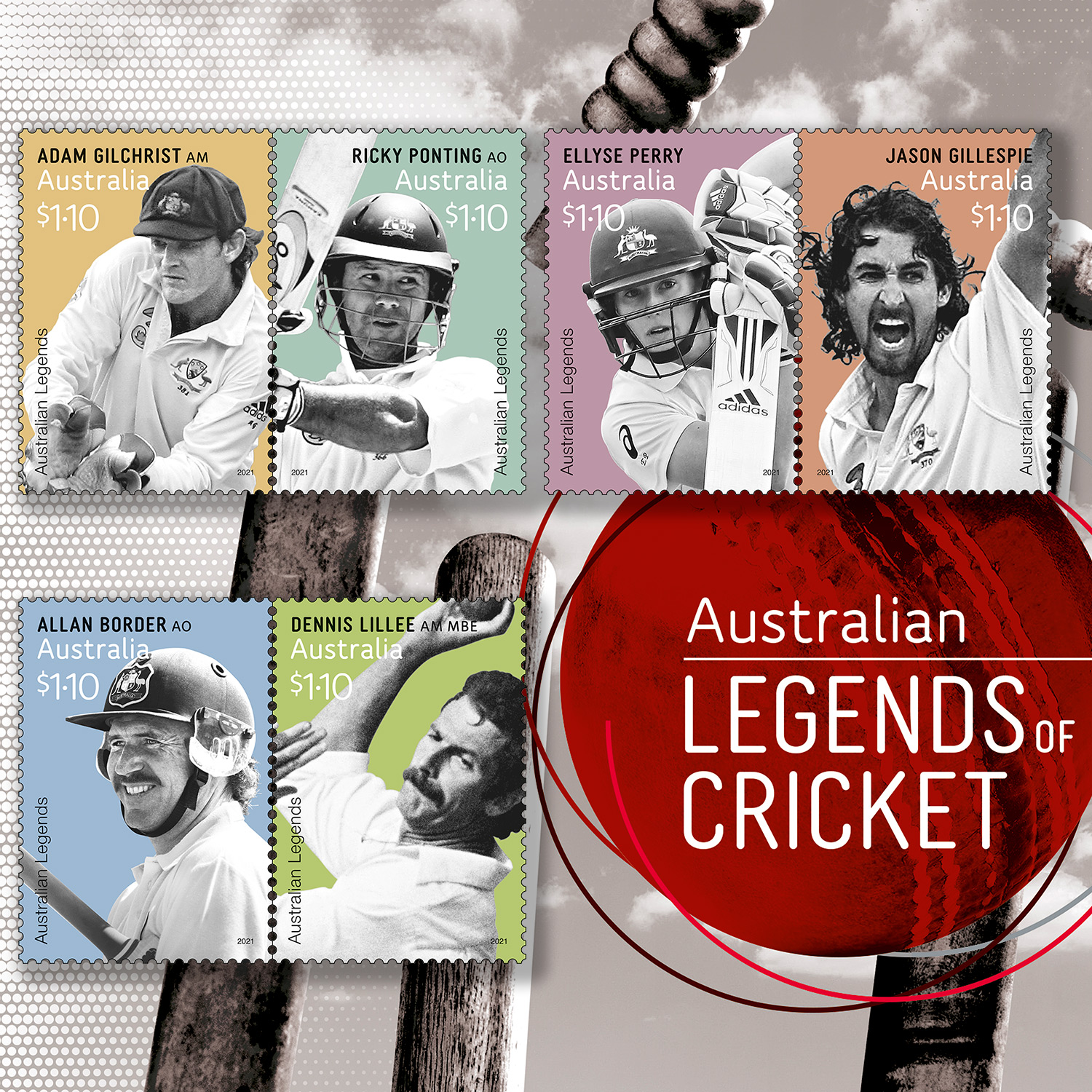 Six of Australia’s greatest cricket stars are being honoured in the 25th annual Australia Post Legends Awards, celebrating their significant contribution to the world of sport and the wider community.

The 2021 Legends – Allan Border AO, Adam Gilchrist AM, Jason Gillespie, Dennis Lillee AM MBE, Ellyse Perry and Ricky Ponting AO – will each have their portrait featured on new postage stamps as part of the Australian Legends of Cricket stamp issue, available for pre-order now at auspost.com.au/legends.

Australia Post Executive General Manager Community & Consumer, Nicole Sheffield said each of the cricketers had been recognised for their contribution to Australian culture as well as their sporting excellence.

“For more than 200 years, cricket has played an important role in shaping our summers and our culture and has had a profound impact on the way we see ourselves and each other,” she said.

“These Australian cricket stars are sources of great national pride and celebrated all over the world as shining examples of determination, agility and skill.

“The very first recipient of the Australia Post Legends Award was Sir Donald Bradman, so it is fitting that we return to the crease in the award’s 25th year,” Ms Sheffield added.

Since 1997, the annual Australia Post Legends Award has celebrated living Australians who have made a unique contribution to the nation through their field of endeavour, inspiring the community, and influencing the way Australians think about themselves.

In addition to Sir Donald Bradman, past recipients include sporting greats Ron Barassi, Betty Cuthbert and Rod Laver, as well as contributors to the fields of medical science, philanthropy, the arts, Indigenous leadership and literature.

The stamps and associated products are available for pre-order from today, and will be available at participating Post Offices, via mail order by phoning 1800 331 794, and online at auspost.com.au/stamps, from 26 March 2021 while stocks last.