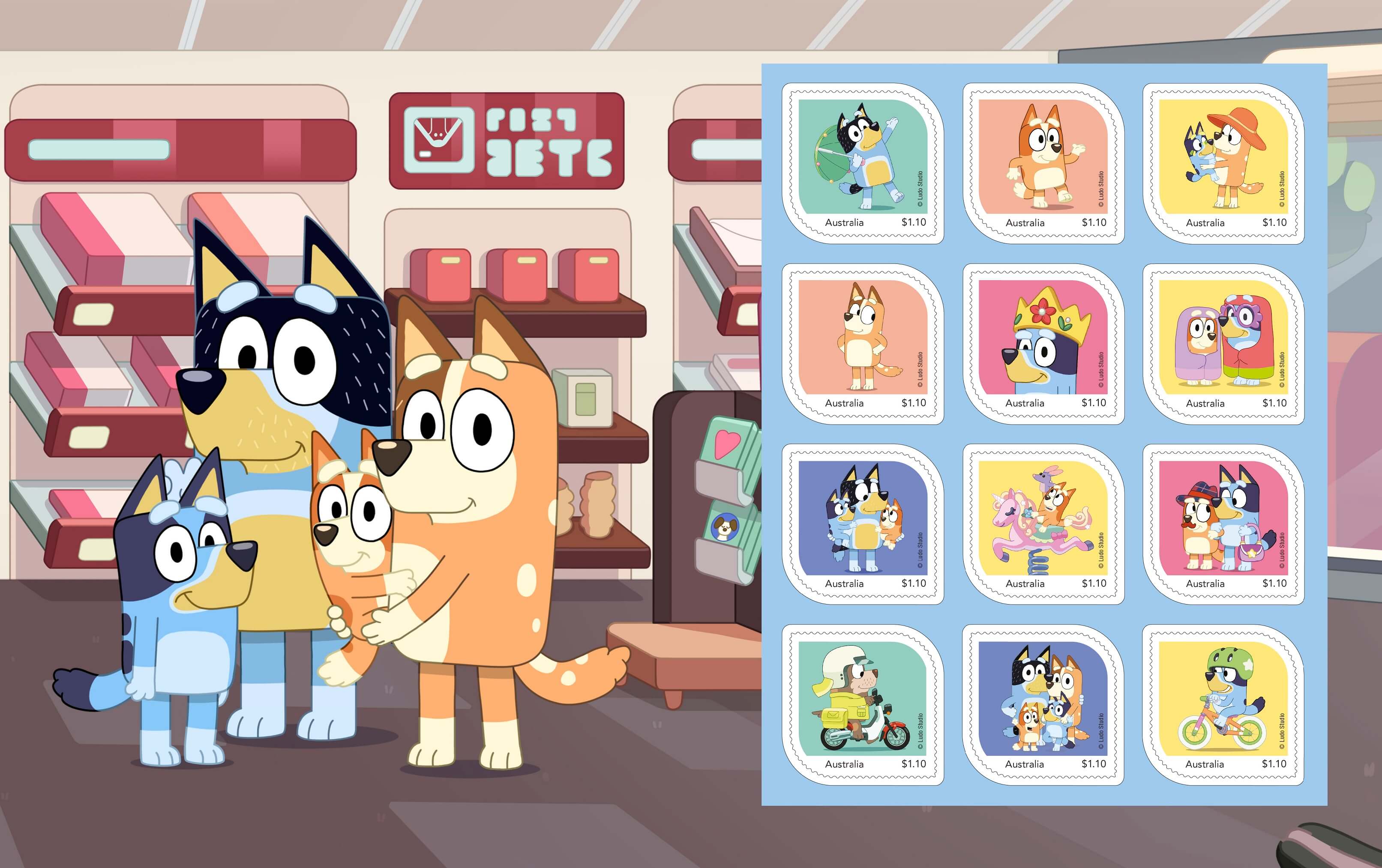 Australia Post is celebrating one of the country’s much-loved animated children’s television series – Bluey – in its latest licensed stamp pack.  A licensing deal between Australia Post and BBC Studios will see the limited-edition stamp pack inspired by the series available online and in selected post offices from today.

Speaking on the release, Australia Post Philatelic Manager Michael Zsolt said the stamp pack was one for Bluey fans, the general public and collectors alike.

“The Bluey stamp pack will make a memorable keepsake with Bluey and her family featured on fun stamp shapes from our new MyStamps range.  Look out also for the colourful picture of the family visiting a post shop inside,” Mr Zsolt said.

Created in Brisbane by Joe Brumm and produced by Ludo Studio, Bluey follows the adventures of a lovable and inexhaustible six-year-old Blue Heeler dog who lives with her dad, mum and four-year-old sister Bingo.

“We never could have imagined that Bluey and her family would be dropping through letterboxes and into Australian homes so we were delighted to be asked to collaborate with Australia Post on this set of stamps. We had a lot of fun creating the designs that feature in the Bluey stamp pack and we hope they put a smile on people’s faces,” Bluey Producer Sam Moor commented.

More:  Australians shopping online more than ever before

The Bluey licensed stamp pack costs $15.50 each contains one sheetlet of 12 self-adhesive stamps featuring different Bluey character graphics and uses the new MyStamps range of personalised stamps. The stamp pack is available across Australia at participating Post Offices, via mail order on 1800 331 794, and online at auspost.com.au/stamps from Tuesday 30 June 2020 while stocks last.