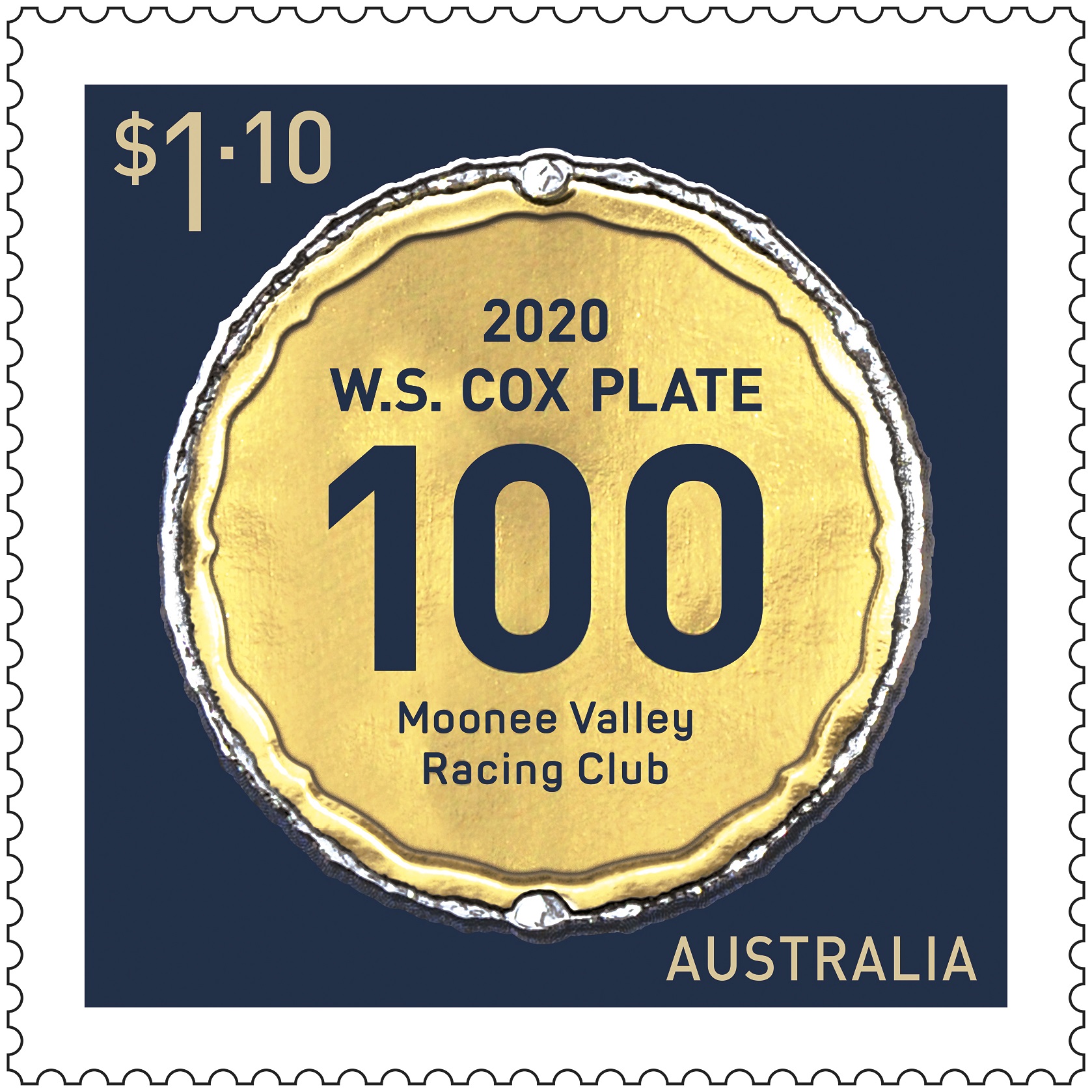 Australia Post is celebrating the 100th running of the legendary W.S. Cox Plate with the release of a commemorative stamp featuring the 9ct solid Yellow Gold Plate Trophy.

Named after William Samuel (W.S.) Cox (1831–1895), a pioneer of thoroughbred racing in Australia who opened the Moonee Valley Racing Club in suburban Melbourne in 1883, the undisputed Weight-For-Age Championship of Australasia has an honour roll that is the envy of the racing world.

“Each of the 99 runnings of the W.S. Cox Plate has delivered unique and exciting moments in the Moonee Valley Racing Club’s history, and in Australian racing history,” he said.

“We celebrated Winx with her own stamp when she won her record-breaking fourth W.S. Cox Plate, and we are so pleased to now be honouring the legendary race itself.”

“We’re thrilled that Australia Post has issued this commemorative stamp to celebrate The Race Where Legends Are Made and it is a wonderful way to celebrate the 100th running of the W.S. Cox Plate.”

The inaugural W.S. Cox Plate was run in 1922 with English horse Violoncello taking out the honours and the race quickly grew in prominence. In 1946, the race was run in two divisions, resulting in the event being recorded in the official record books twice for that year.

In addition to the stamp released today, Australia Post will also be releasing two products after the running of the 100th W.S. Cox Plate: a Medallion Cover featuring the winning horse and a Celebration Race Book that will include statistics of all 100 races and stamp pages of the Cox Plate Stamp.

Statement regarding the press concessions

DPD will more than double its network of automated Pickup stations in the Baltic countries, with the fastest growth foreseen in Lithuania – DPDgroup