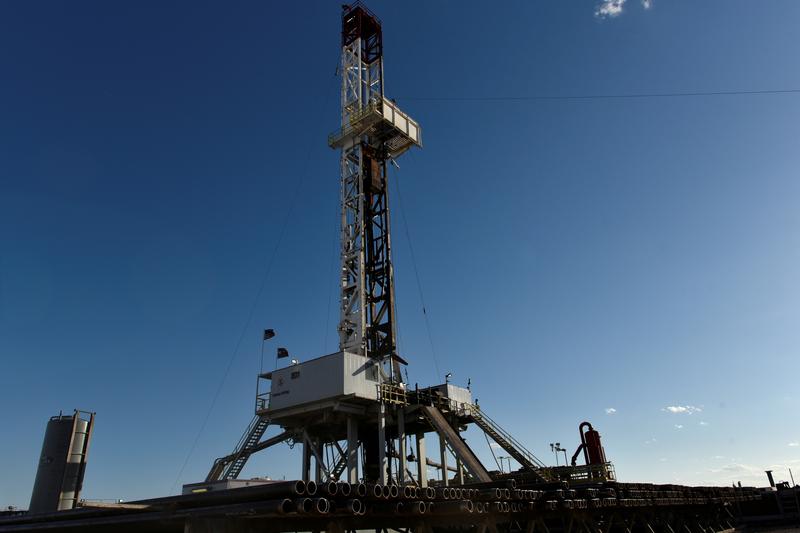 HOUSTON/NEW YORK (Reuters) – Consolidation in the U.S. shale industry is accelerating, ratcheting up pressure on oil and gas producers to gobble up smaller rivals, analysts and executives said.

Pioneer Natural Resources Co, one of the largest independent shale operators, joined the ranks of dealmakers as it announced on Tuesday a low-premium $4.5 billion buyout of Parsley Energy Inc.

The coronavirus pandemic has slashed oil demand and forced struggling shale producers to cut costs as they cope with a suboptimal $40-per-barrel crude price, an uncertain outlook, and the need to invest to keep production flat due to the swift rate at which shale well output declines. Global majors are not likely to step in, so analysts expect the dwindling universe of notable producers to seek out deal partners.

“The universe of companies with which you can combine is shrinking by the day,” said Matthew Portillo, managing director at investment bank Tudor, Pickering, Holt & Co.

“Those without very strong balance sheets are trying to survive,” Concho Resources Chief Executive Tim Leach said in an interview on Monday, when the Conoco deal was announced. Leach said companies with stronger balance sheets will buy weaker firms.

Investors are increasingly looking for companies with market values of at least $5 billion, preferably those that pay dividends. While most of the larger shale firms pay dividends, a Refinitiv Eikon index of U.S. oil-and-gas producers has lost 55% this year, compared with the S&P 500’s 7.4% rise.

“The outlook for the smaller companies in the sector has diminished,” Portillo said.

Financial buyers could emerge as buyers, as many companies carry heavy levels of debt.

“It’s going to take the banks to take over on companies and consolidate them into bigger companies,” said one shale executive, who did not think many companies had strong enough balance sheets to acquire rivals.

Bankruptcies are up 21% so far this year among energy producers, according to law firm Haynes and Boone.

Even combined companies would “still have to walk the tightrope” between trying to return capital to shareholders and spending to keep high-decline shale fields pumping, said Andrew Dittmar, M&A analyst at Enverus.

Shale output rebounded during the summer after the initial pandemic-induced lockdowns, but companies are investing less now. Shale production is expected to fall by 123,000 barrels per day in November, the largest drop since May, according to U.S. Energy Department figures.

Deals must add to cash flow, not add too much debt and have small premiums, said Jennifer Rowland, analyst with Edward Jones. “Any deal that requires significant cost savings or a higher oil price to justify the price paid will not be well-received,” she said.

Reporting by Jennifer Hiller in Houston and David French and Devika Krishna Kumar in New York; Editing by Marguerita Choy

Berkshire Partners to buy CrossFit along with Eric Roza

Chevron to Cut a Quarter of Noble Energy’s Employees