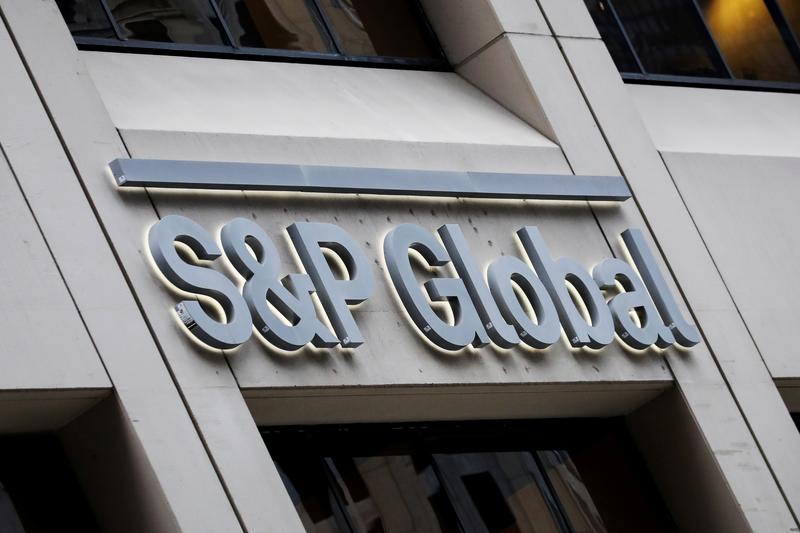 The deal raises the stakes in the consolidation sweeping the fragmented financial information services industry, as companies race to create one-stop shops to lure the biggest clients and invest in artificial intelligence and machine learning.

Not all of them provide the same financial data, yet most of them chase the same clients, from investment bankers and traders to corporate executives and treasurers.

The combination of S&P Global and IHS Markit is bound to be reviewed extensively by antitrust regulators given the scrutiny that the London Stock Exchange’s acquisition of Refinitiv attracted, especially from the European Union. S&P Global and IHS Markit said their businesses had very limited overlap, and that they expected they would have the necessary regulatory approvals to complete the deal in the second half of 2021.

S&P Global is a distant No. 3 by annual revenue behind Bloomberg and Refinitiv, according to market research firm Burton-Taylor. While the acquisition of IHS Markit, the No. 8 player, would not change that ranking, it would accelerate S&P Global’s growth.

The deal will combine S&P Global’s credit ratings, market intelligence businesses and stock and energy benchmarks with IHS Markit’s fixed income benchmarks and indices, bond pricing and reference data, and information on the natural resources, automotive and engineering sectors. It will enable the distribution of IHS Markit products and services to S&P Global’s 1 million desktop users.

The deal’s stock exchange ratio of 0.2838 shares of S&P Global shares for each IHS Markit share implies only a small premium of 4.7%, based on Friday’s closing share prices. Yet IHS shares soared 10% to $104.45 on the news, as IHS shareholders, who are set to own about a third of the combined company, cheered the deal’s targeted annual cash flow synergies of $680 million, to be achieved in five years.

“One interesting aspect is the opportunity to create new products from very valuable datasets in both S&P Global’s bond issuance and IHS Markit’s fixed income pricing and valuation, which could result in additional revenue synergies outside of the obvious cross-selling opportunity,” Jefferies analysts wrote in a research note.

The companies said the merger will generate annual free cash flow exceeding $5 billion by 2023, allowing them to invest more than $1 billion in technological advances.

S&P Global became a standalone business in 2011, when its parent McGraw-Hill separated it from its education business. London-based IHS Markit was formed in 2016, when IHS, whose businesses include data on automotive and technology industries, bought Markit Ltd for around $6 billion.

Both companies have gained tens of billions of dollars in value since then, underscoring the financial data sector’s growth.

Peterson will lead the combined company, which will be headquartered in New York while IHS Markit CEO Lance Uggla will be a special advisor for a year after the deal closes.

“The next steps will be to receive regulatory approvals both in the U.S. and the EU, which we expect to take between six to nine months, and receive approval by our respective shareholders,” Uggla said in the internal memo seen by Reuters.

A source familiar with the matter, speaking on condition of anonymity to discuss internal deliberations, said S&P Global may have to divest a part of IHS Markit’s ‘resources’ division that focuses on market pricing to secure regulatory approvals for the deal. This includes overlap between S&P Global’s energy and commodities information service Platts and IHS Markit’s oil price information service Opis.

The overlap is small and any sale of parts of the Opis business would not affect the profitability of the companies, the source added.

Merger and acquisition activity touched a record high in the third quarter, with more than $1 trillion worth of transactions, mostly focused on coronavirus-resilient sectors such as technology and healthcare, according to Refinitiv data.

The London Stock Exchange is in the final stages of securing regulatory clearances for the acquisition of Refinitiv, which has been through a long review process by the European Union’s competition commissioner.

Goldman Sachs acted as lead adviser to S&P, while Morgan Stanley was leading the negotiations for IHS. Citi and Credit Suisse also worked with S&P, while Barclays, Jefferies and JPMorgan helped IHS.

Recycling group acquired out of administration